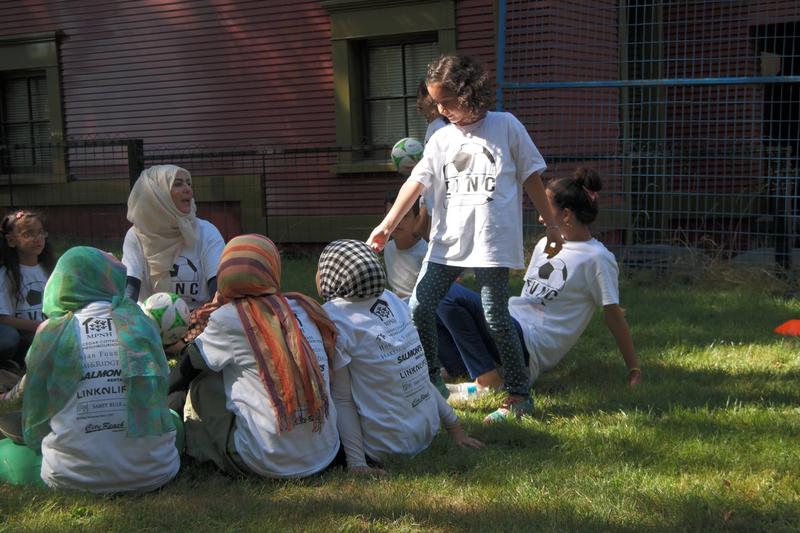 As co-founders of the East Vancouver Newcomer camp, UBC students Duncan Bernardo and Dakota Koch are striving to create a “friendly community” for the mostly-Syrian refugees who have recently arrived in Vancouver.

According to the camp’s mission, this integration process is built on a dual focus on English language skills and sports education.

“When you have children that are on the playground and are new to Canada, and don’t speak English, don’t know how to join in on the games, it’s likely they are going to be socially excluded,” said Koch. “When the parents see their children being equipped with the skills they need to transition better into Canada, they obviously feel a lot more welcomed.”

The two pillars — especially the latter one — are also influenced by the co-founders’ personal experiences.

“When I was 11, I moved to Spain for a year with my family and the move was quite unexpected so when I got there — I didn't speak any Spanish and I just went to the local public school,” said Bernardo. “It was pretty hard to make friends, but the way I was able to was through soccer so even though I couldn't speak the language, I could connect with people through the sport and join in on games.”

Meanwhile, Koch references the benefits he has received from playing and coaching aquatics in his biography.

Furthermore, since the the conflict in Syria has raged on for over six years, many of the children at the camp — who are between the ages of six and twelve — have had little to no formal education. As a result, the camp also serves to familiarize them with this structure.

“What we do in our camps is we have a structure to our days, a more disciplined approach to their education than they are used to so they are prepared for a more structured environment when they begin to go to school,” said Bernardo. “They’re excited to be in Canada [and] they just want to go to school. [They are] a little apprehensive but we help them get over that.”

For their work so far, Bernardo and Koch have received a positive response from the UBC community and an employment grant from the federal government.

However, they are still far from their fundraising goal of $30,000 — money that would go toward the camp’s transportation, food, equipment, facility rental and insurance — and are still looking for Arabic speakers for a full time job in July and August.

While there remains much to be done, the co-founders are optimistic about their project and moved by how receptive and appreciative the children are.

“Going into it, I knew it'd be a positive experience, but you know a lot of people say volunteer work is so rewarding, but I found this to be unbelievably rewarding. It was unexpectedly amazing,” said Bernardo.

Koch added that by the end of the camp, the children would draw them pictures saying “thank you” and wouldn't leave until they gave them hugs.

Overall, the camp is not a political statement to the co-founders — it's a necessary act.

“We are focused on the human aspect, because once they are here, I mean, they’re here. We gotta help them right? They need help, so we help them. It’s not a political issue, it’s not up to debate, it’s simply people helping people,” said Koch.