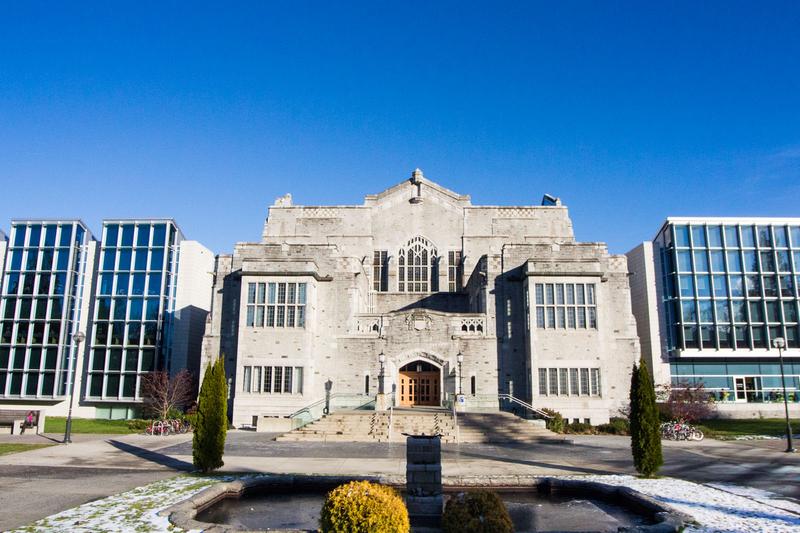 Housed in Irving, the UBC Writing Centre services are in jeopardy. photo Cherihan Hassun / The Ubyssey

Starting September 2016, the UBC Writing Centre’s tutoring services will no longer be in operation for undergraduate and graduate students wanting help with their academic essay writing.

“Although the Writing Centre’s role with the tutoring service will be discontinued in the coming months, the Writing Centre itself will remain in operation as will its online portal which features many tools to assist students in the writing process,” said a statement from Peter Moroney, executive director of UBC Continuing Studies, to The Ubyssey.

The reasons for shutting down the program, which has been operating at UBC for 24 years, were not disclosed in Moroney’s statement. Tutors believe that it is due to financial issues facing the Writing Centre, but this has not been confirmed by the university administration.

The centre’s tutors help students with their writing at any part of the process, whether that be the initial stages of reading the assignment prompt, polishing a completed essay or any step in between — they can even assist students with cover letter and resume writing or laboratory reports.

Tutors with the program say that although midterm and exam seasons are the busiest for the centre, they receive a constant flow of students during the rest of the academic term as well and students are always very appreciative of the service.

Allison O’Neil, a recent grad of UBC who worked as a tutor at the centre for three and a half years through a placement with the WorkLearn program at UBC, is adamantly against the change. “It’s not really a matter of how many people are using the service, it’s the fact that there is no replacement for this service. It’s important to a lot of students,” she told The Ubyssey.

“Even though other faculties offer specialized writing services, this is the only one which encompasses the entire spectrum of UBC’s student body,” reads the introduction to an online petition fighting to keep the centre open. The petition was started by the tutors who work with the program. At the time of publication, it had 369 signatures from students, teaching assistants and even some professors asking the university to keep the centre open.

The petition allows people who sign it to leave comments as to their reasoning and many showed their support for the centre.

“Writing lies at the core of effective communication and many of our UBC graduate and undergraduate students need more help with their writing than what faculty members and course instructors can provide,” said Andrew Trites, who did not specify his affiliation with the centre. “I see the Writing Centre and the tutors as an essential service that helps ensure that all UBC students excel and are not held back by poor writing skills.”

“We have many students in the first-year seminar in science (SCI113) who benefit tremendously from this service — in particular, EAL [English as an additional language] students. If the centre closes, I fear that the number of students that fail the course will increase. Please keep this service!!” wrote Gunilla Oberg, a professor at UBC.

“Continuing Studies and the Office of the Provost, which oversees [Continuing Studies] programs including those of the Writing Centre, are exploring a number of options aimed at finding a viable way to preserve the service,” said Moroney in the email statement.

The UBC Library has expressed interest in running the student tutoring service in the Chapman Learning Commons, which already offers a variety of other services such as peer academic coaching, academic coaching and language assistance.

Moroney mentioned that the office had first reached out to the AMS for support, which already offers several online and in-person tutoring programs. “We hope to begin discussions with the AMS soon,” he said.