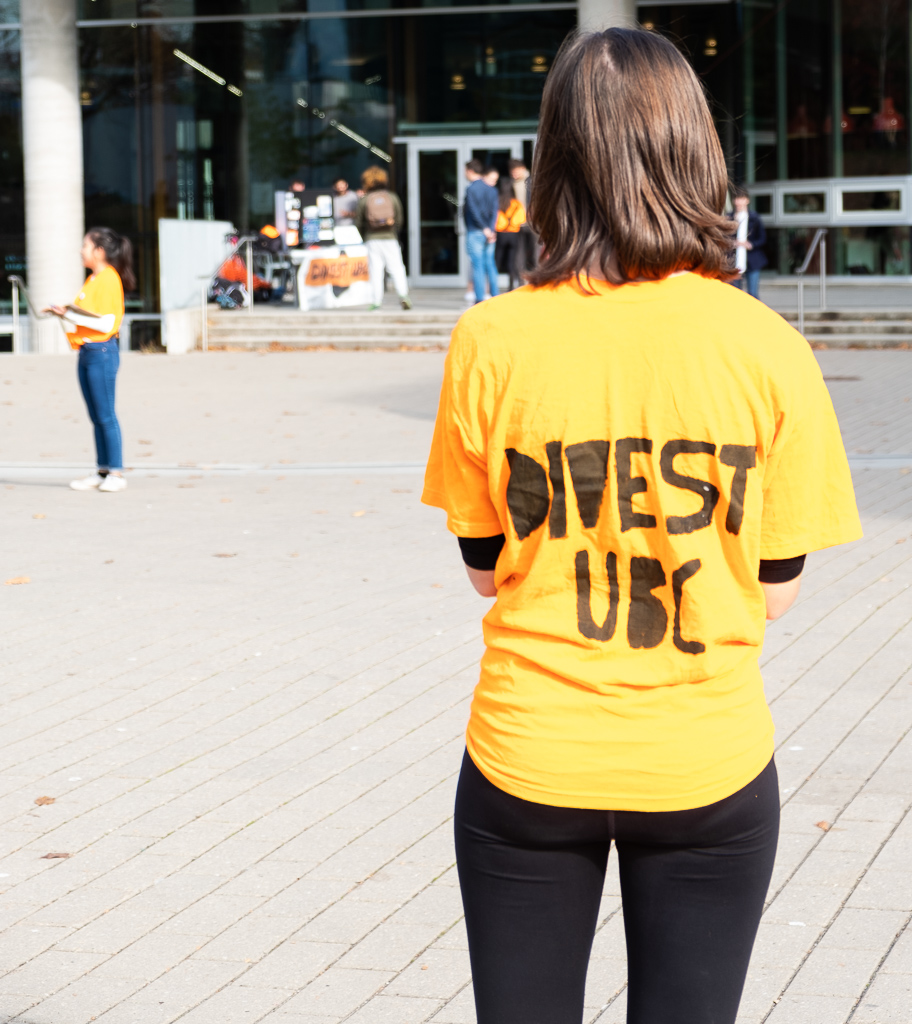 After a lull in protests, UBCC350 reemerged in a demonstration urging UBC to divest its endowment from fossil fuels.

At a small demonstration outside the Nest today, campus climate activist group UBCC350 renewed its call for UBC to completely divest from its investments in fossil fuels.

The group hung a large banner from the roof of the Nest that read “We Won’t Rest Until UBC Divests” and distributed a petition asking UBC’s Board of Governors (BoG) to completely divorce itself from investments in fossil fuel companies.

The university currently has a fossil fuel-free investment path for donors called the Sustainable Futures Fund (SFF) — but as UBCC350 member Victoria Nava pointed out, it only constitutes around one per cent of UBC’s endowment.

“What about the 99 other per cent, you know what I mean?” she said. “We’re asking UBC to divest the rest.”

“We think [it’s] incredible hypocritical because we are supposed to be a university that values sustainability,” UBCC350 member Kate Hodgson added.

At a BoG’s finance committee presentation on September 13, BoG Chair Michael Korenberg raised concerns that the SFF was not being adequately advertised.

“I don’t see evidence that that’s happening,” said Korenberg at the time. 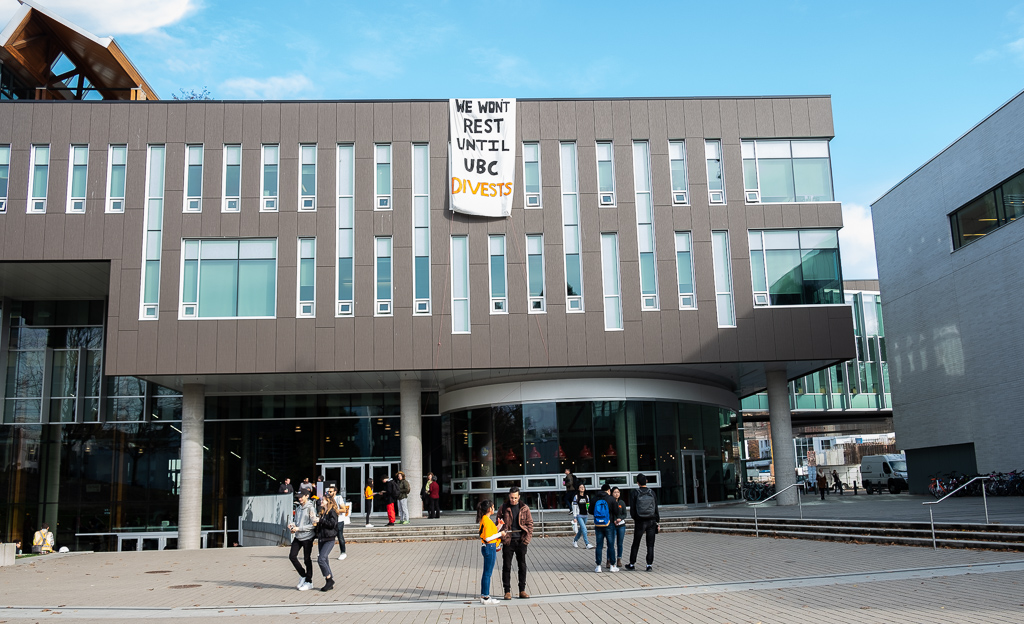 Nava concurred but also stressed that the university should look beyond the SFF and divest entirely, noting that many students the group spoke to are “shocked” that UBC even invests in fossil fuels.

“A lot of students didn’t know until today that UBC invests in fossil fuel companies,” said Nava. “That’s actually a shocker to them — a lot of them are like ‘How could they do this?’”

“After a detailed review and third-party analysis of their proposal, the Board concluded that a three-part approach of setting up the Sustainable Future Pool, continuing to use [Environmental, social and corporate governance] principles to manage the main endowment fund, and engagement through the Canadian Coalition for Good Governance would influence corporate behavior more meaningfully,” he said.

Until recently, the AMS also invested in companies like Enbridge Pipelines Inc and Inter Pipelines Ltd. The society has since mandated a complete fossil fuel divestment within its investment policy, following approval from AMS Council in August.

“The AMS represents students and students want divestment, so the AMS has generally been supportive of the divestment movement,” Hodgson said.

“We’re excited to continue working with them to get the university to divest.” 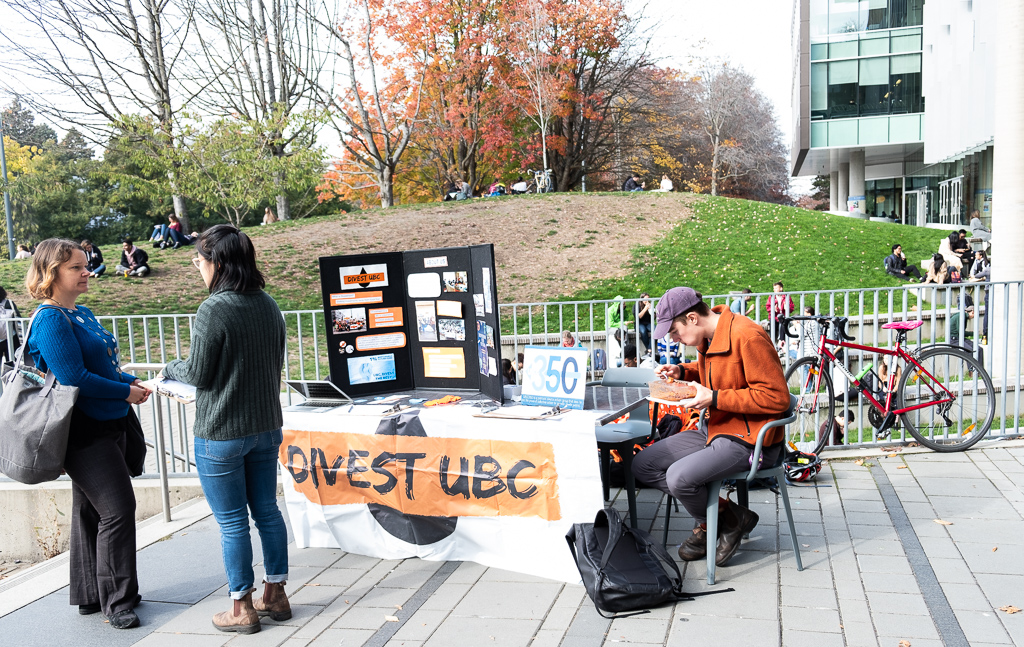 Besides negotiating with university stakeholders, UBCC350 also stresses maintaining the community’s interest in divestment. In 2014, the group spearheaded a referendum on the issue, which received support from 76.9 per cent of students and 61.9 per cent of faculty.

“The other half has to do with continuing building the momentum on campus because our university administration isn’t going to respond to us unless they know that students and faculty and staff at UBC want to see this change,” said Hodgson.