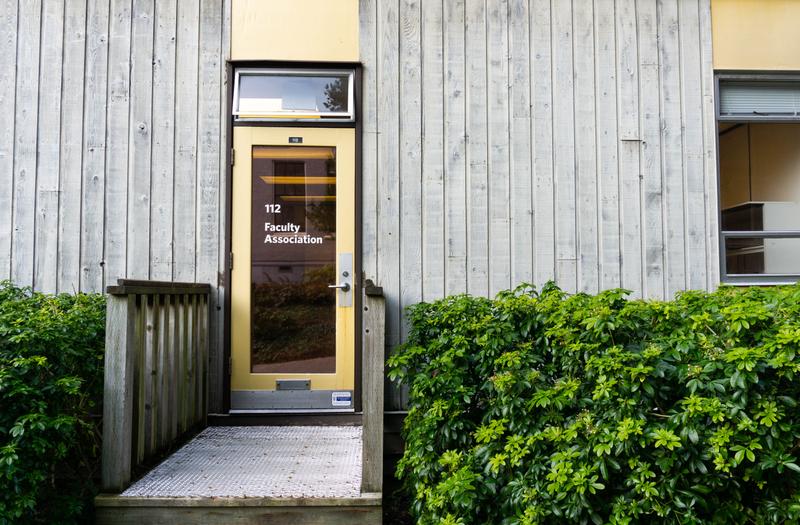 Richardson told The Ubyssey that “not much has changed since,” he sent UBC his letter. File Yiyang Wang

On September 3, the UBC Faculty Association’s (UBCFA’s) President and UBC philosophy professor Alan Richardson wrote a letter to the university following the release of BC’s updated return-to-campus guidelines. The new rules are similar to those released last spring but have been updated to include the new rules around masking and vaccinations that were announced in late August.

In his letter, Richardson stated how UBC failed to provide “clear and consistent guidelines across Faculties on matters such as the faculty role in implementing the mask mandate [and] the degree to which courses must meet in-person.”

One of the UBCFA’s biggest complaints is about the lack of communication by UBC on safety concerns regarding staff and students. There’s been “chaos and confusion among rank and file faculty members,” said Richardson in an interview with The Ubyssey.

According to Richardson’s letter, the UBCFA requested information in July regarding the internal risk assessment UBC conducted regarding the potential risk of COVID-19 in in-person classes. The inability of UBC to provide this information, Richardson said in his interview, either suggested that “the information doesn’t exist or that the university believes [the UBCFA] don’t have the right to it.”

Richardson added that the health concerns of faculty for themselves, their family members and their students “have not been adequately addressed because [faculty] don’t quite understand the risk profile that the university believes is in place.”

UBCFA is also concerned about the lack of legal precedence provided in UBC’s refusal to issue mask and vaccine mandates, as it is within the authority of the provincial government.

UBC has not accommodated UBCFA’s request to see the legal precedent, leading Richardson to call the situation “chaotic and in many ways incomprehensible.”

Richardson told The Ubyssey that “not much has changed since,” he sent UBC his letter. He called the university’s soft vaccine mandate and new rapid testing requirement for the unvaccinated “overall a good thing,” however.

Still, issues persist. For instance, UBC has yet to directly acknowledge the letter by UBCFA, or discuss specific plans for future safety implementations.

In a statement sent to The Ubyssey, Matthew Ramsey, director of university affairs at UBC Media Relations, said that “UBC’s administration is doing everything it can to ensure a safe return to campus for our students, faculty and staff while we follow the direction of the provincial government.”

In addressing the new mask and vaccine mandates, Ramsey added that “guidance is evolving and UBC’s efforts are also evolving with the implantation [sic] of the vaccine declaration process and coming rapid testing program.”

UBC is currently in ongoing discussions with faculty, student and staff groups in an effort to do everything it can to ensure safety from COVID-19 on campus as well.