‘This erasure is violent’: UBCO systemic racism in science event criticized for lack of Black panellists 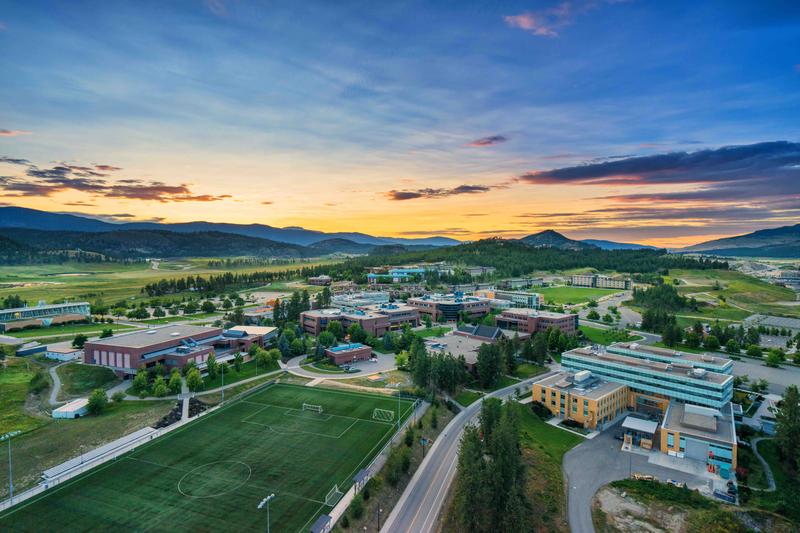 A UBC Okanagan event on science and systemic violence is receiving criticism from community members for its lack of Black panellists.

The UBC School of Biomedical Engineering posted in a since-deleted tweet about the event on November 16. The accompanying image featured the two panellists, Magdalena Skipper, editor-in-chief of Nature journal, and Alejandro Adem, president of Natural Sciences and Engineering Research Council of Canada.

Daniella Barreto, who earned her master’s degree from UBC in 2017, said she initially thought it was a joke.

“Given what we’ve seen over the summer and this recent groundswell against systemic anti-Black racism and institutions now being forced to talk about it, I think it’s really difficult in this environment presently to have discussions about systemic racism without including Black people,” she said.

Deleting a tweet after Black women explain how your event on systemic racism perpetuates systemic racism in science is also not a good look @BME_UBC. In fact, it’s more of the same erasure! Fear not, here for posterity whenever @ubcokanagan wants to publicly address the issue 👍🏾 pic.twitter.com/85fhifoyOi

Barreto criticized the event earlier today after the School of Biomedical Engineering deleted the tweet.

The school has since tweeted that event organizers changed the event image to “reflect the full topic and participating speakers.” Currently, there’s no event image on the event website. 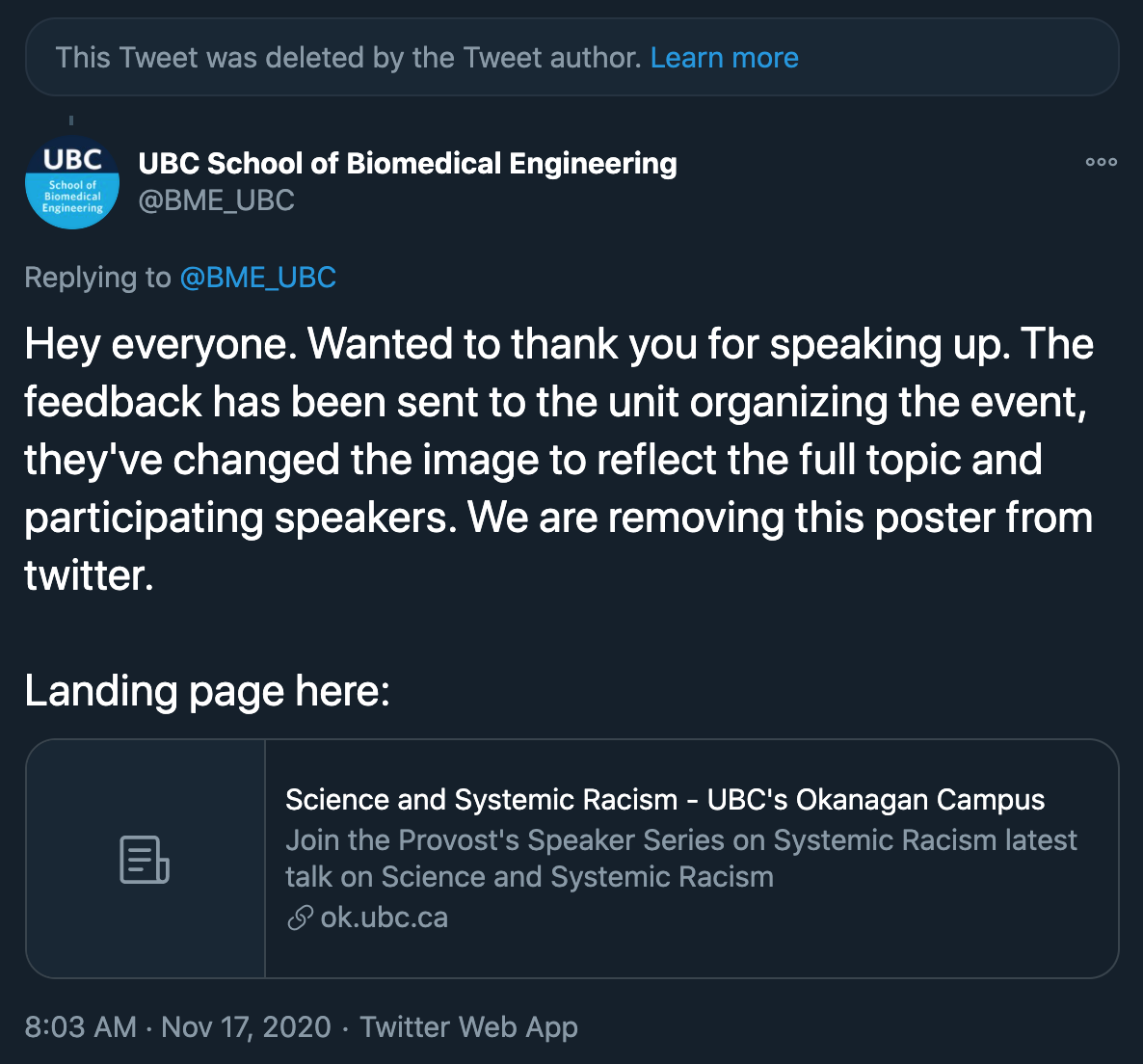 Ian Foulds, an Indigenous faculty member in the UBCO School of Engineering who leads reconciliation efforts in the department, was added as a third panellist on the event website.

The event is part of a series led by UBCO Provost and VP Academic Ananya Mukherjee-Reed. She said that she saw the criticism online yesterday and decided to respond by asking Foulds to join the panel.

“There was no spurious intent of PR management here. It was simply to respond to what might appear to be a lack of representation,” she said.

However, there is no mention of those other two events on UBCO websites, something Mukherjee-Reed said was because of the prior consultation required before holding events about Indigenous issues.

She hopes to announce the two panels by the end of the term.

But for Barreto, Foulds’s inclusion felt like an “afterthought.”

“That can come across a bit tokenizing and I think disrespectful to everyone who has historically and continues to experience violence from medical sciences,” she said. “It appears to say, ‘Hey, a panel has one Indigenous person on it. Now all of you shut up.’”

Mukherjee-Reed said she had initial conversations with a deputy editor of colour at Nature after the journal’s anti-racism editorial. The editor she had spoken to could not make this event’s date, so Mukherjee-Reed and Nature agreed to have Skipper to speak at this event instead. The deputy editor would appear at the panel about Blackness.

Asked whether she was concerned whether a white panellist could speak about systemic racism, Mukherjee-Reed said that it was important to focus on the responsibilities of an organization's leaders.

She added that allyship is important, and that she wanted to use the space she had as a woman of colour administrator to advance those discussions.

“Whatever little space anybody will give me, I will try to seize it to the maximum possible and bring whatever voices I can and hold whoever I can accountable. That’s how I see my work,” she said.

Baretto said the university can do more.

“It’s more than just adding a person to a panel or it’s more than just having a Black person represented,” said Baretto. “It’s part of a pattern and a long history of violence against Black people that is perpetuated in the medical sciences. This erasure is violent.”