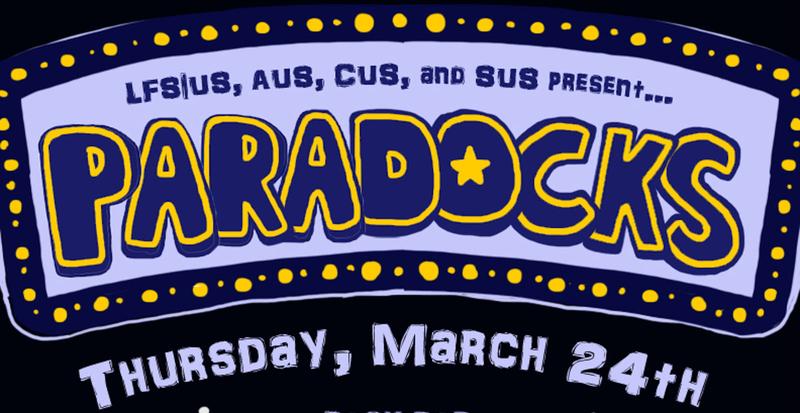 For the first time in UBC history, four undergraduate societies collaborated to plan a social event aimed at all of their constituents happening on March 24.

Led by AUS VP Student Life Elise Manse, the CUS, LFSUS, SUS and AUS began planning Paradocks — a boat cruise party — in late January. The large scale event was made possible by the joint efforts of all four undergraduate societies.

“When you break it down between four undergraduate societies, it’s actually a lot more manageable. It seems like a daunting task at first, but just having everyone on board and everyone super excited about it … makes it doable,” said Manse.

Paradocks was planned with the intention of fostering connections between undergraduate societies, said Shivakar Sivarajan, VP Student Life of LFSUS.

“Hopefully moving forward, more collaborations can occur. It’s got to start somewhere, so we decided this would be a good place to start,” he told The Ubyssey.

Manse agrees that the collaborative nature of this event plays a crucial role in creating a sense of community at UBC. She recognizes the competitiveness that exists between faculties and hopes that Paradocks will change this attitude.

“I think there has been, in the past, a spirit of more competitiveness rather than collaboration. We're always trying to outdo each other, have a better event and just show that we're the best faculty. I think it's important for all of us to collaborate and create this sense of community because we want UBC to be a community in itself rather than being so segmented,” said Manse.

Sivarajan and Manse hope that Paradocks will only be the beginning of more collaborative events in the future.

“If the event goes well — which we're all hoping it will — then this could be kind of a stepping stone to make more events, maybe doing this as an annual thing and having other collaborations elsewhere,” said Sivarajan.

Echoing Sivarajan’s thought, Manse hopes to continue collaborating with other groups on campus.

“I think my hope in the long run is that we'll continue doing events when we're collaborating just because the scale and the quality of the event is so much better,” she said. “I'm hoping eventually we can work with the AMS and just continue to foster these events that will bring out different segments of the UBC community. In turn, I think this will just have a larger effect on the community as a whole.”