Alumni are concerned about the program's sex ed curriculum, the lack of mental health support and a culture that makes it difficult to speak out when students have concerns.

Alumni of the University Transition Program (UTP), a program for gifted students on the UBC Vancouver campus, are calling for improvements to the program after allegations emerged around its approach to sexual education and the fostering of a negative culture.

Located in the Auditorium Annex on West Mall, UTP is funded by the Vancouver School District, UBC and the BC Ministry of Education. UBC contributes $50,000 to the program annually. Started in 1993, the program was modelled after a similar program at the University of Washington (UW). It admits a maximum of 20 13-year-old students a year and students typically complete the equivalent of a high school degree by 15.

But while the UW program has changed since its inception through research done by the university, experts and former students are concerned that the UBC program has largely stayed the same — leaving gifted students feeling unsupported.

Allegations brought up in those meetings — confirmed through minutes from the second meeting obtained by The Ubyssey and in interviews — range from concerns about the sexual education curriculum to a lack of mental health support and a culture that makes it difficult to speak out when students have concerns. Alumni involved in the meetings ranged from those who graduated back in 2004 to recent grads.

“I think what the Zoom calls … [have] really uncovered is that a lot more people are holding this opinion of our shared pasts through [UTP] than we could have ever even thought of,” 2012 alum Rachel Lin said.

In a statement to The Ubyssey, the Vancouver School Board said the program has undergone a “significant redesign in recent years” and emphasized the new focus on sexual and mental health curriculum “as specified in the redesigned BC curriculum” and a focus on equity, diversity and inclusion last year.

“The UTP remains committed to its mission to the guiding principles of excellence, integrity, mutual respect, inclusion, and transparency. The District and program are committed to creating a kind, respectful, empathetic, safe, and inclusive space where students are inspired and thrive,” the statement reads.

“As always, staff welcome open communication from UTP students and families and encourage them to reach out directly with any questions or concerns.”

Concerns with the program

Dr. Jennifer She, who graduated from UTP in 2012 and from UBC in 2016, sparked conversation with an initial Facebook post regarding UTP’s response to the news that Brian Wong — one of UTP’s most famous alum — was indicted on charges of sexual assault in 2019.

Before the indictment, Wong was invited to speak to the program multiple times, and was presented as a success story to students.

In response to her post, She saw an outpouring of concerns about the program, beyond the inaction related to Wong.

The major concerns fall into a few categories. First, the sexual education curriculum.

Aileen Wu, a 2020 grad, said that sexual education was “practically non-existent” before 2019. That year, a nurse from Fraser Health visited the program to talk about sexual health, but Wu felt that approach was inadequate because it was not integrated into the regular curriculum.

“I just had the impression that teachers don’t really see sex ed as their responsibility,” Wu said. “You could have slept through [that day] honestly and not retained anything, and you wouldn’t have faced any repercussions.”

A recent email obtained by The Ubyssey from Liz Hayes-Brown, the district principal who oversees UTP, announced the incorporation of further sexual education starting in September.

Hayes-Brown wrote that the Boundaries Program — a program for “young children who exhibit sexualized behaviour to help them understand and modify their behaviour” — would be implemented as well as an increased amount of sexual health programming going forward.

For instance, Wu and the other grad said that during the 2018 Vancouver municipal election, Shepelev encouraged students to volunteer and distribute flyers for Ying Zhou’s school board campaign. Zhou is the parent of a UTP alumnus.

Zhou’s candidacy had been supported by Coalition Vancouver — a political party that has been accused of opposing sexual orientation and gender identity (SOGI) education and being sympathetic to the alt-right by UBC professor Charles Menzies, who was sued by the party for these claims.

“... I think [this situation was] pretty inappropriate because teachers are supposed to inspire students to pursue their passions, whatever they are, and to enact social change, and she did the opposite,” Wu said. 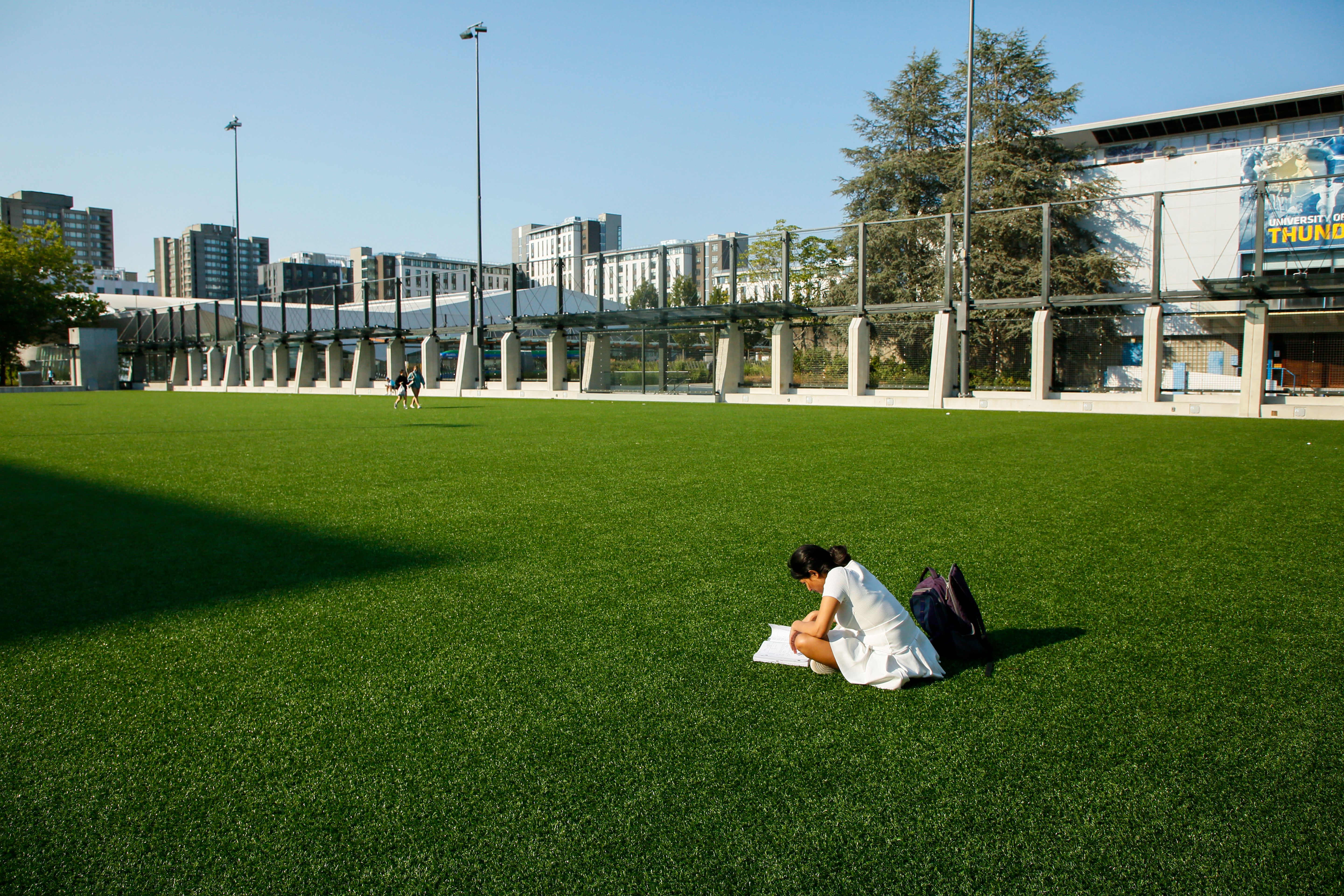 “I feel like the norm in the program is also to sacrifice your mental health and wellbeing for academic success." Isabella Falsetti

Wu said the program has a larger culture of toxicity, which she said many are complicit in.

One component of this culture, according to Wu, is bigotry among students. Wu said that in the student Discord channel, racial slurs and rape jokes were often thrown around. When confronted, students who used them denied the racist and sexist nature of their words.

When the issue was taken to the teachers, Wu and another recent grad said that the teachers verbally reprimanded the students involved, but in their opinion, downplayed the severity of the issue by equating slurs with common swear words.

“Essentially they fell short of systematically teaching students why their actions put students in danger … and so students only learn to conceal their bigoted views instead of unburdening those ideas,” Wu said.

Wu also alleged that public shaming was frequently used by teachers, often in response to minor mistakes or missing deadlines. This public shaming often meant that students would push themselves past their limits, according to Wu.

“I feel like the norm in the program is also to sacrifice your mental health and wellbeing for academic success,” Wu said.

They said students had access to a psychologist, but they had to consult the coordinator before they could talk to them. Wu called this a clear conflict of interest given that many of the mental health concerns revolved around the program itself.

“There was a complete absence of a confidential resource that we could go to, and it just felt really trapping,” Wu said.

Shepelev declined to respond to specific allegations, and instead, pointed The Ubyssey to the Vancouver School Board’s statement.

In a follow-up email on July 14, a Vancouver School Board spokesperson wrote that Shepelev had asked former and current students to approach her with any concerns they have, “to which to date no one has made contact.” When asked for clarification, the spokesperson clarified that no contact had been made to the Vancouver School District management.

“Additionally, any and all concerns brought to the attention of District staff are taken seriously and followed up appropriately,” the spokesperson said.

On July 16, Jennifer She confirmed that some alums had reached out to the Vancouver School Board and UBC President Santa Ono on July 14 and July 15 about their concerns.

The complexity of gifted education

Gifted education requires a specialized kind of teaching and a specific environment, something Dr. Owen Lo — an associate professor at UBC’s faculty of education who specializes in gifted education — said UTP might not be providing to students.

He framed gifted learners — or students with advanced needs — as simply learners that can’t be served in a typical classroom setting; they need an accelerated curriculum. He said this is where UTP can be used as an important tool to serve those learners.

But Lo said the program has basically continued to proceed in the way it was implemented in the 1990s.

“The UTP has a good ideology in terms of programming, but the implementation of such [has to have] a lot of modern considerations,” Lo said.

Lin, a UTP alum, is writing her master’s thesis at UBC on the program under Lo’s supervision — and on how it should change. Lin emphasized that she has no “personal grudge” against the program, but now, as an educator herself, believes the program may not have been set up to best serve her and her peers.

Lin and Lo both spoke of the need to develop growth mindsets in gifted students.

“It’s not about getting into university soon … the goal for these students to fulfil their potential is a very person-based goal, and the academics are just a tool to get there,” Lin said.

As for how the program should change, Lo first emphasized the need for teachers in this program to have specialized gifted education teacher training. In BC, teachers aren’t required to get credentials in gifted education — something Lo said is a problem.

He compared students with advanced needs to Ferraris — they can drive fast, but they’re high maintenance, prompting the need for specified gifted education training for teachers.

Second, he recommended a systematic review of the current program — with emphasis on the psychological impact of the program on students and comparisons to other similar programs.

“[Change] needs to be informed by some sort of research. It needs to be changed with a direction, and that’s what’s been really lacking in this program,” Lin said.

Lo said the program has welcomed collaboration with the university in the past, but there was a lack of resources from the province to make it happen.

“We have all the knowledge and skills here within UBC and in my program … I think we should initiate collaboration between the two parties,” Lo said.

UBC’s involvement in the program seems to be limited — in a statement from UBC Spokesperson Thandi Fletcher, she wrote that UTP operates independently and “is not overseen by UBC in any way.”

“Our commitment is limited to providing space and some financial support. The program is operated by the Vancouver School Board,” she wrote. 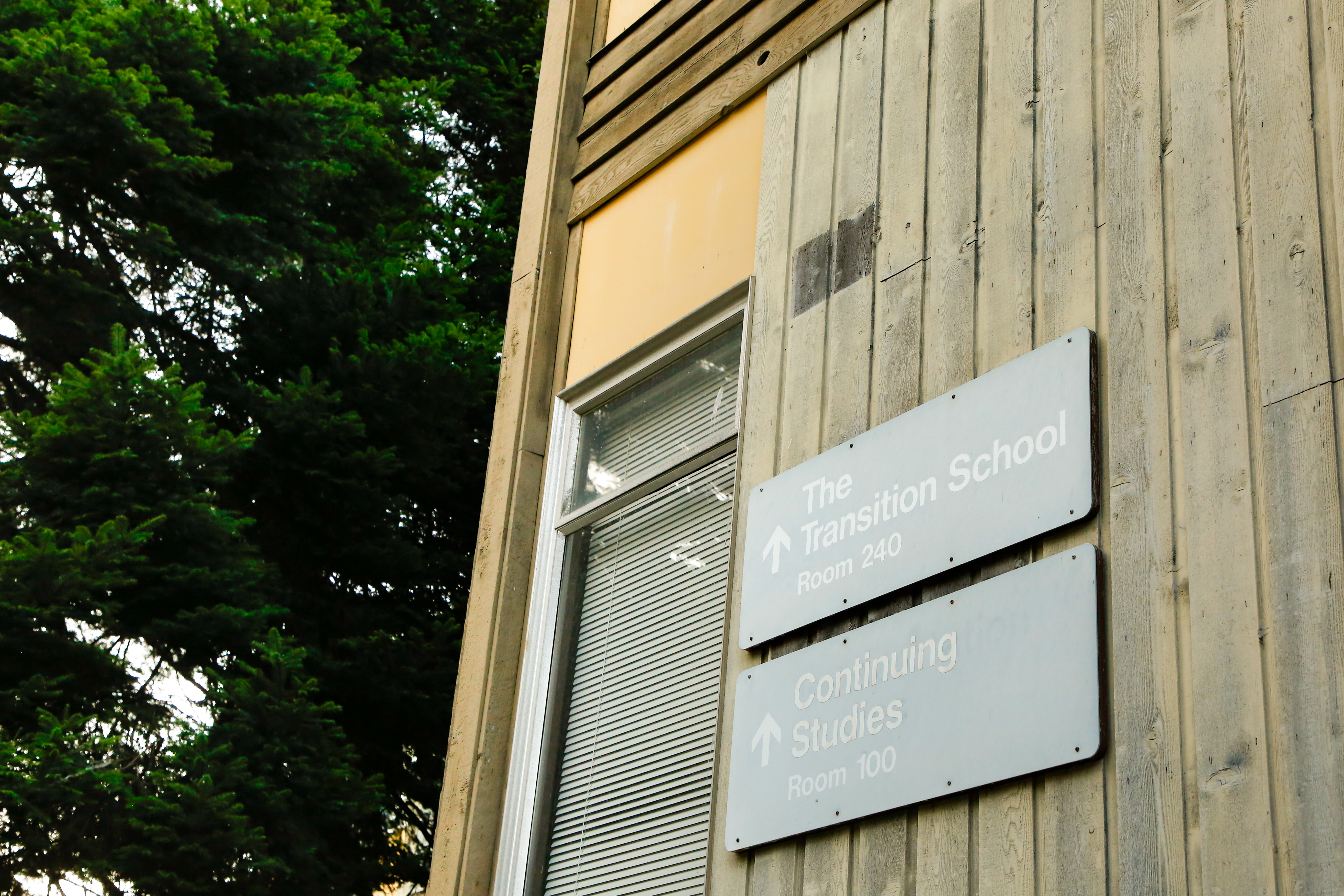 Alumni have reported significant turmoil in the alumni group about going public with these allegations — rather than resolving the issues internally.

She said she initially had no intention of bringing these issues to the public forum. But after hearing from recent alum and young students who said they felt powerless, she wanted to speak out.

She believes that there has been little oversight of the program and of the current coordinator — a point echoed by Wu — and wanted to make people who are considering sending their children to UTP aware of its issues.

She said she was unsatisfied with the first Zoom call, which she attended. “Essentially the message that I got was there was nothing wrong and also we have fixed everything,” she said.

Wu said going forward, she hopes to see a more robust sex education curriculum, a proper counsellor and for the program to address hate speech. Beyond that, she wishes to see more accountability within the program to its students and external bodies.

“It’s definitely pretty terrifying to talk about it,” Wu said. “But I decided to because of the effect it had on me and so many other people mentally.”