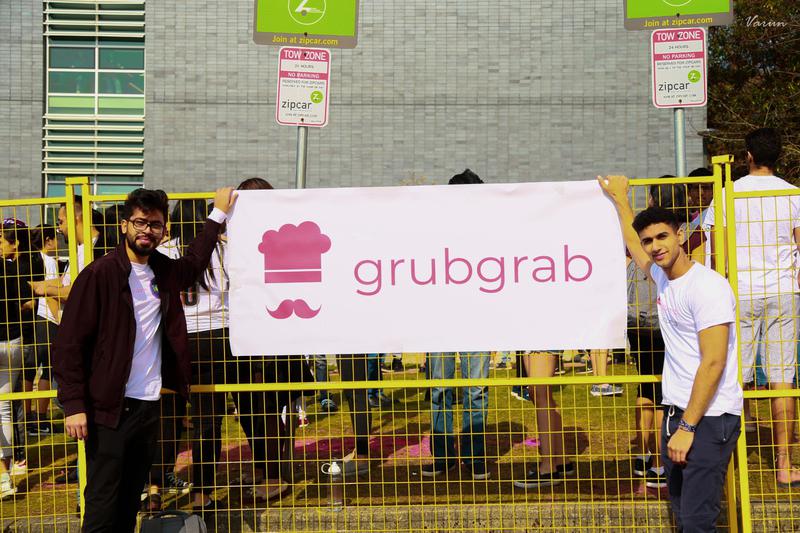 A business launched by two UBC students has been acquired by UpMeals, a Vancouver-based food technology company. UpMeals, planning to bring its “digital kiosks” of meals to university campuses, partnered up with Grubgrab — a student-led company aiming to do the same thing.

“We were both struggling with food [and thought] ‘Hey, why don’t we come up with our own meal plan service?’” Siyal said of founding Grubgrab.

The delivery service worked with Drew’s — now UpMeals — to curate a menu that offered salad bowls, wraps and healthy desserts all for under $8, Siyal said. But COVID-19 threw a wrench in that plan.

“We had to close because of COVID. The university went dead and our entire customer base suddenly disappeared,” Siyal said.

During that period of no business, Siyal said the team began discussing implementing contactless smart vending machines that could be placed in libraries and student lounges. Grubgrab and UpMeals also began talking more seriously about their goals as companies.

“We got into this discussion, and we just realized that we had the same vision and mission. We were very focused on making food accessible and really solving food insecurity … and we realized that this company had the ability to take our vision forward,” Siyal said.

“Through it all, through COVID, through the downfalls, through our undergrad it all came to an end. I think we're really excited [because] we're completely a 100 per cent UBC startup … and there weren't a lot of undergrads just starting companies,” Siyal said.

The CEO of UpMeals, Drew Munro, said UpMeals and Grubgrab have had a great relationship for the last couple years.

“[When Grubgrab] realized they wanted to move into doing kiosks or vending for people to access their meals, we were already in that space,” Munro said. “So we started to discuss what an acquisition would look like, because one of the big markets that we wanted to target with our healthy food solution was university campuses.”

Munro said Grubgrab was perfect to partner with as it was “designed by students, for students.”

UpMeals is currently “in talks with UBC” about bringing food kiosks to campus, but they haven’t signed an official agreement yet.

Although selling Grubgrab was not part of their initial plan, Choongh said he’s excited to see where this acquisition goes.

“I'm super excited to see how we can actually better solve the needs for students because we have better technology through UpMeals and more resources through UpMeals,” Choongh said.