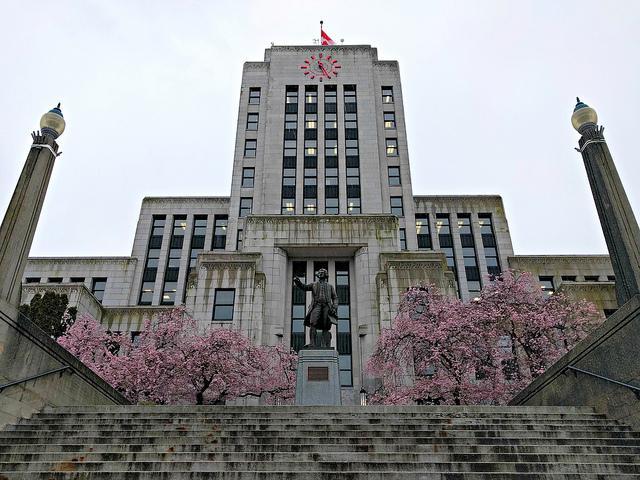 The report is expected to be released in May 2019. Ruth Hartnup/ Flickr

For the average student, the recent Vancouver municipal elections were hard to be excited about. The lengthy ballot and long lines both contributed to an overall reduction in voter turnout from previous years.

Now, Vancouver City Council has directed staff to create a report reviewing the barriers to municipal election engagement, which has traditionally seen low participation from students.

Proposed by Councillor Sarah Kirby-Yung, the Municipal Election Review report’s goal is to increase voter turnout — which was around 39 per cent this year compared to 43.4 per cent in 2014 — and improve overall voter efficacy. In particular, it will evaluate the “efficacy of the random ballot,” the “pre-qualification requirements” to run for office and “sufficiency of electoral resources.”

For some voters, logistical details made the process more difficult.

“I voted in Marpole and my station had one ballot box which got jammed … [it] wasn’t well run,” commented Reddit user headphones13.

The bigger and more widespread challenge revolved around the randomization of candidate names on the ballot to lower ‘top-of-the-ballot’ bias.

“[Voters] likely still started at the top, but at least the presence of someone at the top is now the product of a random draw,” said UBC political science Professor Dr. Richard Johnston.

But the randomization made it difficult for voters to find candidates on the already long and complicated ballot.

“When you put together the scale of the ballots required with the lack of even an alphabetical cue on where the candidates might be on the ballot, it did produce a level of anxiety that I can't ever remember feeling before,” Johnston said.

“I think there must be a better way we have candidates for municipal elections,” they wrote. “While there is great merit to the city for encouraging so many voices that can be heard, as a voter I am very confused on how to vote.”

One reason reason for the high number of candidates might have been the lax nomination requirements. Currently, a candidate must only get “signatures of 25 nominators” and pay a $100 deposit to run for a municipal position.

In this year’s elections, Vision Vancouver did not have a candidate for mayor and the party was almost shut out of elected office, save for the election of Allan Wong as a Vancouver School Board trustee.

“That surge in candidacies [...] has to do with these larger political questions for the collapse of Vision and a sort of an emptying out of the middle,” Johnston said. “And meanwhile, a kind of uncoordinated scramble for nominations on both the left and the right.”

When it comes to voting, Johnston said that political parties help direct people to who to vote for. For future elections, he suggested that grouping the ballot by party — rather than by office — would be an effective way to simplify the voting process for voters.

“If you're going to have a big ballot, it's a lot easier for voters if nominees are grouped by party than by office,” he said.

But the confusion in the parties and voting isn’t likely to last long, according to Johnston.

“Municipal politics will probably congeal into a new framework over the next couple of years,” he said. “But 2018 was this transitional and confusing moment.”

Councillor Kirby-Yung could not be reached for a comment. The report is expected to be released in May 2019.