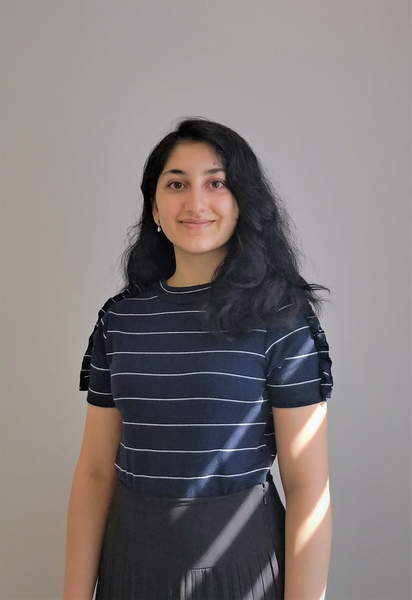 This article contains mention of domestic violence and sexual assault.

Passengers often use their phones during their commutes — and Vala decided to use that to establish the Safe Hubs non-profit initiative.

“There are less people that don’t have their phone in their hands, and most people are holding their phone all the time,” she said.

“To make it affordable and accessible for most people, something on smartphones would be our best way forward.”

Safe Hubs is a network of local business owners providing safe places for people who have experienced domestic violence. Vala and her team launched a complementary mobile platform to share information about the locations of safe spaces and other featured content, such as self-defense tutorials, safety tips, crisis lines, survivor support and mental health counselling services.

Vala’s idea of creating Safe Hubs dates back to 2017, when she and her team learned of the number of women who had experienced sexual violence. The United Nations estimates that 35 per cent of women globally have experienced sexual or physical violence by either intimate partners or non-partners.

She first named the project HP-TIE, which stands for “harnessing the power of technology through innovation and engineering” to make a positive community impact. Later, the project rebranded as Bolt Safety to convey its goal of having a speedy response to domestic violence.

“As the technology generation, we wanted to make a difference in the community,” she said.

Bolt Safety launched the pilot project on August 31, 2020, when COVID-19 had created an urgency for the team to find solutions for the crimes related to domestic violence.

“While we are fighting COVID-19, there’s a silent pandemic that not many people necessarily recognize. And we wanted to bring wider attention to it,” said Vedanshi.

In April, Battered Women’s Support Services said that calls to its crisis line had increased by 300 per cent. Cases of men killing women have made headlines during the pandemic.

“Researchers are doing so much research into not just coronavirus, but also how we can keep our community safer from a medical perspective and a mental health perspective. Domestic violence ties in to the whole conversation.”

Not every local business is in a position to help, which has made it difficult for the team to find business partners. Still, Vala believes that a community effort is the way to make safer spaces for all, especially women.

“Whether you are a business owner, a student, or a professor, we want to make sure that everyone is able to help others in some way,” she said.

“If you’re a survivor, then we stand with you. We believe you and you are not alone. And Safe Hubs is only just part of what we're trying to do.”

This article was updated to reflect that Bolt Safety was originally named HP-TIE, and that the mobile portion is not a standalone app.