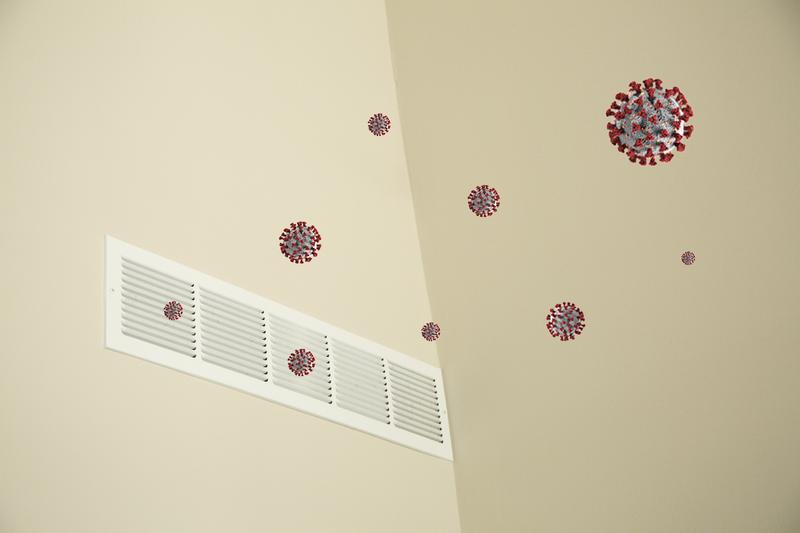 All three students suggested that UBC should be more transparent regarding the ventilation quality in each classroom. File Isabella Falsetti

UBC reopened its campus with the promise that rooms would be properly ventilated to lower the risk of COVID-19 transmissions. However, some professors and students say they’re still concerned about the risk of transmission.

In August, UBC's COVID-19 Heating, Ventilation & Air Conditioning (HVAC) working group laid out plans to improve buildings' air ventilation. The group evaluated over 900 classrooms to determine their ventilation rates and the number of people who could safely be in the space. The plan included increasing the amount of outdoor air being brought in and upgrading air filters — but some people were still concerned it wasn’t enough.

On the first day back, Professor Karen Smith took to Twitter to criticize the ventilation quality in her classroom. While teaching in Wesbrook 100, the room became extremely hot; "sweat was pouring down our foreheads," Smith said.

During the class, she said she was concerned for the health and safety of the students and teaching staff in such conditions, especially in light of the Delta variant.

“If I'd gone into the classroom on Friday and it had not been fixed, I would have cancelled the class. I would have not taught in there,” Smith said. The temperature was due to a broken fan, fixed before her class on Friday.

Outside of this one incident, some students have ongoing concerns about ventilation.

Najmina Baehaki, a third-year psychology major, exhibited uncertainty about the level of ventilation in her sociology course.

She explained that sitting in such a tightly-packed space with people "breathing pretty heavily" can be unsettling, especially in a room without windows. The class is held in the Woodward Instructional Resources Center.

While sitting in her FIST 100 course in the Royal Bank Theatre, she expressed concern about the ventilation in the classroom, which has no windows.

Cathcart said that during one class, she could hear “a lot of people who were coughing, sniffling and blowing their nose,” causing her to feel uncomfortable, so she left.

Devon Young, a first-year in the faculty of arts, voiced concerns with about the small size of her English class and said "cramming that many people into a small classroom can be considered a risk."

According to the provincial return-to-campus guidelines, the province is not concerned about ventilation resulting in COVID-19 transmission.

The university referred The Ubyssey to these articles answering general questions about the ventilation systems and the goals of the HVAC team.

UBC also stated that “spaces are evaluated on an ongoing basis to ensure the health and safety of building occupants.”

Additionally, UBC has seen low COVID-19 numbers. Over the last week, the neighbourhood has seen three daily cases per 100,000 residents — although this number does leave out any potential positive cases among commuters.

However, all three students suggested that UBC should be more transparent regarding the ventilation quality in each classroom and report the number of exposures across campus. Currently, unlike the University of Toronto, UBC has not reported the ventilation rate of every classroom and filtration level per building.

Young said she hopes UBC could better explain how ventilation works and how it helps people, believing this could give everyone more "closure."