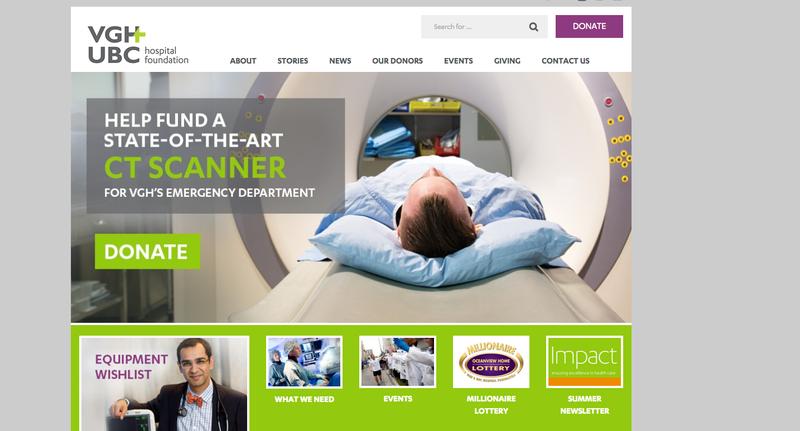 The money raised from the Night of a Thousand Stars Gala will help to fund new equipment for both Vancouver General Hospital and UBC Hospital. Photo courtesy vghfoundation.ca

The VGH + UBC Hospital Foundation raised over $3.3 million for the two hospitals through the Night of a Thousand Stars gala.

The bulk of the money raised – approximately $2 million, according to Tiffany Kraus, Director of Marketing and Communication for the foundation – will go towards a new Interventional Operating Room (OR) for Vancouver General Hospital (VGH). This purchase will improve the functionality of the UBC Hospital by increasing the organization of surgeries between the two hospitals.

“The highly traumatic surgeries will occur at VGH and what that means is it will free up some time at UBC Hospital so they can concentrate on scheduled surgeries,” Kraus explained. This means that the chance of more commonplace surgeries (for example, hip replacements) getting bumped will be lowered.

The new OR machine will be especially useful for vascular and traumatic surgeries where time and movement can be crucial in preserving the health of patients. Doctors will be able to take images in the operating room without having to move patients to other areas of the hospital.

The remainder of the funds raised will go to the foundation’s “Most Urgent Needs” fund which involves all of the medical institutions that they support, including UBC Hospital.

The decision for which projects at UBC Hospital will receive money from the funding raised through the foundation’s gala is up to the administration of the hospital itself.

“[They] will submit a wish list of the equipment that is urgently needed out there, and then four times a year we go through that list and distribute money so that they can purchase that equipment,” said Kraus.

In other words, the foundation itself does not choose which projects at UBC Hospital they wish to fund.

For the last two years, the gala itself hasn't put any of the funds raised directly towards UBC research projects. However, the foundation does donate some of their revenue towards that cause. They fund research through Vancouver Coastal Health Research Institute, which then distributes the money to a “small, close-knit community” of researchers at both VGH and UBC Hospital.

The 20th anniversary of this event sold out with more than 900 guests in attendance. Dinner in the ballroom, a cocktail reception and a silent auction were all included. The star-studded guests included Terry Lake, Minister of Health, and Mary Ackenhusen, Vancouver Coastal Health president and CEO.

The foundation estimates that the Interventional OR will be completed and implemented as soon as 2016 with decisions concerning the Most Urgent Needs fund to be made soon as well.