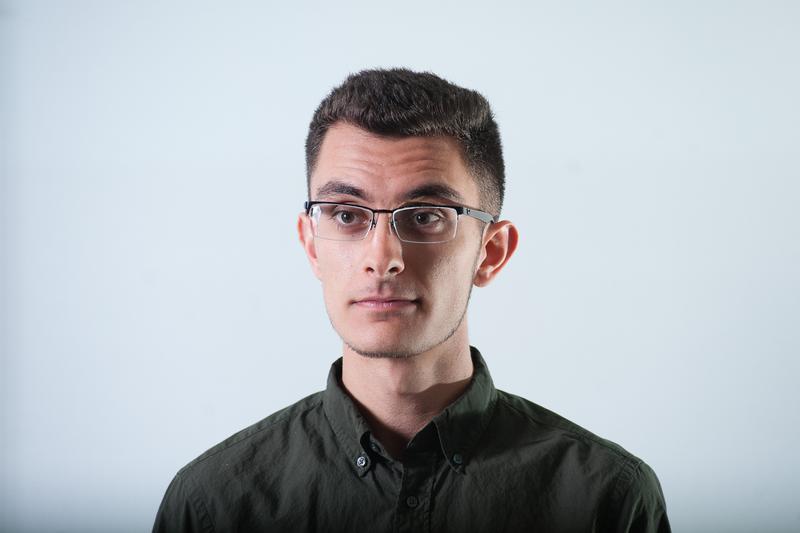 “I just love living a life of service, and so VP Admin drew my interest because of the sheer number of groups that it’s able to serve...” Patrick Gillin

Third-year cognitive systems major Aaron Verones wants to improve the communication from the VP Administration office, increase space availability to the UBC community and route more money back into students by hiring them whenever possible.

Like his opponent Chris Hakim, Verones is an knowledgable candidate, having served as assistant to former AMS president Ava Nasiri and is currently vice-chair of the AMS Steering Committee. Of the two candidates, he also has more experience within clubs, from working as an executive on the UBC Dance Club.

To improve communication, he would both re-design the AMS website — something that he had previously submitted a proposal for as Nasiri’s assistant — and reduce wait times for clubs to hear back from the VP Administration office by “making internal procedures more efficient.”

Verones would also prioritize revising the recent expulsion policy, which has been criticized as being hypocritical and anti-homeless.

“I think there are issues with the policy itself, like [that] it doesn’t contain any provisions to access student services for a student if they were to be expelled,” he said. “It gives [the] Operations Committee the unilateral power to make these expulsion decisions.”

Verones’s campaign has also seen some ups and downs.

On the first day of campaigning, he received a 24-hour suspension for online campaigning as a penalty for sending out mass emails before the start of the official period. When asked about the violation, Verones said it came down to him having a “different interpretation of AMS Code” than the elections administrator.

He was also one of two candidates who did not reject their Inter-Fraternity Council (IFC) endorsement, following an open letter by VP Academic Max Holmes alleging insensitive questions about sexual assault support. Verones was pressed on this issue multiple times during the Great Debate.

“I think that it is irrelevant that I’ve chosen to accept the IFC endorsement when we could be doing so much better to help our students,” said Verones. He also said he was the only candidate who met with the IFC president to “hear him out.”

On March 2, he also published a Facebook post, discussing his decision not to reject the IFC decision at length.

“My refusal to reject the endorsement has been used to suggest that I will refuse to act when I am informed of a sexual assault. I say again, this is absolutely and unequivocally incorrect,” he wrote.

Overall, Verones said that his motivation to run comes largely from a desire to serve the student body.

“I just love living a life of service, and so VP Admin drew my interest because of the sheer number of groups that it’s able to serve, and the administration and systems design-oriented thinking that’ll have to be applied. I’m just so excited for it.”