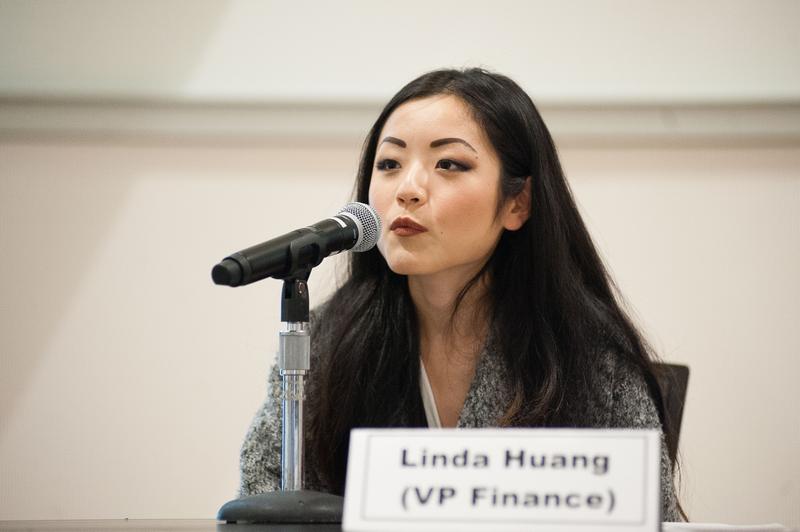 VP finance candidate Linda Huang has announced that she has officially withdrawn from the race, leaving Kuol Akuechbeny and Adam Forsgren as the two remaining contenders for the position.

Huang’s withdrawal follows a penalty given to her by the Elections Committee for the use of a private AMS emails list. Under the committee’s penalty, Huang was not allowed to campaign until 2 p.m. tomorrow or use any more mass emails in her campaign. Her campaign budget was also cut by $150.

Despite the penalty, Huang’s resignation comes as a surprise. Following news of the penalty, Huang took to Reddit to express her regret at the mistake, stating she was “really mortified.” She committed in an interview earlier in the day to being “really diligent” as she continued with her campaign. At no point did she indicate that she would withdraw from the race.

Huang said she decided to withdraw due to her heavy academic and extracurricular commitments outside of campaigning.

“I’ve realized that it is not possible for me to manage campaigning on top of my course load and other commitments,” said Huang in an emailed statement to The Ubyssey. “I’ve decided to withdraw to focus on my courses.”

Huang wished luck to both remaining candidates, saying both are “excellent.”

This article has been updated to include Huang’s comment.