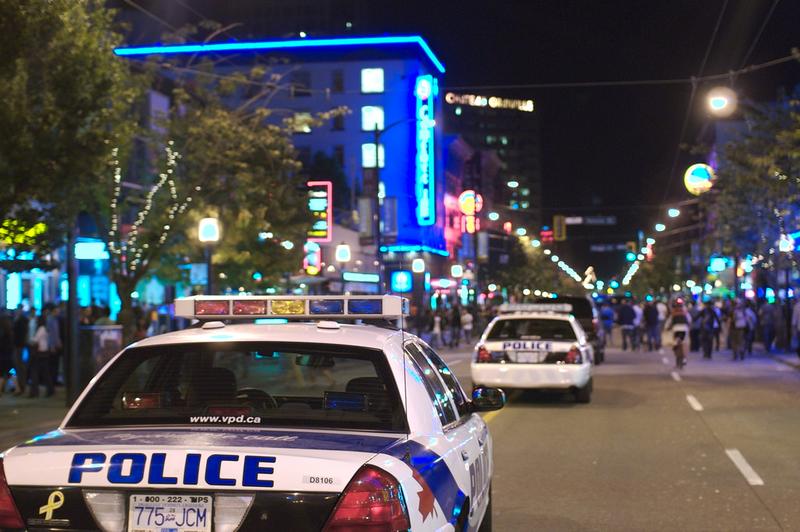 Their first court appearance is scheduled for January 14, 2021 in the Vancouver Provincial Court. Thomas Milne/Flickr

Two Vancouver Police Department officers have been charged with assault, after the violent arrest of a former UBC football player in 2018.

Their first court appearance is scheduled for January 14, 2021 in the Vancouver Provincial Court.

On February 11, 2018, a cell phone video shows Vancouver Police officers tackling, kicking and tasering UBC Thunderbirds football alum Jamiel Moore-Williams while arresting him on the Granville Strip. He was given a jaywalking ticket, and charged with obstruction of justice. Charges have since been dropped.

The VPD said in an emailed statement that the two officers were still on duty with pay.

The Prosecution Service said in an email to The Ubyssey that no other charges have been approved relating to Moore-Williams’s arrest. Five other officers were involved with the arrest.

The incident sparked backlash on campus as UBC students launched the #justiceforjamiel hashtag.

A Gofundme page has been set up for Moore-Williams by Black Lives Matter Vancouver to support his legal fees.

This story has been updated to include responses from the VPD and the Prosecution Service.