What’s wrong with the Wall Institute? 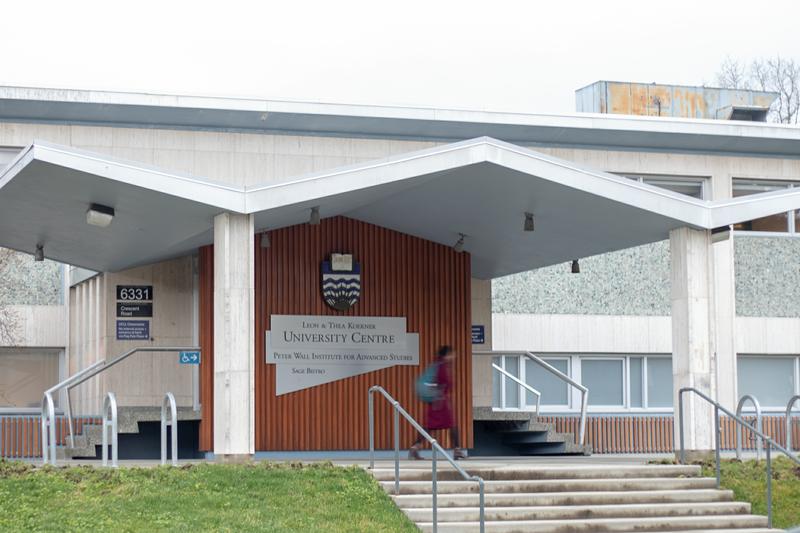 What happens when a legendary real estate magnate puts his money — and his family — into the world of academia?

Former directors and faculty say the crisis at the Peter Wall Institute for Advanced Studies (PWIAS) reflects a trend of conflict as the university and the donor family grapple over the institute’s mandate, direction and independence.

In November, director Dr. Philippe Tortell resigned in protest over a directive that would have hitched the institute’s research to existing pools of UBC funding, ending its independence.

The changes were quickly backpedaled as hundreds of faculty complained. On December 12, UBC Vancouver’s Senate ordered an external review of the institute with “an explicit mandate to investigate and make recommendations on the Institute’s structure and governance” — what many scholars say is at the heart of the problem.

“The Wall family has been very generous, the university has been very grateful,” said Dr. Olav Slaymaker, PWIAS director from 2004-2005 and a longtime Wall scholar. “But the aims of the two parties are not necessarily the same.”

In 1991, real estate tycoon Peter Wall donated $15.2 million to UBC. It was — and still is — the largest single private donation in the history of the university.

There was a catch: two members of the Wall family would always be represented on the Wall Institute Board of Trustees, the body that oversees the institute. The chair would be UBC’s president.

Then-UBC President Dr. David Strangway was happy to take the money. But from the start, there were disagreements about who was in charge.

“David Strangway and Peter Wall had huge debates and discussions at the time of initiation,” said Slaymaker. “To his credit, David Strangway insisted that young scholars were the more important element. Peter Wall’s side was to go for more established Nobel Prize winners. ... That was the first signal of potentially conflicting motivations.”

Two directors and multiple faculty said these conflicts — sometimes minor, sometimes significant — made running the institute a delicate game. Counting Tortell, the PWIAS has gone through four directors in as many years.

“Eventually that [conflict] leads to major crises in which basically the people who are directing the institute feel that their capacity to run the academic side of things was curved,” said former interim Director Dr. Gaston Gordillo. “In this case quite dramatically.”

The last director to serve more than one year was Dr. Janis Sarra, who left the role in 2014. She declined to be interviewed. 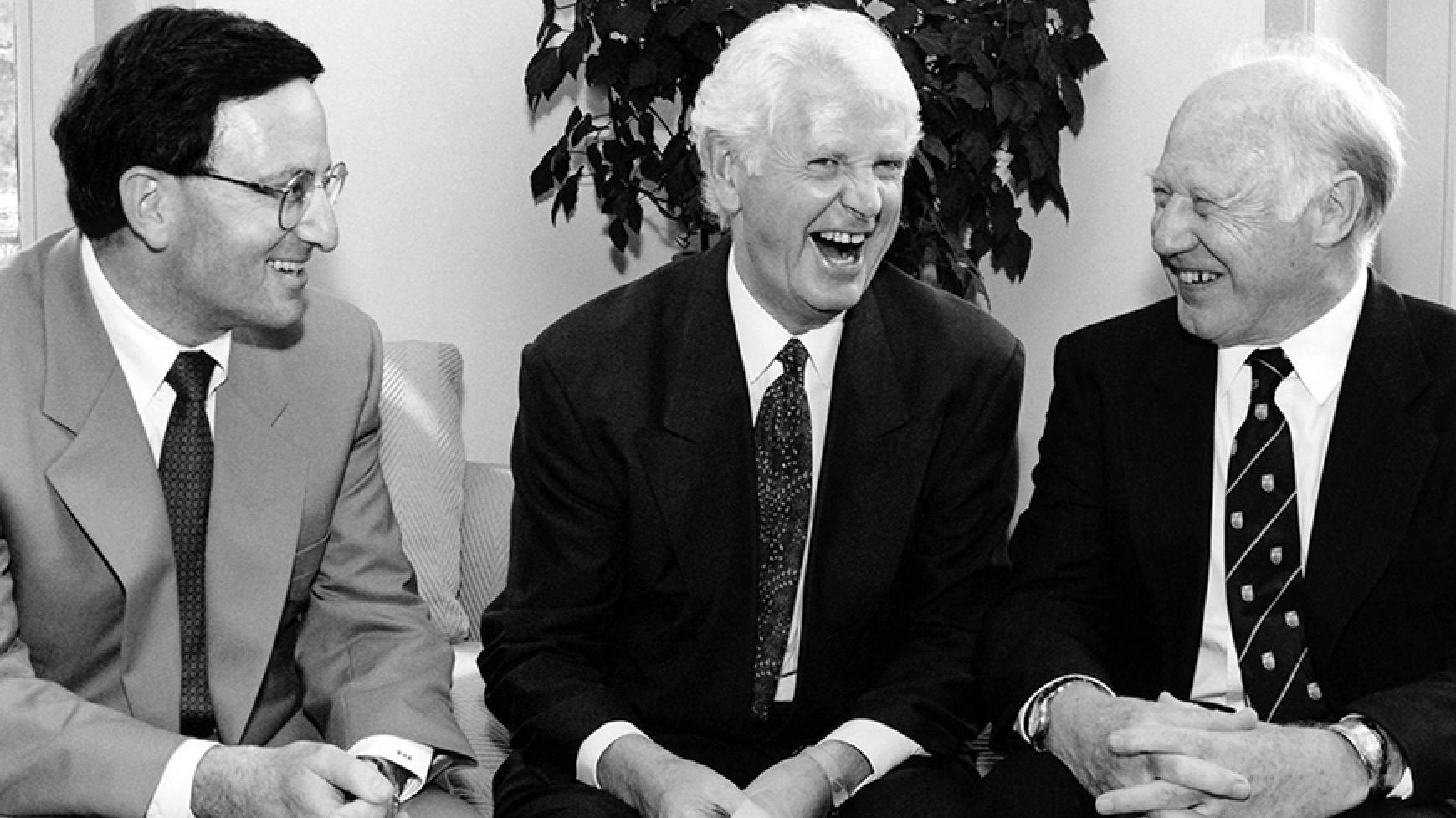 After 2014, changes were made to the Board, partially to prevent another sudden departure.

UBC President Stephen Toope yielded his seat as chair to then-Dean of Science Simon Peacock, and two faculty representatives were added to the Board in an attempt to even out the power.

Not all directors agree there’s a problem. Dr. Dianne Newell, who served as director from 2003 to 2011, was not available for an interview but wrote in an email to The Ubyssey that she experienced no troubles in her time as director.

Tortell said that he was not aware of a conflict between the university representatives and the Wall family, but added he was not privy to many of those conversations.

“I’m not saying the Wall family should not have a say,” said former interim Director Dr. Gaston Gordillo, interim director from 2014-2015. “But there are occasions where you see either the university or the Wall family going beyond what is expected of them and trying to shape the direction of the institute in ways that are perhaps not entirely appropriate.”

In a statement to The Ubyssey, the Board did not address these concerns.

“The Board works in a highly collaborative way to set a shared vision that will support the work of the PWIAS scholars and staff, and does not speak to internal conversations of the Board,” reads the statement.

Beyond disputes over the institute’s direction — like whether to incorporate it under research clusters — directors and faculty described a secretive atmosphere where the actual faculty was often kept in the dark about major decisions.

Gordillo, Slaymaker and Tortell all pointed out that members of the Board held in camera meetings that directors were not privy to. Slaymaker also alleged that Board members met on a more informal basis outside of formal meetings.

“In each of the crises that one hears about and that I’ve been involved with, have to do with meetings that occur in-between regularly announced meetings,” said Slaymaker.

These meetings mean that even the institute’s director is not fully privy to how the Board operates.

“I’m not aware that there were any significant disagreements between the two university trustees and the family,” said Tortell. “But a lot of those discussions happened when I was not around.”

The directive that prompted Tortell’s resignation came after a closed meeting where both he and the institute’s two distinguished scholars were barred from attendance. Gordillo says that was unheard of during his time as director.

“They didn’t have a vote, but they participated in all the discussions,” he said. “They have this institutional memory that is really instrumental to move the institute forward. A lot of us feel recently that their experience has been disregarded.”

What is the Wall Institute?

Scholars hope that the external review’s recommendations will change the way the Board of Trustees operates or even how it’s composed.

“I don’t think it's necessarily the best idea to have the President as the chair of the Board,” said Tortell. “For one thing, he’s extremely busy, and it’s not clear he has the time to give the board the duties and attention that it requires.”

Tortell said that as the Wall family is still the largest donor in the university’s history, the President is “not exactly independent” from them.

Tortell also recommended expanding the size of the Board by adding scholars separate from UBC, a common feature on other boards of advanced studies institutes like Princeton’s Institute for Advanced Study.

In many ways, former directors see the institute as a bit of a paradox — a public institute, privately funded, yet not part of either world.

“I think it’s quite obvious that the university has been trying to develop some way of dealing with the private sector, and it has not in the past two decades been a total successful experience,” said Slaymaker.