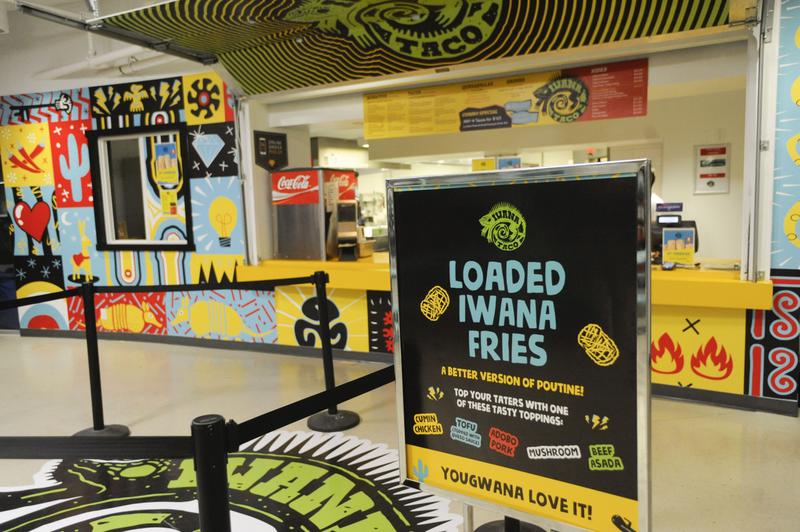 According to VP Finance Alim Lakhiyalov, the AMS may consider the possibility of dropping food prices for their Nest businesses sometime in the next fiscal year.

During November 22 AMS Council meeting, Lakhiyalov presented that Nest businesses have been doing better than expected for the second quarter (Q2) of the current fiscal year. Food outlets that performed significantly well include Blue Chip Cafe, Iwana Taco and Gallery 2.0, with each respectively making 15.7 per cent, 41.3 per cent and 39.4 per cent more revenue than budgeted.

Although these few outlets have been over-performing, other businesses such as Pie R Squared, PhTea and the Pit have been operating on a loss, with each respectively performing 4.71 per cent, 33.9 per cent and 33.2 per cent worse than expected in Q2.

Despite the underperforming outlets, the overall business revenue for Q2 was six per cent better than budgeted at $253,205. This number is a stark contrast from the net revenue from the first quarter (Q1) of the current fiscal year, which performed at a loss of $32,871.

When asked if he would consider price adjustments if businesses continued to profit, Lakhiyalov said that it was “on [his] horizon.” This is an initiative that would likely fall onto the shoulders of the incoming VP Finance, Kuol Akuechbeny.

In a recent interview, Lakhiyalov did not describe any current plans for price adjustments, even though extra revenue has been significant. He explained that any changes in pricing would “really depend on how [AMS businesses] perform year over year.”

“I can’t say for sure when the price adjustment is going to hit because you really need to predict everything,” said Lakhiyalov.

Lakihyalov explained that there are many constraining factors attached to dropping food prices for the current fiscal year. One such factor is the opening of new business competitors that may hurt AMS revenue by taking away traffic from the Nest. Examples of these competitors include Nori, Jamjar and Tacomio, which are among the six new food outlets that opened just outside the Nest on University Boulevard last term. Despite the extra competition, Lakihyalov has not yet noticed any significant impact to Nest business performance.

The AMS is also currently on rolling deficit — another point to consider before adjusting food prices. Extra profit made from AMS businesses go toward this deficit as well as the Endowment Fund near the end of the fiscal year, which is used for capital projects that help “secure long-term financial security for the AMS.”

The AMS also tries to ensure that their food prices are not heavily affected by increasing supply costs. Rather than increasing food prices to match these costs, Lakihyalov believes that stabilizing food prices is more in-line with the AMS’s goal to prioritize student affordability.

Regardless of these constraints, Lakihyalov believes that consistent business performance for the rest of the current fiscal year — which ends in April — will be enough to warrant price evaluation for the next fiscal year.

“Looking into the next fiscal year, that’s when we’re going to be able to look back at this year [and] see an entire year of performance,” said Lakihyalov. “If we see constant good performance, then we can look at which outlets we can actually seek to do price adjustments … [that are] significant enough for students to actually feel that impact and notice it.”

Lakihyalov is currently working on the 2018 AMS Nest experience survey, which will be used to collect student feedback on a variety of aspects of AMS Nest businesses.