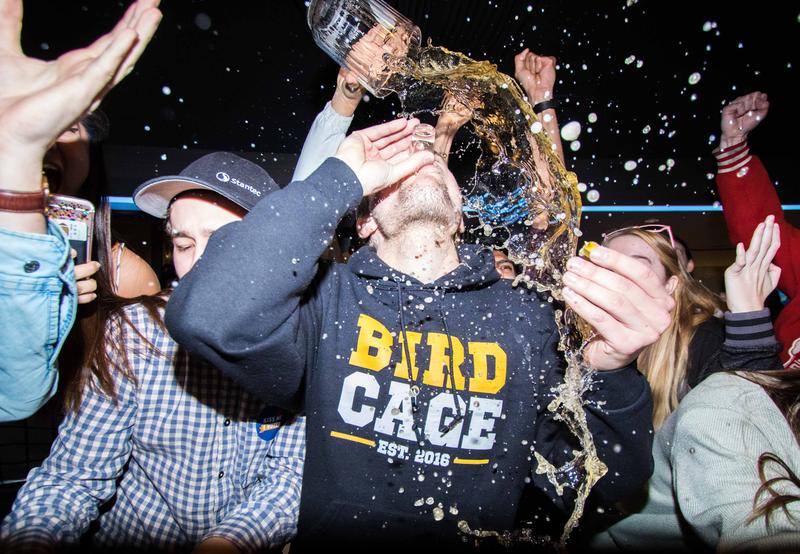 Alan Ehrenholz, who ran as the Engineering Cairn, has won the race for AMS president.

“It's unbelievable — you can't describe it,” said Ehrenholz. “To be here with all your friends, it's indescribable.”

It’s been an unusual race for president — many candidates have had little or no AMS experience. Ehrenholz, although he initially campaigned as a joke candidate, was the only one who had previously worked in student government. According to the the AMS’s archivist, Sheldon Goldfarb, his win today marks the first time that a joke candidate has won the AMS presidency.

“As a joke candidate, it's hard to know what to expect and to come out on top is unbelievable,” said Ehrenholz.

“It's time to enjoy, it's time to have fun and the work begins tomorrow morning.”

Ehrenholz will start his term as AMS president on May 1.