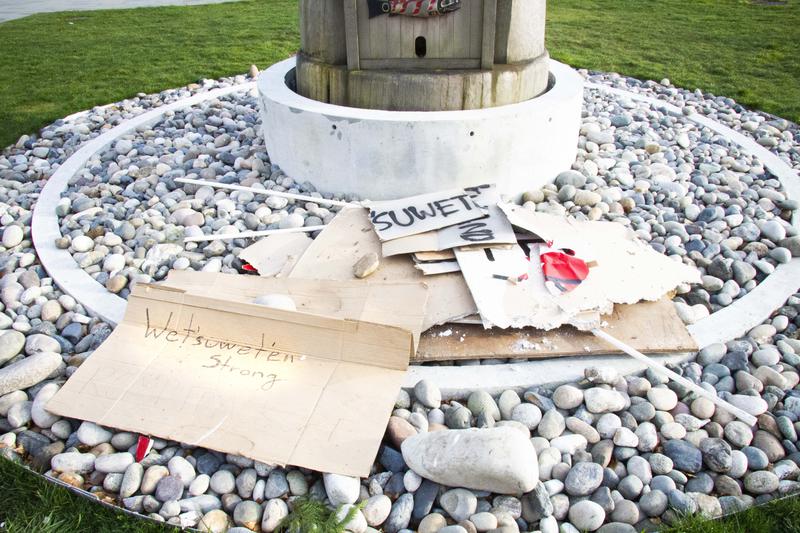 “Tampering with and removing our ceremonial objects is NOT reconciliation,” wrote Eatherton on one of the photos. Emma Livingstone

An installation at UBC’s Reconciliation Pole in support of the Wet’suwet’en land defenders was vandalized on Tuesday.

The installation was created by students in support of the Wet’suwet’en land defenders and hereditary chiefs who oppose the construction of the Coastal GasLink pipeline on their unceded territory, as well as the Indigenous youth who have been demonstrating at the BC legislature in solidarity with Wet’suwet’en.

Fifth-year forestry student Arial Eatherton, who helped create the installation, posted photos of the vandalism’s aftermath on an Instagram story.

The photos showed signage that appeared to have been ripped and left on the ground. Eatherton wrote that a red dress — a symbol of missing and murdered Indigenous women and girls — was missing.

“Tampering with and removing our ceremonial objects is NOT reconciliation,” wrote Eatherton on one of the photos. Eatherton could not be reached for further comment by press time. 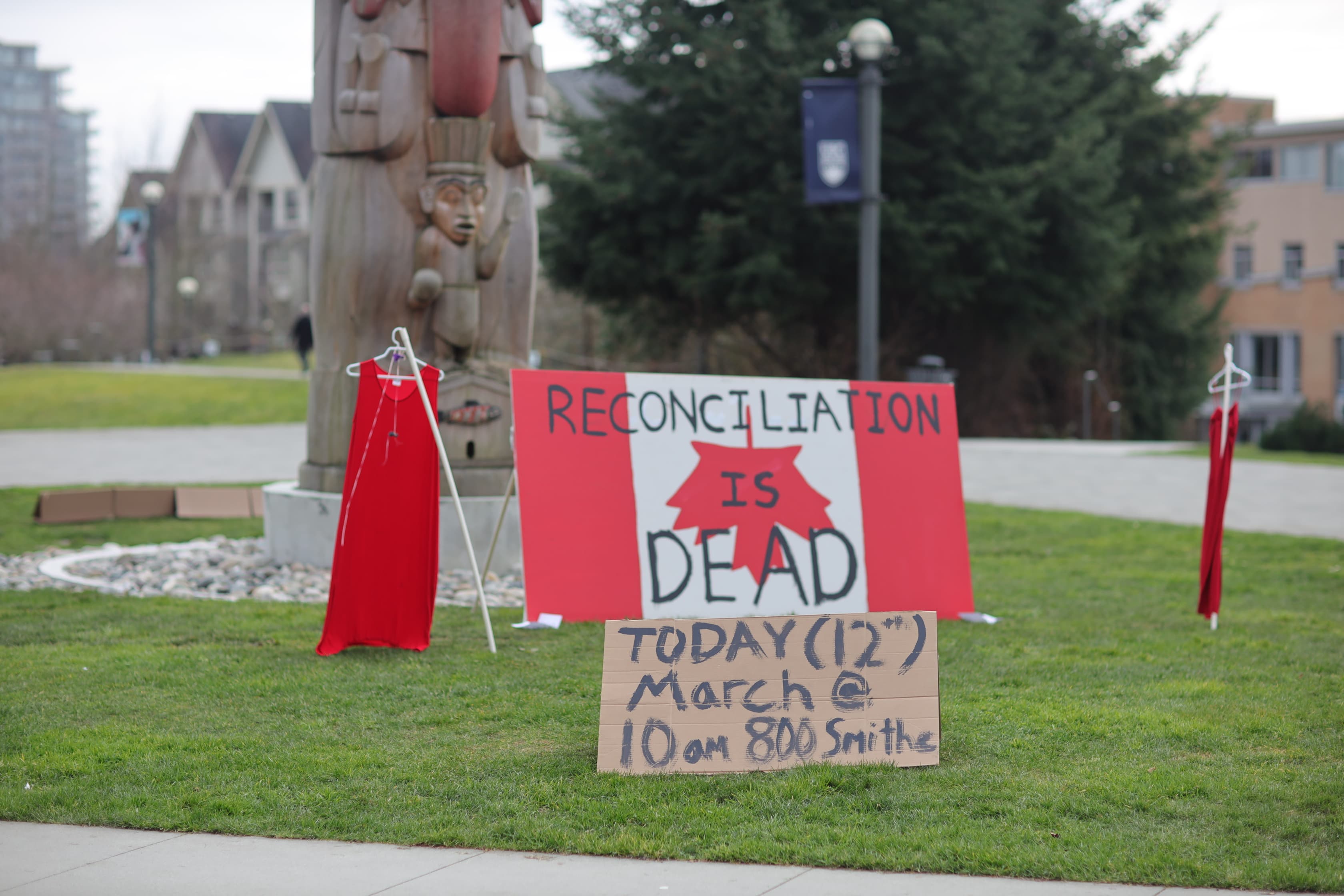 The original art installation when it was set up on February 12. Salomon Micko Benrimoh

In a written statement to The Ubyssey, UBC Media Relations Senior Director Kurt Heinrich said that the university was aware of the damage and that Campus Security has since increased patrols around the area.

“UBC is aware of this complex dispute and the strong differences in viewpoints about it. UBC does not condone violence of any kind and we urge people to strive for a calm and orderly resolution to the conflict – one that aligns with the peaceful and mutually respectful guidelines of behaviour articulated in the UN Declaration on the Rights of Indigenous Peoples,” he wrote.

As of 4 p.m. the destroyed signage was still lying in front of the Reconciliation Pole.

This is the second time the pole has been defaced in less than a year. Last April, the pole itself was vandalized in an incident preceding its two-year anniversary.