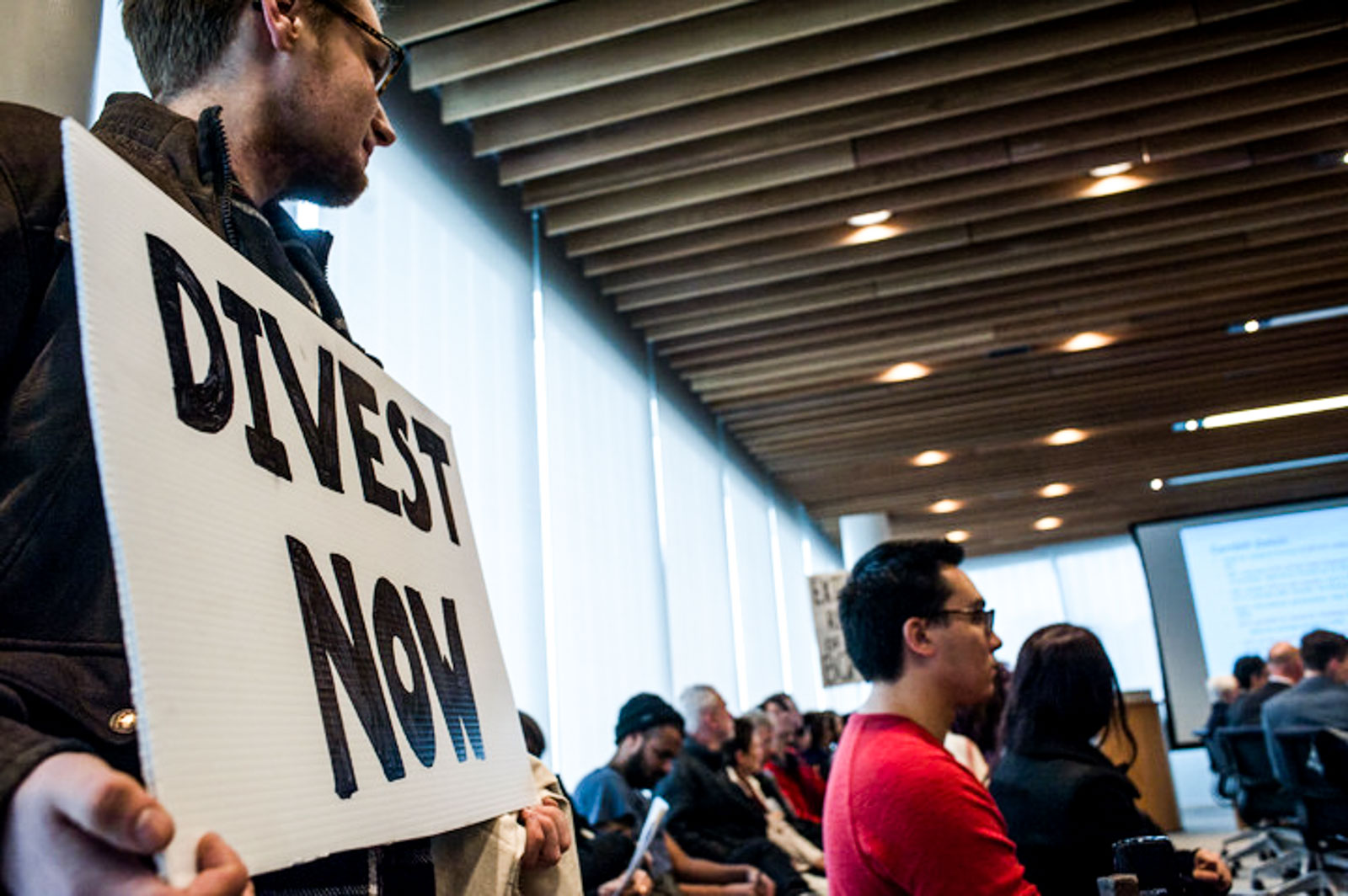 The Board approved the policies and procedures for its Sustainable Future Fund on September 21.

The Sustainable Future Fund's statement of investment policies and procedures was approved at the last UBC Board of Governors meeting — which took place September 21 — in the Okanagan. An investment manager is slated to be selected at the October meetings of the Endowment Responsible Investment Policy Committee.

The Sustainable Future Fund (SFF), put simply, is intended to be an investment fund slated specifically for investments in sustainable initiatives — which differentiates it from UBC's other investment portfolios. The definition of sustainability in question may vary.

In 2013 and 2015, votes passed with the majority of students and faculty in favour in favour of divestment, prompting the board to develop a new ecologically-friendly endowment — the SFF.

The fund will be managed and invested by the UBC Investment Management Trust (IMANT). It will be invested 30 per cent in bonds and 70 per cent in global equities, with materially lower carbon dioxide emissions and higher ESG (environmental, social and governance) ratings than a passive equity portfolio.

The SFF will be established with $10 million from the Trek endowment — that is, land lease revenues endowed by the Board — and donors.

The long campaign pushing UBC to divest from fossil fuels was widely supported.

“The campaign started off with holding a student referendum [on whether] to support fossil fuel divestment over a five-year period and that referendum was won with a 77 per cent majority, so we then presented that and the divestment policy to the Board of Governors,” said Steph Glanzmann, student coordinator for the group.

They were told that in order for the proposal to be considered, UBCC350 would have to show that they had the support of two major voting groups. Given that they had proven student support, UBCC350 went on to hold a faculty referendum asking the same question, which also passed with a winning majority of 62 per cent.

The Board of Governors, after seeking a third-party review and on the recommendation of the Finance Committee, decided not to divest. This was — according to Andrew Simpson, the vice president of finance and operations at UBC — because of the nature of the endowment fund.

“We've got an endowment which is [around] 1.6 billion dollars and the bulk of that is invested with a large range of managers ... They invest in pool funds, and those pool funds have a huge number and huge range of different companies and different products included in them ... Once we go into a fund, we're not able to tell a fund manager [to invest in certain companies].”

Instead, it was decided that the Board would start a second endowment fund — the Sustainable Future Fund (SFF) .

Simpson says the fund was a more feasible alternative to full divestment, allowing the university to put money into low-carbon emission and high ESG equity funds, without acting against the best interests of donor's money.

"[Full] divestment was not a viable option," said Simpson.

Glanzmann, however, questioned this explanation, saying that “if the pressure is there, if an institution asks for something to be created or is looking for a business opportunity, clearly the [investors] will make adjustments to that client's needs.’’

As to when the fund will begin to be used, Simpson said they are waiting to consult with UBCC350.

“We would be ready to go today, but 350.org asked to speak to the responsible investment subcommittee and so we're holding off making any [investment decisions] pending that conversation.”

In terms of how the fund will be used, Simpson explained that the returns — not the whole endowment — will be used to meet the needs of the individual endowments.

When it comes to the usage of this fund, UBCC350 has one major concern. They think that the fund's low-carbon based approach could leave room for the university to invest in fossil fuel and pipeline companies because such companies need not necessarily have a large carbon footprint.

This is something that Simpson does not deny.

“[The] fund takes a broader approach in looking at both carbon emissions as well as fossil fuel, so it's not going to fully divest from fossil fuels.’’

Despite their reservations as to its usage, Glanzmann says UBCC350 still hopes that the SFF will lead the university in the right direction.

“We left the room really trying to see the silver lining on this new proposal ... At the end of the day — if they are trying to take this step, as small as it is — the least they can [do] is for it to be successful.’’