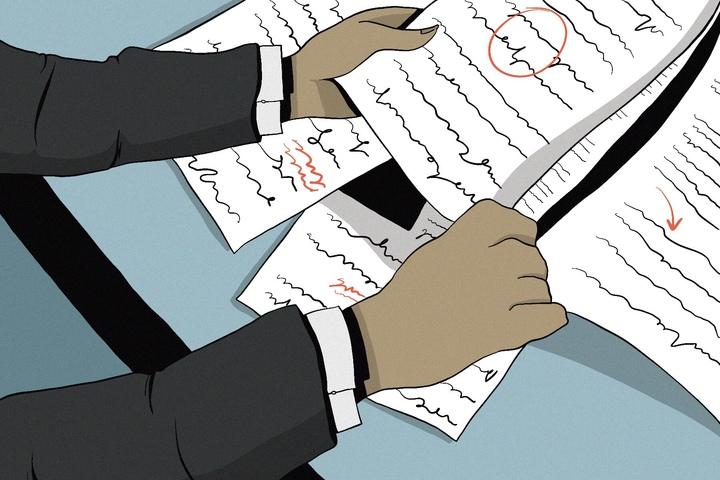 A program fee attached to the proposed biomedical engineering undergraduate program has some worried that the university is setting a precedent that circumvents the spirit of the domestic tuition cap.

Hugh Brock, the university’s assistant provost academic innovation, calls biomedical engineering (BME) “one of the fastest growing fields in all of higher education.” Right now, UBC offers graduate courses in the field, but no undergraduate specialization.

“UBC is late to this party,” he said.

UBC has said the fee is necessary because of the money required to acquire and maintain medical devices, the special handling and containment required for procaryotic and eucaryotic cells in culture, lab supplies and the need for specialized technicians to support classroom and lab teaching.

Currently, UBC has withdrawn the BME program proposal from the Ministry of Advanced Education, because, according to Brock, they “had some questions for us that we couldn’t answer.”

UBC was unable to tell the ministry when the school of biomedical engineering would be approved, as well as what effect it would have on the program’s finances if the engineering expansion program, which would allow universities in BC to accept more engineering students, wasn’t approved. The answer to the question of the school — to which the BME program would belong if both pass — is dependent on the upcoming May Senate meeting, over which university administration has no control beyond some administrators having a seat, and upon the provincial election.

But whatever conclusion is drawn regarding the ministry’s concerns, it will not change the current fee structure being put forward — which has already been passed by the Board. In effect, the program’s review by the province has been delayed until mid-May. So the question remains — what is a program fee and what kind of impact can its inclusion in this program have on overall costs and more importantly, on students?

Approved in 2005, the domestic tuition cap prevents post secondary institutions in BC from increasing tuition by more than two per cent per year for Canadian students. In 2007, it was extended to cover institutional and program mandatory fees, such as technology fees and building fees.

Tuitions for new programs and new fees are uninhibited by the cap in their first year, with initial fees being determined by universities’ respective boards.

The BME program and other applied science programs, such as mechanical and electrical engineering, average out to the same per credit tuition. This need not be the case, noted Veronica Knott, one of last year’s student members of the Board, considering its status as a new program.

“I respect them for not coming in and charging double tuition,” she said.

But last year’s EUS VP Academic, Jakob Gattinger, says that a fee like this sets a “bad precedent.”

“The idea that we have both per credit tuition and sort of supplemental fees that are not attached to a specific course [that then] becomes a bit of a slush fund … is one of our biggest concerns,” he said.

A report released by the EUS says that by having tuition equivalent to other applied science programs — and then a less-obvious $750 program fee — the true cost that BME poses to students is masked.

One size fits most: The problem with program fees

By using this additional fee to fund that which might usually be funded by tuition, Gattinger considers it to be in violation of the spirit of the tuition cap.

The AMS and EUS’s joint submission as part of the program’s consultation process noted their lack of support, and highlights concerns about the “harmful precedent” that would be set by the fee.

“There’s a bigger conversation to be had here with regards to access to education — an extra $500 dollar fee can make the difference for some of the best and the brightest.”

“Passing this may encourage similar charges to be introduced across other programs,” reads the letter.

Affordability concerns add to those regarding transparency — the $750 fee increases the cost of a BME student's annual education by 10 per cent.

“There’s a bigger conversation to be had here with regards to access to education — an extra $500 dollar fee can make the difference for some of the best and the brightest,” said last year’s AMS President, Ava Nasiri, in an interview with The Ubyssey.

“Having been actively part of the conversation surrounding international tuition increases a few years ago, I’ve come to realize, in using the case of biomedical engineering student fees as an example, how important it is for students in the moment to advocate and stand their ground in holding the university accountable in fees that may be less than straightforward in their abidance of the two per cent domestic tuition cap,” she said.

Ironically, the decision to implement the fee was made by UBC in order to avoid potential circumvention of the tuition cap.

UBC, unlike other universities, takes a one-size-fits-all approach to tuition.

“The tuition is the same for each course, whether it’s an arts course or an engineering course … most programs will have a mix of relatively inexpensive, average and above average [costs], but overall it’ll work out,” said Brock.

He said that with biomedical engineering, UBC wanted to respect the spirit of the tuition cap by keeping tuition the same as for other applied science courses, but that left them short of meeting some costs to the program. So they chose to implement a fee.

“It’s an interpretation,” said Brock. “There is certainly a program fee and there aren’t many programs with program fees, but in fact there are precedents for program fees.” According to him, these precedents were formed due to the high material costs for certain courses.

The EUS notes that the only such precedent they could find was in the program of pharmacy, with a fee of less than $100.

Knott’s concerns mirror Gattinger’s to an extent — she abstained from the final vote approving BME’s fee structure due to concerns about the lack of clarity about how program fees are defined. But, she also brings up wider concerns with funding.

“The program fee ... highlighted the fact that our tuition is not covering the costs of our education anymore,” said Knott.

“Historically, most universities have grown their way out of problems,” said Brock. “Until both the enrolment cap and the tuition cap were imposed, UBC doubled in size and now there are double the number of students every 15 years.”

“It’s getting harder and harder to balance the money coming in with the costs.”

With the introduction of the caps, UBC was prevented from both accepting more students and increasing tuition — the two ways through which, Brock says, they would best be able to fund themselves.

This has been complimented by a decline in provincial funding.

The engineering expansion program, basically the partial removal of the enrolment cap for applied science seats throughout the province, will help UBC fund programs like BME — allowing them to take more students to cover costs. Increased funding would also help close the gap.

Politicians have previously expressed concern with increased reliance on fees. Last summer, in discussion surrounding controversy of a “different interpretation”  of tuition limit, advanced education critic Kathy Corrigan criticized the “reliance on students fees as opposed to government’s funding” in an interview with The Ubyssey.

The need for speed

Some students mentioned issues with how quickly consideration of the program and its tuition went forward. At the Senate level, student senator Ian Sapollnik remembers committees feeling pressure to get the program’s structure approved at the Senate’s November meeting, in order to be put forward to the Board in December and then approved by the Ministry of Advanced Education in time to have students entering the program in September 2017.

Gattinger, as a part of the tuition consultation process, noted issues gaining access to detailed documentation surrounding the tuition proposal and conducting adequate reviews and consultation within the one month period required and provided under UBC’s Policy 71.

Knott also acknowledges the difficulty with working under time constraints as a full-time student, but emphasizes the need for balance.

“We wanted more time with the Senate and Board, but students [started a] petition online that wanted biomed even faster [than we were already working on it],” she said. “So there’s always a balance between procedural ways and too much bureaucracy in getting a program done.”

An EUS report reflecting on their experience with the BME tuition and program consultation brings forward several recommendations for constituencies and the AMS moving forward. If followed-up on, they may lead to reform of Policy 71 — which outlines “Consultation with Students about Tuition and Mandatory Fees” — and encourage more active engagement from the AMS and constituencies.

One of the largest concerns brought up during consultation was addressed by the Board, who struck an advisory committee with equal student and faculty representation that will prepare an annual report on actual and projected expenditures from the fees in order to ensure accountability. This committee will also be invited to provide input on future fee adjustments.

Students don’t pick specialities until second year, so in theory if UBC is confident that the program would be approved before September 2018, they could admit students into engineering noting the opportunity of majoring in bio-medical engineering. Alternatively, they could wait until the program is approved and wait to admit first years until 2018.

UBC will decide which route to take in mid-May — after both the provincial election and Senate’s vote on the formation of a biomedical engineering school have occurred.