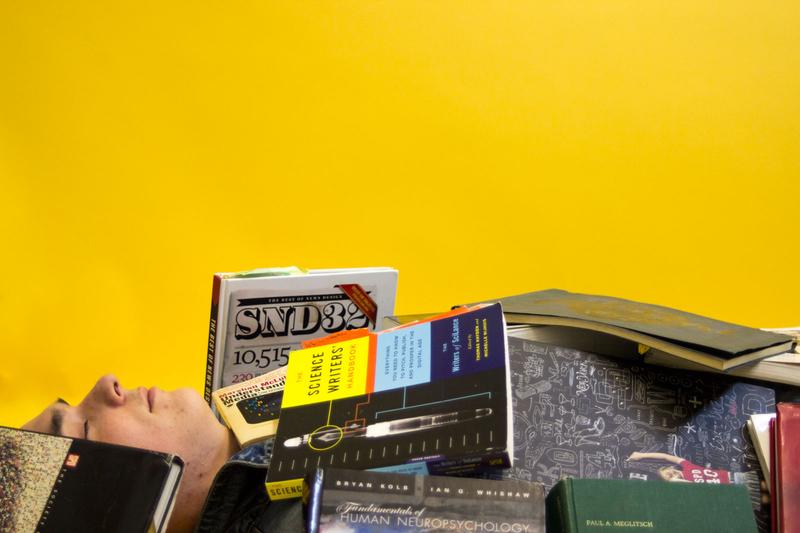 UBC students shouldn’t get their hopes up — a fall reading break is not coming to UBC next year. This ties UBC with McGill and Simon Fraser University as being three of the last major Canadian universities to not have a break in the fall term.

In recent years, fall reading break has become a part of student life across Canada. For instance, York University has had one since 2009, and so have over half of the public universities in Ontario since 2013. Closer to home, UBCO has a one-day break that is attached to Remembrance Day, thus giving its students four days off including the weekend.

This surge in the policy’s implementation could be attributed to the growing awareness about students’ mental health.

“The highest traffic for counselling services is right around November and October,” said Lina Castro, last year’s AMS Mental Health and Well-Being commissioner, in a previous interview with The Ubyssey. “A short break in that time would be very beneficial for students.”

According to Dr. Michael Krausz, professor of psychiatry, “possible benefits [of a fall reading break] could be some relief from the pressure, and the opportunity to self-structure study time in a self-selected environment.”

“I think the biggest thing is that this is time students can spend in their own way [and on what] works for them personally,” said Samantha So, the AMS VP Academic and University Affairs.

In 2015, the AMS was reported to have been “pushing for a fall reading break” and “seeing positive feedback from faculty, staff and students.”

What has happened since then?

Following the push from the AMS, the idea of a break was put forward to the Senate by the their ad-hoc committee on student mental health and well-being. Enrolment Services, the Senate’s academic policy committee and the Senate ad-hoc committee are now teaming up to build a fall reading break policy for the university.

Currently, the team is at the preliminary stage of reviewing the academic year’s schedule and has yet to discuss any potential changes to this structure.

“Over the past summer, [Enrolment Services] commissioned a study report about the academic year, which is how we schedule everything at UBC,” said Paul Harrison, the chair of the academic policy committee. “It looks at the current state of our schedule for the academic year, and some of the policies and constraints that determine the way it is.”

The next step is to formulate recommendations based on the review, which will likely be difficult due to all of the present constraints. Once the recommendations are developed, they will be presented to the public as alternative proposals for feedback.

“Traditionally, we directly consult the AMS as representatives of the students,” said Harrison. “These ideas would also have to be looked at by the HR department in term of effects on workers' contracts and arrangements. All of the different aspects of the university’s administration would have to be involved, such as the student recruitment office. You can name any group and they would have to be consulted because this affects the way they approach their work in a term.”

In short, it will be a long process before UBC can implement a fall reading break policy.

The study report and the scheduling review have identified various constraints. The main concern revolves around the available number of teaching days.

Since the number of days is determined by policy, having a break would require adding more time either at the beginning or at the end of term. This is no easy choice because each option has its own limitations.

The first option is to start the term before Labour Day. According to So, students exhibited enthusiasm about “starting before Labour Day but not before September 1, so they wouldn’t have to pay an extra month of rent in August.” This information came from the 2014 Academic Experience Survey.

In response, Harrison questioned how this change would affect UBC’s other initiatives that aim at helping students, such as orientation.

“If it impacts the beginning of term in September, it would also impact the orientation activities which are important things that welcome students to the university,” said Harrison. “There are calls for more orientation activities, not less. We have to provide time somehow for that. Creating a break in the fall term could affect our ability to do proper orientation.”

The second option is to extend the end of term, which could mean shortening the exam period or pushing it closer to the holidays.

In the 2015 Academic Experience Survey, students responded that they were against trading their Sundays for a shortened exam period. Extending the end of term could also shorten the holidays for students, especially for international students who need to take long flights.

When asked if UBC could start with a two-day break like that of UBCO, Harrison doubted its ability to maintain the required number of teaching days and posed the logistical question of deciding which two days to axe.

“If you attach it to Remembrance Day [like UBCO], it becomes a moving target. If you want a two-day break and it lands on a Wednesday, what do you do?” said Harrison. “Are students really going to go to class on the one-day gap [from the weekend]?”

What about the winter reading break?

The winter reading break started in 1965 as a two-day break and it was not extended into a full week until 1995. According to Christopher Eaton, the associate registrar, the winter term was first prioritized over the fall term for a break due to “the long gap between January 1st and Easter,” and its later extension was a purely logistical decision “to balance the number of teaching days between the two terms.”

UBC can now look back at the process and the impacts of its choice for guidance on how to build a fall break policy. One lesson is the need to think long-term.

“There was a strong debate across the university about whether or not starting later in January was a better alternative to a longer reading week, but the latter won out,” said Eaton. “I can see that being reconsidered nowadays because more UBC students [are coming] from across Canada and around the world, and travelling on January 1st is somewhat arduous ... People have been raising this issue again and this is something the university is actively considering.”

In the end, these policies are the products of trade-offs, with no way to please everyone. Establishing a fall reading break will therefore be a step toward making UBC more supportive of mental health, but the effort to promote students, staff and faculty’s well-being must continue on.

This article has been updated to clarify the number of major Canadian universities without a fall reading break.