The march, which first started in 1992, is held every year to honour the many Indigenous women and girls who have gone missing or have been victims of violence. Zubair Hirji

The voices of the Indigenous women could be heard loud and clear at the annual Women’s Memorial March held on February 14.

The march, which first started in 1992, is held every year to honour the many Indigenous women and girls who have gone missing or have been victims of violence. This year thousands of people took to the streets to march in solidarity and show their support for the cause.

The sea of people was led by Indigenous drummers, singers and other musicians, as they sang a call to arms to all women. The march proceeded through the Downtown Eastside and stopped periodically at locations where Indigenous women and girls had been found murdered or were last seen to honour and remember them.

This was the first march that took place since the release of the ‘National Inquiry Into Missing and Murdered Indigenous Women and Girls,’ a report that was tasked with exploring the root causes behind the discrimination faced by Indigenous women and girls across Canada.

The crowd at the march called out for firm actions to be taken by the federal and provincial governments on the recommendations outlined in the report, with posters that drew attention to various issues like excessive violence, the loss of culture and the racism faced by Indigenous women and girls.

The march ended where it began, in front of the Carnegie Centre, and closed with powerful speeches and poems delivered many Indigenous speakers.

The narration of personal experiences and stories of abuse and loss were told to highlight the need for change in the conditions many Indigenous women and girls continue to face. The speakers also emphasized the importance of maintaining their cultural identities, protecting women as the life-givers of the community, staying strong the persistent through discrimination and trying to make a positive change for future generations. 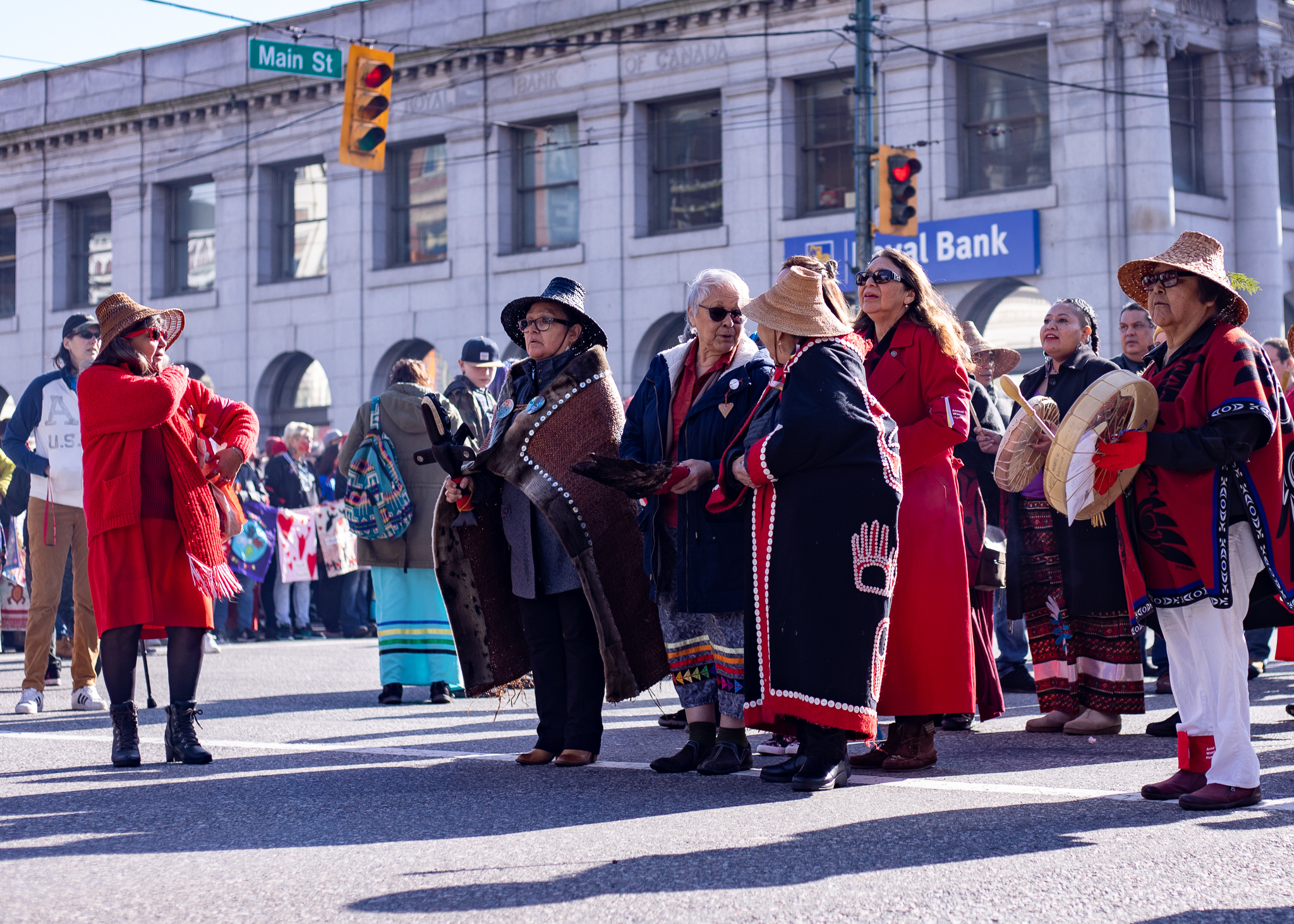 This was the first march that took place since the release of the ‘National Inquiry Into Missing and Murdered Indigenous Women and Girls.’ Zubair Hirji

Carol Martin, a coordinator for the event, explained some of the difficulties Indigenous women face in the Downtown Eastside, such as shelters refusing to accept them.

She added the government needed to act on the recommendations put forth in the reported work towards reducing the systemic discrimination that the Indigenous community faces be it through the lack of affordable housing, incarceration rates or the number of individuals going missing in the community.

When asked about steps university students could take, Martin said “students should read the report put out by the government last year as well as ‘Red Women Rising,’ a report released by the Downtown Eastside Women’s Centre.”

She believes that university students should further educate themselves about the current conditions faced by Indigenous communities and the history that they went through.

“People need to understand how the history of physical and sexual abuse at residential schools could affect survivors today,” said Martin.

“The conversation needs to open up more even though it will make people uncomfortable.”