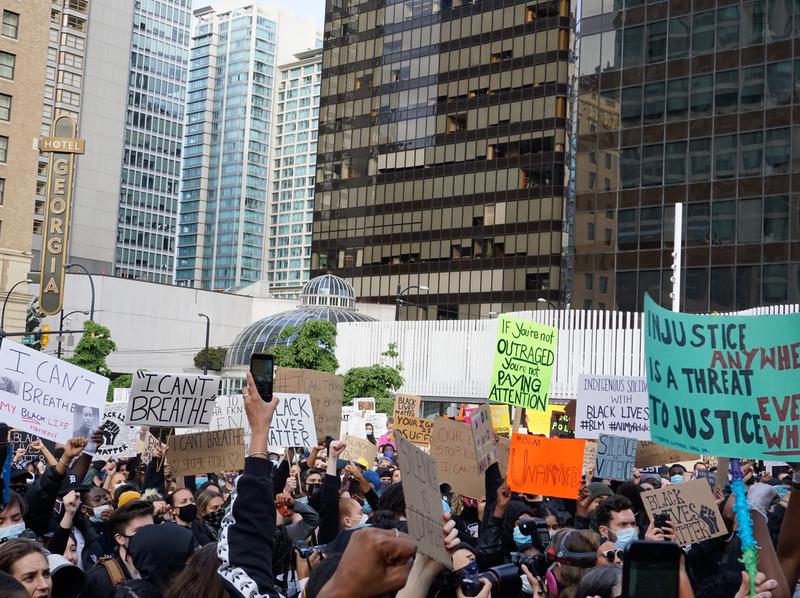 In the past fifteen months, Canadians have experienced heightened racial tension exacerbated by the COVID-19 pandemic. Anti-Asian racism has become disturbingly prevalent — recently a Korean student was physically assaulted just off campus, an attack prefaced by a racist comment.

In the wake of Black Lives Matter protests across North America in June 2020, UBC President Santa Ono committed to addressing UBC’s systemic racism and prioritizing inclusivity for students, staff and faculty. In statements on June 1 and June 16, Ono committed to enact five major anti-racism commitments through a series of varied and multifaceted actions.

From creating recruitment awards for Black students to implementing the Inclusion Action Plan, UBC has already completed some of the actions, but many are forthcoming.

Since April 2021, the UBC Task Force on Anti-Racism and Inclusive Excellence (ARIE) has worked extensively in collaboration with people throughout the university who are affected by, or involved with, enacting systemic change. The goal is to “develop a series of initiatives and recommendations across the university,” UBC Vancouver VP Students Ainsley Carry and Provost and UBC Okanagan VP Academic Ananya Mukherjee Reed wrote in a statement to The Ubyssey.

“While progress has been made in the commitment to begin addressing systemic racism, there are areas that require focussed and sustained attention,” they wrote.

The recommendations from ARIE are expected to be completed by late summer.

Dr. Henry Yu, former chair of the Asian Canadian Community Engagement Committee, worked in consultation with UBC to ensure that the actions committed by Ono were meaningful and pertinent.

One result was the creation of the National Forum on Anti-Asian Racism, a virtual event hosted in mid-June that connected scholars and students from across the country to share their stories and experiences as Asian-Canadians.

Yu said that the forum was “a direct result of President Ono’s commitment, because he committed for UBC to convene it to a national coalition.”

“It’s one thing to say our president’s committed to something, and much more powerful to say a university across the board has become committed to finding solutions because that collective effort is going to have huge impacts.”

Importance of sustained commitments to anti-racism

Other actions will take longer to implement as they are deeply entwined with how UBC is structured, Yu said, speaking specifically about the lack of diversity in admin.

Yu spoke favourably of UBC’s listening sessions to understand the living stories of people who are affected by these structural inequalities and lack of diversity.

“When you’re talking about people’s lives and their sense of their own potential and being passed over and seeing people who come into an organization with less experience and being promoted past them ... what is it actually like to be in an organization where this is a living reality? That’s the difference between reading about it, and having listening sessions and talking,” Yu said.

As progress is made on the five commitments, Carry and Mukherjee Reed emphasized that the commitments will need to be continuously revised and reviewed to ensure that the work is not “driven solely by expediency, but by responsibility to its core mandate.”

Yu said it will take a “tremendous amount of will and real action to change institutional culture.”

“The violence of the last year has not been a recent phenomenon — it’s embedded into the structure of our society.”

Yu said he felt a profound sense of hope when he attended the National Forum on Anti-Asian Racism.

“What we felt, especially from those younger participants, was ‘We’re not going to wait. We want to act, we are going to act and so either get on board or get out of the way.’

“What happened a year ago today was you had the president commit as leader of the university — what I think you see now a year later, is the empowerment of that commitment, the effect of the empowerment that had so many people who perhaps a year ago would have just checked out, or thought we can’t change this,” Yu said.

“That’s where I would measure change ... literally talking to colleagues or talking to a student: do they have hope?”