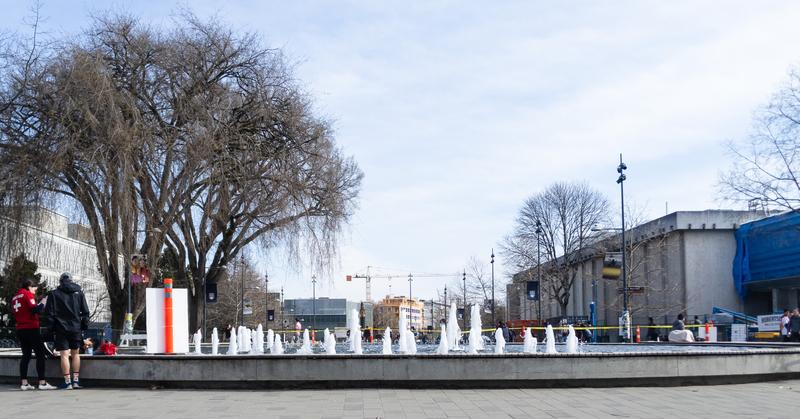 The revised policy will take effect on May 1. File Zubair Hirji

Former youth in care will soon be able to get a free education at UBC, no matter when they choose to enrol.

Since January 2014, UBC has been supporting the cost of former youth in care students’ first undergraduate degrees through the Post Care Tuition Waiver.

As of February 7, the UBC Board of Governors has removed this requirement. The revised policy will take effect on May 1.

Dr. Kate Ross, the UBC associate VP enrolment services and registrar who spearheaded the policy’s creation, led the amendment after meeting with other post-secondary institutions a year and a half ago.

According to her, the decision came with recognition that some former youth in care are unable to consider post-secondary at an earlier time because of barriers around “precarious housing, financial assistance, health care and emotional support.”

“We would have run into situations where [we] had students who were just short of it or given life circumstances hadn’t really started their post-secondary education until they’re a little older,” said Ross.

According to the Board document, there are 29 students currently benefiting from this policy at UBC Vancouver. Two additional students graduated last fall — one with a degree in social work and the other with a bachelor of arts.

Ross expects the lack of age restriction will result in higher attendance.

“Even if it helps one more student [that] was formerly in care,” she said, “that [is] actually a big step forward because one becomes two.”

“I really hope that there will be adults who had formerly been in care who now see a possibility to actually achieve their dream of having a post-secondary education,” added Ross. “Maybe some who never thought it would be possible.”

Following the change, UBC’s Post Care Tuition Waiver still requires benefiting students to have been in care for at least one year between the ages of 12-19. The policy is also usually not offered to those who were in care for a shorter time frame or exclusively at a younger age.

Beyond UBC, the provincial government’s tuition waiver program for former youth-in-care students still requires recipients to be between the ages of 19 to 27.

Ross said she is currently working with UBC ‘feeder’ schools, like Langara College, to ensure compatible policies that would build a smoother transition to UBC.

“You really need to think about it as a system and all the component parts in the system to actually result in a student actually being here at UBC,” said Ross.

The AMS has also been pushing for UBC to allocate $150,000 from the Excellence Fund toward expanding the scope of the university’s policy to support more youth-in-care nationally. The society was unavailable to comment on the policy revision specifically despite multiple requests.