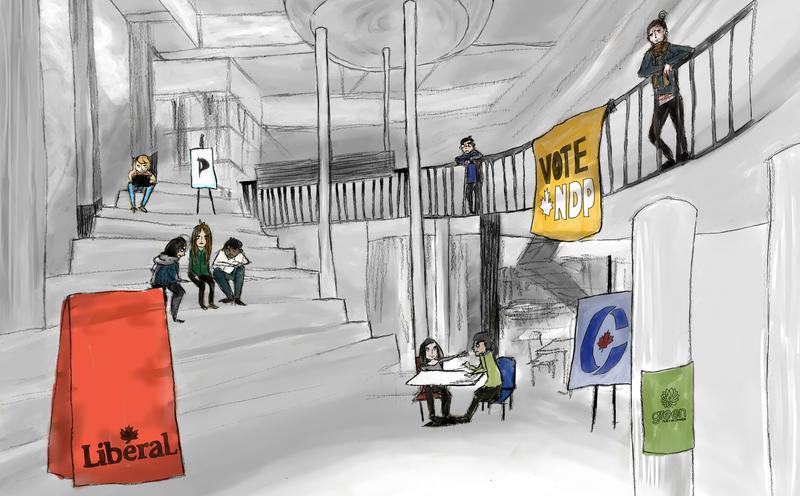 Statistics from last year’s federal elections were recently released, displaying a surge in voters between the ages of 18-24.

Maxwell Cameron, professor in UBC’s political science department, attributes this increase in voter turnout from the younger age demographics to a public perception that the race between the Conservative and Liberal parties was extremely close.

“In the end, it was less close than we anticipated, but there was a lot of opposition to the Harper government and a lot of concern that he might get re-elected. Certainly that mobilized a lot of people,” said Cameron. “People felt that there was a lot at stake in the election.”

To attract the vote of younger citizens, Cameron notes that it is important for youth to feel like politicians are speaking to them and caring about their issues, citing current Prime Minister Justin Trudeau’s ability to connect with younger voters as a contributing factor as well as policy changes directly affecting youth.

“The use of social media is actually critical to engage youth,” said Cameron, cautioning that knowing how to use social media is just as important as using it at all. Rather than simply tweeting to followers, he said, politicians need to interact with their potential voter base. “It’s not just a one way conversation.”

Kaylyn Leung, a graduate student in chemistry at UBC, believes that the results from the 2011 federal election also spurred political momentum.

“I think [the increased turnout] was because there was a bit of outcry from the previous election that barely any of the youth voted,” said Leung.

When youth voter turnout is low for Canadians, not only is there the concern that young adults are not making their voices heard, but that they may not do so when they are older either. Because of this, Cameron explains that encouraging youth to vote now is encouraging the next generation of politically aware citizens.

With the recent revision of the Elections Act removing Elections Canada’s ability to promote voter turnout, other efforts have surfaced to spread the word and help citizens cast an informed ballot.

One of these student-led initiatives was AMS’s Champion the Vote campaign leading up to the election. Polling stations were brought onto campus for the first time, enabling students to cast their ballot between classes. Various events educating voters were also set up, including the All Candidates Debate in the Nest and debate launchings in the Pit.

“I think a lot of the momentum behind the increasing voter turnout comes from student associations and that’s what I see as the most beneficial because essentially it’s youth helping youth vote,” said Jude Crasta, AMS VP External.

Growing up in a politically active family, Mitthou Kam, a fourth-year kinesiology student, believes the most important factor is to keep the discussion happening.

“It's just something that you've got to talk about,” said Kam. “People try to keep private about their own political views, but that doesn't mean you can’t talk about policy or what’s going on in the election.”