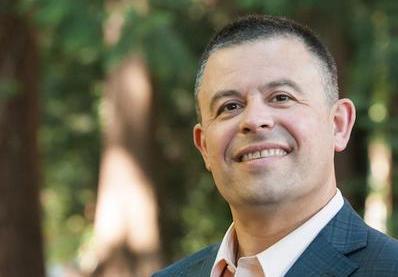 First created in 1963, the award recognizes the “distinguished civil or military achievement” of French citizens with at least 10 years of service. Currently, there are 187,000 recipients, and 4,600 new members are inducted into the order each year.

Because Tiberghien did not personally apply for the award or know about the deliberation process, the news came as a surprise to him.

“It just shows up on your doorstep, you know as a surprise email ... but great surprise,” he said.

In fact, it was so unexpected that his wife spitted out her water upon hearing the news.

“And I told her, ‘Oh guess what, I’m a Chevalier! I’m a Chevalier!’ and then she couldn’t believe it that she squirted all the water out. She’s like ‘Oh no, what is he making up again?’ She knows I’m a creative kind of dreamer, but she thought “this is too much,” right?”

Tiberghien is also not fully aware of what particular achievement has earned him the award. But he suspects it to be his work involving the G20 — a group of 20 countries that aims facilitate global financial stability — and the Paris Agreements, where he has also been leading a team of ambassadors, professors and students that consults on the Paris Climate Agreements.

The achievement Tiberghien takes most pride in, however, is the Vision 20. His “most ambitious project,” the V20 is a network of think tanks with the objective of uniting policy makers, academic researchers and university students to address global issues such as globalization and climate.

“It’s something creative that academics don’t always try to do — to link the research and the consequences of that research with positive action to try to affect the world,” he said. “And I also try to always have a strong student involvement, so I always bring a lot of students into it.”

He then recalled the experience of V20 being hosted at the Brookings Institution in Washington, DC. There, UBC professors and students were able to have access to “the Washington elites” — former directors of the White House, former deputy ministers and think tank leaders.

Here on campus, he has previously served as the chair of the president’s ad-hoc Committee on International Strategy under former President Arvind Gupta, worked as the director of the UBC Institute of Asian Research, and led the creation of the Master of Public Policy and Global Affairs as well as assisted in the founding of the UBC School of Public Policy and Global Affairs.

He is also the executive director of UBC China Council.

Currently, Tiberghien is writing his latest book, which will be entitled Up for Grabs: Disruption, Competition and the Remaking of the Global Economic Order. It explores the decision of the Trump administration in the U.S. to pull away from international governance and trade and analyze the repercussions that will ensue on the global economic order as a result.

“We are in this fascinating moment of a competition over the rules of the game, of the global game,” Tiberghien said.

“Sometimes it happens peacefully [and] sometimes it can be much rougher. But it’s also incredible ... it’s a time for entrepreneurs, political entrepreneurs to have a big role.”

The article has been updated to clarify Tiberghien’s achievements and the circumstance of his wife finding out about the news.