Ask Natalie: Help! My boyfriend is drinking all of my almond milk 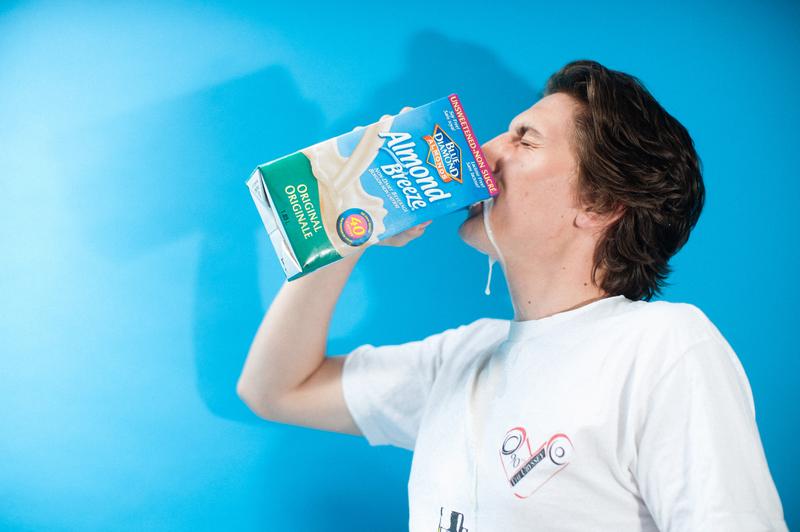 My boyfriend, whom I love dearly and is generally a wonderful boyfriend, won’t stop drinking my stupid almond milk. We don’t live together but he comes over a lot. I know that almond milk is literally the best thing on this Earth, but it’s not cheap. It’s not cheap at all. At this point, he's going through eight litres a week and I’m feeling it both in my wallet, and my poor almond milk-less stomach. I want to feed my almond milk addiction, but I don’t want to support his.”

You’re an enabler. Plain and simple. He lives the almond milk life now. You introduced him to it and now you have to deal with the facts of your new life. You drink from the almond tree. It gives you life and you must return life to it in order to sustain it. I suggest sacrificing your boyfriend. Maybe if you have a friend you don’t really like, they would be an okay substitute.

In all seriousness, there are a couple things you can do. You can go the easy (read: boring) route, where you talk to him and ask him to either, a) bring his own almond milk to drink, b) stop drinking yours, or, c) to chip into your almond milk budget, which I think we both know you have.

You can go the super petty (read: fun) route where you hide the almond milk every time he comes over and you can replace it with a 250 mL bottle of regular milk with your boyfriend’s name written on it.

Or you can go the aggressive (read: super fun) route where you challenge him to a physical fight for dominance over your fridge and therefore your almond milk. The only downside I see to this option is that you might lose access to your own fridge and that your roommates might not love the fact you’re fighting your boyfriend in your shared space.

Overall, you might have to choose between the two great loves of your lifetime: this random boy and your own almond milk. Tough choice.

I’ve decided against pursuing the major I originally wanted when I started at UBC. The intro classes for it are not engaging and I feel like I would hate majoring in it. I’m a first year but I like to have a life plan. What should I do?”

It’s okay not to have a life plan for a while — like you said, you’re only in first year — but I also know how good it feels to have a direction. Unfortunately for you, basically all first year classes are minimally engaging. There’s a reason there’s more than 50 people in those classes — because honestly they’re just trying to give you the basics as fast as possible so you can move on to the fun stuff.

Trust me, I may sound like a bitter fifth-year when I say this, but I have the misfortune of taking a first year intro class to my own major because first-year Natalie forgot to take all the requirements. It’s dreadful. First year intro classes aren’t meant to be engaging — you don’t know enough to be engaged yet. It takes time.

If you think you’d be at all interested in pursuing your old major choice, find out what you need to major and minor in it. If you decide later to drop the major, you could still get a minor in it. Upper year classes are much better, I promise.

If you’re sure you’re not interested at all in majoring in it, cool. Take as many courses that sound interesting to you and try to find you passion. Think of what you’d like to do post graduation and work backwards — which major will help you get there? What careers sound interesting and what are the most commonly accepted majors into that field?

Changing your mind in university is not a big deal — it’s basically a cliché at this point. Just make sure you decide on something new before you have to declare.