Ask Natalie: Bite the bullet and block him 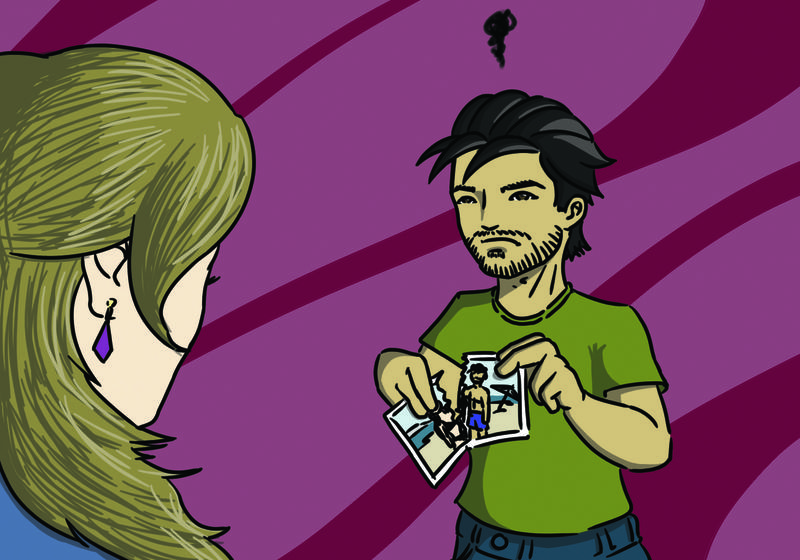 “Don't lie and don't beat around the bush.” Julian Yu

A few weeks ago I went on a date with this guy, and it mostly went pretty well except for a few things he said on the date that kind of irked me. For the most part, we had a good time chatting, but these red flags keep popping up in my mind. He asked me if I want to have kids and I said no, and he tried to persuade me that I should. It was a brief conversation, but afterwards it left a bit of a mark. The next day, he sent me a text asking what I thought about being in a committed relationship with him. I said that these things take time, and I wasn't going to jump to any conclusions after one date. The next few days, he texted me repeatedly talking about how he fantasizes about me and our life together, married and with kids, and at that point, I was kind of freaked out. I went from vague, chilly responses to just not responding to his texts. He continued to contact me, asking if I'm okay, asking if I want to go on another date, and it was clear he hasn't gotten the message. Do I continue to ghost him or let him know that he scared me away with his over-eagerness?”

Oh, I had one of these guys once. It took a series of texts of me trying to end things “nicely,” becoming less friendly with each text, before I just told him I didn't feel like we were working out. He texted me a month or so later, asking for another chance. I blocked him.

If he's not getting the ghosting, then you just have to bite the bullet and tell him you're not interested in seeing him anymore. You don't need an excuse — in fact I would advise against an excuse because that leaves you open to him picking it apart. It can get messy. Don't lie and don't beat around the bush.

Send him something like “I've been thinking and I don't think we should see each other anymore.” If he presses you for a reason, which judging this guy from here he probably will, tell him some version of the truth. “I'm sure I don't want kids and I don't feel comfortable entering something serious with someone who doesn't feel the same,” or “I think we're looking for different things. I need to feel compatible with my partners.” Make it about you rather than him. It's a cop-out, but it's one that will make things a lot easier.

And then block him and get ice cream or something. If you want, you can wait for a reply, but block him right after that. Don't give him a chance to make you regret ending things.

How do I overcome the mid-semester slump? I started the semester really strong, but the past week or so I've been becoming more and more tired, bored, and unmotivated, and like I need some time to refresh and refocus. I'm used to having fall breaks, but since that's not an option, is there any way I can get recharge my batteries without my grades suffering and within the confines of university life?”

Take a break. Give yourself a weekend where you don't do any school work. Don't let the weekend waste away. Don't just lay in bed, watching Netflix. Do something your heart enjoys. Painting, Granville Island, shopping downtown, going to the main branch of the VPL and read all day. Do something that will make you feel like you again.