Their Campus: Fleeting friendships across the pond 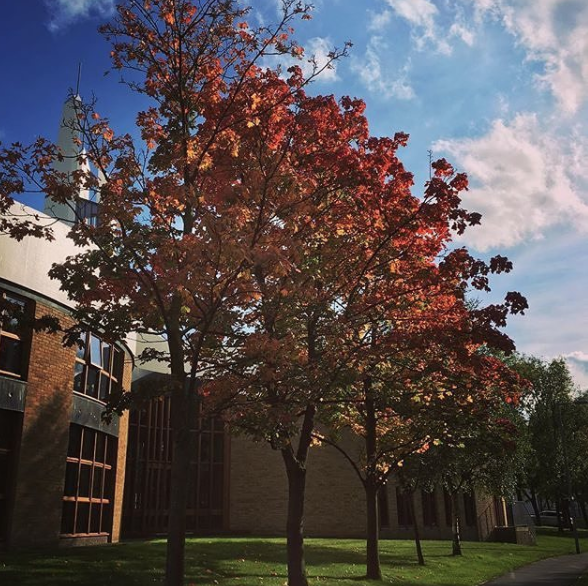 “A term at Lancaster is short.” Lancaster University Instagram

Before I arrived at Lancaster University in the north of England to start my exchange, I took advantage of their October term start and backpacked, solo, across Italy — except I was never really alone.

In Tuscany, I spent the evenings and late nights socializing with the other guests, cooking communal meals and playing cards until the early hours of the morning. On my last day in Rome, when I had no set plans for the day, I ended up exploring places I’d never even heard of with a few fellow backpackers.

You meet people, make friends and you’re gone the morning after. A similar situation occurs on exchange, only drawn out over the course of a term or a year.

There’s a strange thing about fleeting friendships, those that you understand must inevitability come to an end sooner rather than later — you can be anybody you want to be. You’re only as reclusive or as brashly outgoing as you choose, and in a few months, you’re gone. Your mark on that foreign campus is whatever you made of it.

This makes it both easier and more difficult to make friendships on exchange. A term at Lancaster is short — only ten weeks long, two of them made for revising and cramming for final exams. By the time I’d learned about and joined a society whose members would ultimately become some of my closest exchange friends, I had already been at Lancaster for three weeks.

I quickly realized that these friendships would be gone before I knew it. This inevitability — something that year-long exchange students face to a far lesser degree — can make it sometimes awkward to meet people, having to tell them you’ll be gone in only a few weeks’ time.

Like backpacking, it’s easy to let an exchange term fly by as a solo endeavour. It’s harder to force yourself to go out there, to mingle with flatmates and join societies you’ll be leaving in two and a half months — but that’s what an exchange is for, to shape yourself whichever way you choose, to step out and go crazy with it.