Relate to Senate: What to expect in the November meeting 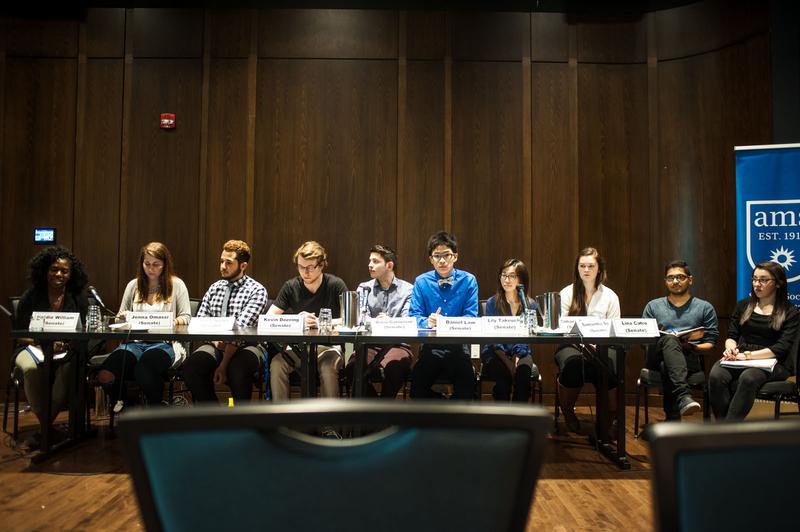 “This offering will help to address ‘Calls to Action’ from the Truth and Reconciliation report.” Emma Partridge

The UBC Senate meets monthly to discuss and vote on academic matters pertaining to the university. What goes on in the Senate chambers can often feel very overwhelming or dull to the average student and the agenda docket posted before every Senate meeting can be long and tedious to read. Here’s what to expect at the November 15 Senate meeting:

Following the publication of a draft statement on academic freedom, UBC President Santa Ono will be addressing the Senate about next steps on this issue at this meeting. Dr. Neil Guppy, senior advisor to the Provosts, will also be speaking to the Senate on the matter, as he led the working group which developed the draft statement.

Each year, the Senate considers a number of individuals to receive honorary degrees from the university. While the list of candidates is kept confidential and dealt with in an “in camera” (closed) session, past recipients have included CBC personality Rick Mercer, women’s hockey star Hayley Wickenheiser and former Prime Minister Joe Clark — these degrees take the nomenclature of Doctor of Laws, Doctor of Letters or Doctors of Science.

Senate will be receiving information at this meeting on the graduate certificate in Indigenous public health, which has been created by the faculty of medicine. In addition to detailing the program’s academic components, the proposal also references considerable subsidies from the Provost’s office and the Medicine Dean’s office, and how this offering will help addressing ‘Calls to Action’ from the Truth and Reconciliation report.

This proposal does not require formal approval by Senate itself, as the ability to give the go-ahead for certificate programs is delegated to the Curriculum Committee.

The Provost and Vice-President Academic will be presenting the annual summary of student evaluations of courses offered at UBC during the 2016/17 school year. Senate policy passed in 2007 requires that students be given the opportunity to evaluate the courses they take, with a few exceptions. Nearly 8,000 unique course section/instructor combinations were evaluated by students last year.

Each year, the University Librarian presents a report of the UBC library system’s activities for the preceding 12 months. The libraries collectively saw 3.2 million visits from students last year, accounting for 72 visits per student. The library system also reports electronic materials representing 79 per cent of acquisition expenditure, up from 55 per cent just nine years ago.

Jakob Gattinger is a fourth-year applied science student, a student member and vice-chair of the UBC Vancouver Senate, as well as the chair of the Senate Agenda Committee.