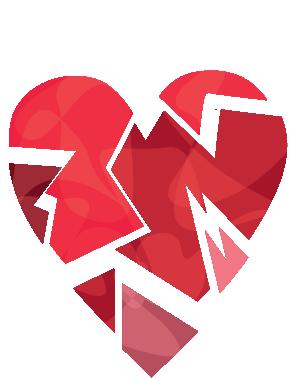 I kind of was seeing this guy last year, but after the break he hasn't been answering my texts and I think he's ignoring me. I'm really confused, but I don't want to seem clingy. What should I do?

To be blunt, he's not into you anymore.

Okay, maybe he broke his phone, computer and forgot his email password, or maybe he knocked his head and is now wondering around Main Mall wondering where he is.

But more likely, contrary to the saying, absence did not make the heart grow fonder. The time over the break when he didn't spend time with you made him realize that he wasn't feeling it.

Which isn't your fault. Clearly you just had different ideas of what you wanted. Think of it this way: this relationship is a shoe that doesn't fit quite right. It's a little too small to fit properly, but it's a nice enough pair and you've been wearing them for a while despite that. Getting out now saves you from really sore feet in the future, even if all you can see now is a pair of shoes you still want to wear.

When I sleep over at my boyfriend's house, he always stays up much later than me watching videos and it's really annoying. I need my sleep and he doesn't use headphones. Is he being rude?"

It's all depends on a number of things.

How early do you go to sleep? As someone who loves their sleep, I understand going to bed early, but if you're trying to catch your zzz's at eight, it's understandable that your boyfriend would stay up. Are you going to bed much later, past midnight? Maybe your boyfriend is being inconsiderate.

And finally, have you talked to him about this? Never ever assume your partner knows something if you haven't told them. If you're sitting there fuming silently then he may actually think you don't mind or even that you are sleeping. Talk to him, explain you can't sleep when he plays his videos and ask if he can cut back on the loud ones or use headphones. Communicate.

And if everything fails and you're at your last straw, stop sleeping over. Yeah it will suck, but sleep is very important, especially when you have an assignment, midterm or paper due. Put your needs before your wants and sleep alone.