AMS Decoded: What to look for in the January 11 Council meeting 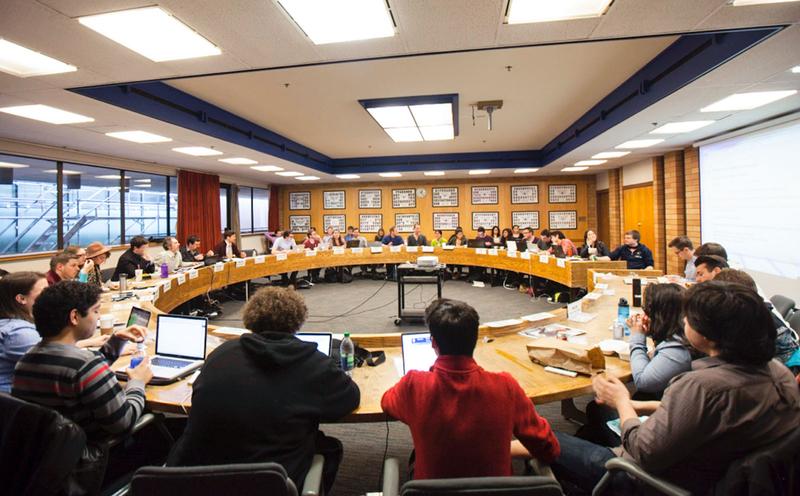 Every few weeks, your elected student government meets on a Wednesday night to talk about issues concerning the AMS. Agenda items can seem long, mysterious and confusing without the proper background, making it difficult to see how these issues affect students. Here’s what to watch out for in the upcoming AMS Council meeting on January 11:

AMS Council will be receiving a number of presentations this meeting, including updates from the VP Administration on the Student Life and Sustainability Centre, as well as OrgSync’s replacement, Campus Vibe. Other presentations are from the Governance Review Implementation Committee and from the managing director on the lease for the Nest. Council will later vote on a motion from the Executive Committee that will amend the lease.

A door closed on staggered appointments

At the end of April 2016, AMS Council adopted, in principle, 16 recommendations as part of its governance review, and appointed a committee to study the feasibility and implementation of these recommendations. The Governance Review Implementation Committee is now bringing forward a motion to declare recommendation 11 unfeasible. This recommendation called for Council members’ terms to be set at two years with staggered elections and a junior/senior councillor system. In the motion, which would officially kill this idea, the implementation committee cites the total failure of this concept at other institutions.

Sort-It-Out displays in the Nest

On the recommendation of the Operations Committee, Council will be voting on the approval of a $3,059 expenditure for the creation of new Sort-It-Out displays in the Nest. The money would be allocated from the Capital Projects Fund, which currently has a balance of $1.6 million.

Ian Sapollnik is a third-year economics student, a member of the UBC Vancouver Senate and a member of AMS Council. The views presented are his own.