Letter: If you want Pi R Squared to be competitive, make the pizza better 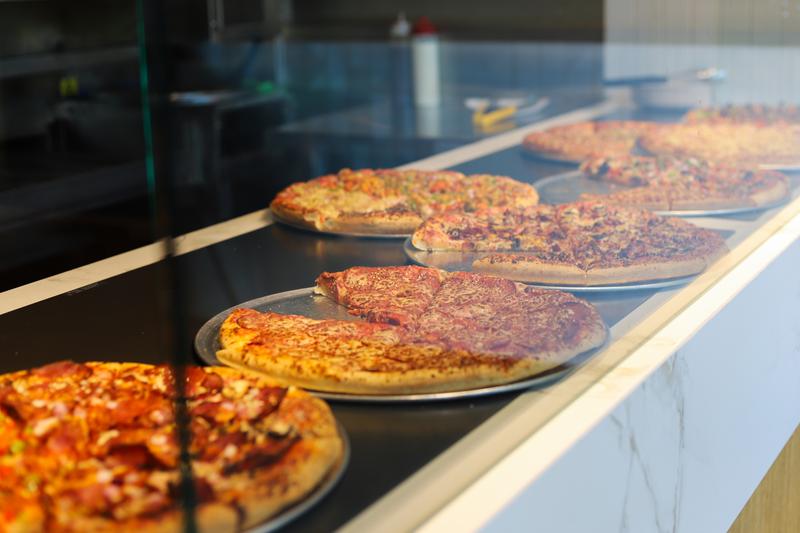 This isn’t to say that Uncle Fatih’s is the best pizza on campus, File Samantha McCabe

If you ask the average student, all Pi R Squared reminds them of is coming home late at night and not having the energy to cook or walk to Pizza Garden. But if you’ve been on campus at all this summer, or have recently returned, you might have noticed a new face. Smiling from under his airbrushed beanie, Uncle Fatih has quietly and quickly usurped Joe Pizza, nestled between Nori and JamJar. If you’ve ever been broke or drunk (or both) in Vancouver, you’re familiar with that welcoming smile, beckoning from the aggressively orange sign. I can’t count the amount of times I’ve walked out of Uncle Fatih’s five dollars lighter, two slices of pizza and a pop in hand.

In a recent AMS Council meeting, several council members suggested that to compete with the new threat of Uncle Fatih’s, they should make a video campaign promoting businesses like Pi R. AMS revenues have also been slipping in the past year, Pi R Squared included. I’d like to suggest an alternative: Make the pizza better.

This isn’t to say that Uncle Fatih’s is the best pizza on campus, not by a long shot. But the better pizza has its drawbacks. Mercante feels like a fancy meal, with its fresh arugula and prosciutto, but suffers in consistency and price. Pizza Garden is better by the slice, but that 7 minute walk to University Village is too far when it’s rainy and you’re piss drunk.

Where Uncle Fatih’s wins is not in gourmet pizza, but in price. Two slices of Uncle Fatih’s and a pop are a dollar cheaper than two slices and a pop at Pi R Squared, the much loathed AMS-run pizza place in the Nest. Most students will shudder at the thought of pierogi pizza and its wilted green onions.

Nobody has fond memories, and no one can describe exactly why Pi R Squared is so bad. Is it the cheese? On slices of pepperoni it’s spread so thin you can barely taste it, while on the plain cheese it’s like eating a rug. Is it the crust? It’s never less than damp, and tastes sour in the worst possible way. Past the standard flavours like pepperoni, Hawaiian and cheese, Pi R has also birthed horror shows like the apple pie pizza and the pierogi pizza.

Buy some pepperoni that isn't so thin it’s translucent. Buy some cheese that doesn't feel like it’s morally opposed to melting. Buy some ranch, because everyone knows that drunk pizza needs ranch. Buy a recipe book so someone can learn how to make a decent calzone. And please, for the love of god, never make a baked potato again.