Letter: In their Shapiro statement, the AMS fails to promote unity 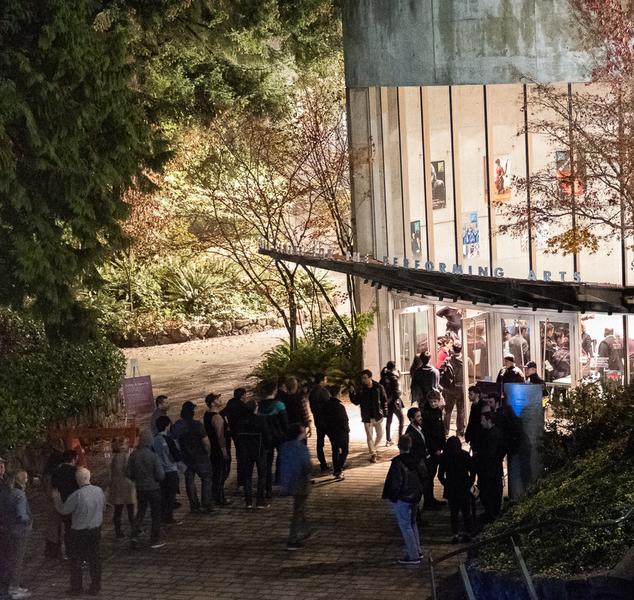 “If the AMS claims to be standing up against hate, they are doing a poor job.“ File Alex Nguyen

On October 30, the AMS released a statement regarding UBC’s spookiest event this Halloween. Of course, this does not refer to a haunted house or Halloween party. This Halloween, UBC campus was haunted by the thoughts and views of the terrifying American pundit Ben Shapiro, and if you read the AMS’s statement regarding the event, you might almost think that I’m being serious.

If the AMS was seeking, as it says in their constitution, “to promote goodwill and unity,” it has failed dearly. Instead of promoting goodwill, they accused us of being deceitful about our intentions. They heavily implied that our ticket prices were designed to make the dialogue at the event exclusive, and that our only goal was to promote the views of Ben Shapiro, ignoring our history of hosting speakers from across the political spectrum. Instead of promoting unity, the AMS used hyperbolic terms in what can only be described as fear-mongering. While they could have reassured everyone that Ben Shapiro would cause no harm, they instead used terms like “intolerance and discrimination,” “threatened and targeted,” and “violence and marginalization.”

If the AMS claims to be standing up against hate, they are doing a poor job.

Last year, there was a wave of antisemitic incidents at UBC. White nationalist propaganda featuring antisemitic tropes was distributed on a campus building, a swastika was drawn and left on a chalkboard, and two AMS-constituted clubs, one of which was an anti-racism resource group, shared an article on their Facebook pages featuring conspiracy theories about Jews doing 9/11, something which both organizations apologized for. This year, a personal friend of mine found antisemitic graffiti one of the bathroom stalls of one of the Buchanan buildings. Apparently, none of these incidents warranted a response. Yet they rush to condemn any other form of perceived discrimination or hate. In my view this does not leave some Jewish students with much confidence in the AMS either, as they were so ready to tarnish the reputation of one of our community’s leading voices for what they perceive to be hateful comments towards other communities while ignoring incidents of hate targeting our community.

Rather than promoting goodwill and unity, the AMS has failed to condemn hate in some instances while hyperbolizing it in others. I want an AMS that respects that students can have unity and goodwill amongst each other despite disagreements. This is a university — debating and discussing in order to seek truth is supposed to be encouraged, not condemned. Intellectual diversity should be responded to with curiosity, not hysteria.

In their statement, the AMS reaffirmed the right of our detractors to counter-protest. They made no such reaffirmation for us. This is no surprise given that the initial response from the AMS to this event taking place was to brainstorm ways to prevent it. Later in the statement, the AMS reminded those who feel targeted by Ben Shapiro that they have access to support services. While the statement vaguely offered services to people who were “inspired” by Shapiro, it made no reference to those who may feel victimized by Shapiro’s opponents. This isn’t unrealistic. According to the Anti-Defamation League, in 2016 Shapiro was the most targeted victim of online hate speech. Tweets sent to him reference him and his family (including his two kids) being thrown in a gas chamber. Our Facebook page saw many antisemitic comments in response to Ben Shapiro’s event, but apparently this was not worthy of condemnation either.

Noah Alter is a third year international economics major and the president of the UBC Free Speech Club.

This is an opinion letter. To read our news coverage of the Ben Shapiro talk on campus, click here. Completed opinion pieces can be submitted to opinion@ubyssey.ca.