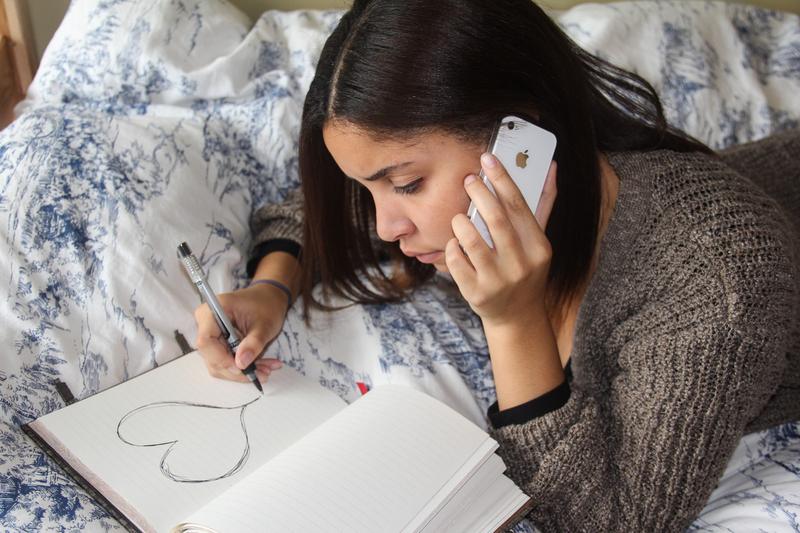 I have been missing this person ever since last seeing him over half a year ago. Unfortunately, we may never even get a chance to meet up again before the end of the year. He used to be a very intimidating person but it seems like there has been a 180-degree change in his personality the last time we talked with each other. I’m not sure if he’s hinting at anything, but it's hard for me to distance myself from such a possibility these days. Worse still, there's no promise of an answer anytime soon. What should I do to get myself thinking and feeling logically again?

You can’t really be logical. That’s the problem with being human and having feelings — you can’t just turn them off when you feel like it. Love isn’t logical, relationships aren’t logical. Being human isn’t logical.

I wonder, though, if this relationship is worth it. You haven’t seen this guy in over six months and you’re still wondering about feelings and hoping for the possibility of a romance. Do you talk to him regularly? I mean really talk to him, not just texting. Do you get something out of the relationship you have now, other than heartache?

Long distance friendships and romances can work, but they definitely take work. Are you sure both of you are committed to that? But even if your friend is down for a friendship, it doesn’t mean he’s looking for a relationship. It’s hard to know what he’s feeling, especially with what you’ve told me. But if he knows your feelings and is purposely dangling the possibility of a relationship over your head, that’s just rude.

As for his personality change, I can’t know if it means anything. It could be him warming up to you as a friend, him growing as a person or he could have feelings for you. You’ll never know until you talk to him. Hopefully that will help you straighten out your own feelings.

If you need an answer to feel better, don’t feel bad asking for one. Is there a reason that there’s “no promise of an answer” any time soon? If not, ask away! In a lot of cases, knowing is better than not knowing. You’re in this spot where you aren’t sure what lines are drawn in the sand.

If you don’t want to question this guy, that’s your choice, but you can’t expect to just be able to force yourself to feel a certain way — especially right away. You can try, but much like trying to be friends after a break up, you generally need a break from that person in order to starting “feeling logical” again.

I need to get out of this relationship. I started seeing this girl and it was going great so we made it “official” or whatever, but it’s not working out at all. I want out, but every time I try to break things off with her she starts crying and I feel horrible. I just don’t know what to do. I feel trapped in this relationship because she can’t handle a breakup. My friends say I should just send her a breakup text, but I would feel like a terrible person. What’s the proper way to do this?”

Put aside her feelings because breakups don’t have to be a group decision. If you want out, tell her. Stick to your guns and don’t let her emotionally blackmail you into staying because, honestly, this back and forth is doing a lot more hurt than good. If you’re worried about how she’ll do emotionally, give one or two of her close friends a heads up that you’re doing it and let them take care of the emotional fall out. Remember, you’re not responsible for how she feels now. Her emotions are her own.

Then try one more time in person. If you can’t do it in person again, call her and let her know you can’t handle the back and forth and you’re sure about this. Tell her you didn’t want to do it like this, but you felt like you had no choice.

If she reacts badly, block her. Block her number, block her Facebook, tell your friends to block her or at least to not pass any messages along from her. Maintaining contact will just make it seem like you might be willing to get back together, especially given that you’ve already done that a few times.

You’ve already done everything you can. You know you don’t want to be in the relationship anymore, so staying in it to keep someone else happy won’t end well for anyone involved.

Need advice? Contact Natalie anonymously at asknatalie@ubyssey.ca and have your questions answered in an upcoming issue.