Ask Pawan: I ghosted someone now I see him everywhere 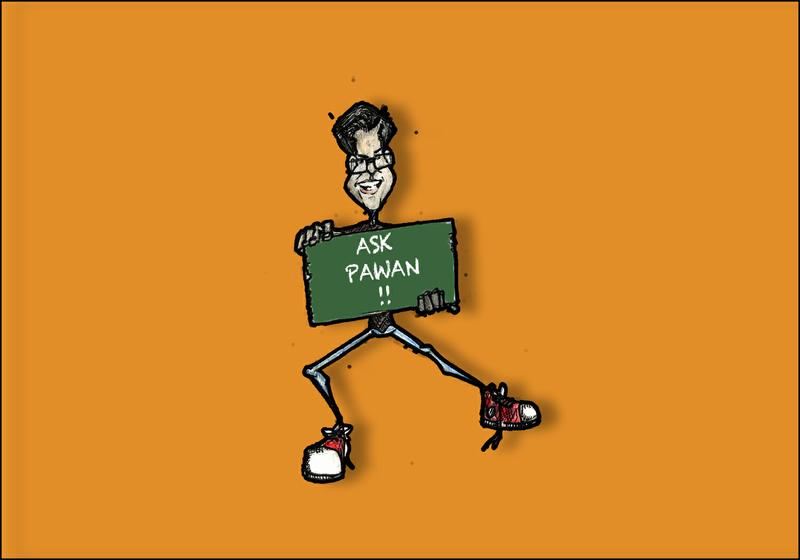 Dear Pawan, I ghosted a guy a few months ago, and now I feel like I see him all the time. We went out a few times, but I realized I wasn't interested and I didn't have the courage to tell him. Any recommendations for how to move past this and all the awkward eye-contact? What can I do to make the situation better? - A very Guilty Ghosty McGhoster

Ghosting and how to deal with it has been something people have been grappling with for centuries, whether your lecture crush stopped tagging you in memes or thine dearest Jean-Elizabeth doth not reply to repeated pigeon-parchments. For the unknowing, “ghosting” is when you hold semi-regular contact with someone, whether you’ve been virtually chatting or been on a few dates and such, and then one person suddenly drops off. No contact can be initiated, no signals are returned, the line is dead. Variations exist; being consistently being left on “read” means that you are dealing with a more corporeal spirit, but a ghost nonetheless. People ghost for all kinds of reasons, validity varying, but if you find the sour taste of ghosting is something you regret, here’s a few tips on resurrecting a spirit.

My primary piece of advice would have been to rip the bandage off quick, where you tell the other party that you’re not interested, face-to-face. It’s clear to see that there are some caveats to that plan, first and foremost is you being safe when facing the reaction of the other person, reactions ranging from normal acceptance and closure to unjustified anger and those weird dudes who punch walls. Needless to say, ghosting the latter is certainly something to consider. For your particular problem, though, reappearing in the other person’s DMs means you run the risk of both implying you’re not interested by ghosting in the first place, then reaffirming you’re not interested by explicitly stating so, months out from last contact. This puts you in a sticky situation.

Thanks in equal part to social media, memes, and articles by The Ubyssey, ghosting is a term firmly planted in the social zeitgeist, where anyone without a Motorola Razr know what it means. This increases the likelihood that your ghosting was picked up and received as a message of disinterest. The fact that you have seen the ghostee and it’s been a few months means that you’re just about clear of them launching any emotional tirades in real life or your Canvas inbox. This means mission accomplished in what you’ve set out to do, though the aftermath is perhaps the hardest part of going ghost.

Whether you see them in class, around your neighbourhood, at No Frills or during underwater hockey, we tend to date within the circles we swim and that also means more contact is inevitable. This seems like the bit that you’ve found the most difficulty in, though from your query I see two options presented to you, neither of which will be particularly easy. The first option is to dive deep into the ghosting and bring it into the real world. This means total ignorance of the other person’s presence and negating all opportunities to catch the other person’s eye. This option is prone to leaving a bad taste in one’s mouth and certainly won’t do wonders for your guilty conscience, so I cannot say I recommend it.

The second, more emotionally sensitive tactic is to willingly approach an awkward conversation. If you see this person frequently enough that it weighs on you, it’s a fair chance that there’s some curiosity in their head, too. This mutual question mark means that striking up an elevator conversation about anything, literally anything, can do wonders for easing a bit of that pressure. You both recognize what’s happened, you both realize that a conversation is going to be awkward, but showing a bit of humility and putting yourself out there by starting a chat means that you’re showing remorse for not being upfront in the first place.

The guilt one feels about ghosting can usually be attributed by the ghoster wondering how much it would suck to be the ghostee, when it comes to unrequited feelings. I’m not saying that you should keep dating someone when you’re not into them, more that ghosting is an unfortunate way for a person to find out that a relationship isn’t working well. In situations where “no” may not be received calmly or rationally, ghosting can certainly be a viable tool, though this is not an area where I will make any generalizations. In the situation you describe, though, it seems more that the relationship lacked much affection and that’s a valid reason to break things off, though also an instance where both parties would’ve benefitted from a bit more closure. This is where you resurrecting this ghost will be your best option, and I’m willing to risk sounding like a broken record in saying that it will be awkward. Guilt on your end, uncertainty on the other, these are things that, even if the relationship itself didn’t mean much, can really set in on someone’s mind and change how you approach dating in general. To counteract this is to face the music with a strong chin, because even if you talk to the ghosted about the weather outside or the last week’s women’s hockey game, it can go a long way to reassuring them that they didn’t do anything terrible and, in turn, can alleviate some guilt on your end. As my grade nine Health class teacher Ms. Dover said: “when in doubt, talk it out." If all else fails though, break out the Ouija board and get down to some real “ghosting," maybe Jean-Elizabeth has some tips?

Uni problems? Unique answers. Send in any questions, comments or queries you have to our anonymous form at ubyssey.ca/advice, or email advice@ubyssey.ca!