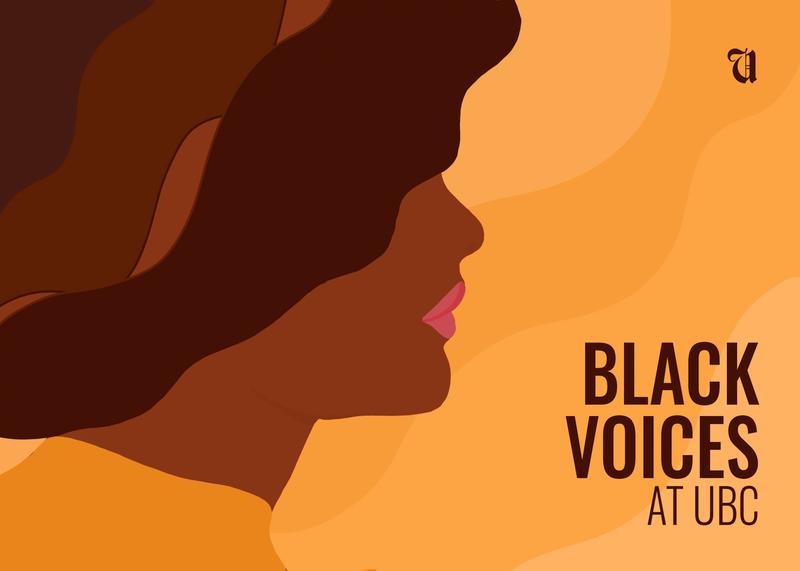 “Relaxing on the job is a federal offence!” Devontee said. They glided on the air to reach the top of a building. The bitter wind hit his face with every stride. “We’re supposed to be patrolling.” Devontee sighed and pinched the bridge of his nose. Being paired with Chidinma meant minuscule assignments.

“We’re supposed to spy on people and help intimidate other countries,” Chidinma said. She threw on her jacket’s hood to protect her hair from excessive snowfall. Her coils were probably white from the snow, just like Devontee’s. “Look, Canada only wants us for our powers. That’s why they let us in the country,” said Chidinma. “The best thing we can do is to live our lives and get by, because abeg, nobody came to this life to suffer.” Devontee poked out his bottom lip to pout.

“Canada is different. This isn’t America.”

“All I’m saying is, Black people go on all these crazy missions in space and other dimensions while White people do the regular stuff,” Chidinma said.

“Correction! Some Black people! Others are stuck with lazy partners and are reduced to patrolling the streets at 1:00am! I should be protecting Prime Minister Trudeau!”

“He did Black face!” Chidinma groaned and rubbed her temple. “And that’s regular. They’ll get a Kawajat to do that while they send you to go stop the war on Earth 55. You should be happy you’re paired with me.”

“That’s it!” Devontee said. He took a bite out of his shawarma. “I’m going to patrol the area.” Chidinma tugged on his shoulder.

“Relax, I’ll scan.” She took a deep breath and closed her eyes. She focused energy on the balls of her feet. “Hmmph!” said Chidinma as she opened her eyes. Energy shot to her pupils and made her eyes shine a sun-like yellow. Chidinma rotated her head as she scanned, then looked at Devontee. She could see his skeleton. “Nothing,” she said. “Told you. Now—” immediately, dust particles in the air started to shake. Chidinma twitched when the shaking became violent.

“What’s wrong?” he said. Chidinma’s relaxed face crumpled into a look of worry, and that frightened him.

“Go to the Shawarma Palace and yank everyone out!” Chidinma said. Devontee’s eyes were consumed by a blue glow as he focused all his energy on the bottom of his feet.

“Hmph!” Devontee said, and he took off like a rocket.

“I’ll never make it on foot!” Chidinma thought. She shot her arms open and collected all the air particles around her.

“Ugh!” The veins around her eyeballs bulged as her eyes were engulfed in yellow. Her muscles strained as she compacted the air mass beneath her to lift her up. “Go!” Chidinma said. She coughed out blood as she was shot to the restaurant.

She knew she shouldn’t use this much energy, but she had no choice. Seconds before colliding with the wall, Chidinma transformed into sparse atoms and passed through. She zipped to the cook, transformed him into atoms, and they zipped out. When Devontee and Chidinma got everyone to a safe location, Chidinma flew back to contain the explosion.

Chidinma screamed as she sucked the air out of the impending blast. The energy that launched out of her body felt like it was being replaced with lead. With the last spark defeated, Chidinma fell to her knees and then to the floor. Through her wheezing, she let out a smile. Boom! Her ear twitched at the sound of glass cackling and dirt rising from the concrete.

Backup arrived on the scene, and a slew of White men poured out of vans with suction guns. They sucked the air out of the fires while stepping over Chidinma. The sleet from their shoes fell on Chidinma’s face as they passed by.

Devontee finally ran over, hoisted her up and put her arm over his shoulder. Chidinma glared at the men who ignored her but couldn't find the words to speak to them. Instead, she looked up at Devontee and saw him staring back at her. He couldn’t find what to say either, so he just wiped the snow off her face.

“Let’s fly to H.Q.,” Chidinma finally said. Devontee nodded and took off. When Chidinma and Devontee arrived at H.Q., they were met with grimaces and gritted teeth. As they passed by, lively conversations were abruptly replaced with violent whispers. Devontee and Chidinma avoided contact with their White counterparts but resisted the urge to look at the ground. The only thing that cut through the tension is a ding from Chidinma’s phone. It was from Chioma, Chidinma’s direct supervisor and mentor. She turned her head to Devontee.

“Can you take me to Chioma’s office?” Chidinma said.

As Devontee opened the door to Chioma’s room, Chidinma avoided eye contact with Chioma for as long as possible. The scowl of a Nigerian woman cuts deep, especially that of an Igbo woman. Chidinma and Chioma were of the same tribe, which meant that Chioma was harder on her than she was on the others.

“Ahem,” Chioma said. Chidinma sighed and finally looked at Chioma. Instead of the usual fiery deep brown eyes, Chioma’s eyes were weighted and colourless. “You’ve both been promoted. You are to leave for Toronto immediately.”

“What!” Devontee said. His eyes almost popped out of his head. “Yes! We won’t let you down.” He let go of Chidinma’s arm to do a cadet salute. Chioma’s eyes crinkled as she gave him a warm smile.

“You’re dismissed, soldier.” Chioma said. She turns to Chidinma. “You, stay.” Devontee slowly turned to Chidinma. He forced a half-smile while setting her down in one of Chioma’s office chairs. Chioma and Chidinma both waited in silence until Devontee left the room.

“Why are we getting promo-”

“Shut up!” Chioma hissed in Igbo. She crumpled up a piece of paper, leaned over her desk and handed it to Chidinma. Chidinma reached to grab it, but both her arms were snatched by Chioma. Her nails dug into Chidinma’s skin enough to make Chidinma wince.

“Don’t trust the White man and the Black man that mindlessly follows him. And whatever you do, don’t come back for me.” Chioma released Chidinma’s arms. Chidinma tried to say something, but nothing came out of her mouth. Instead, she nodded and hobbled to the door.

Chidinma and Devontee headed for the helicopter. All their clothes had already been packed by Chioma’s command.

“Whatever,” Chidinma said. When they were in the air, Chidinma finally opened the piece of paper Chioma gave her. It said: #97567. “Damn riddles!” Chidinma thought. “Why can’t she ever say what she means!” Chidinma focused her energy on her eyes and scanned headquarters to look in Chioma’s office.

“You should be resting,” Devontee said.

“Hush,” Chidinma said. She wanted to see if she could find anything to tell her what the hell was going on. Instead, she saw Chioma making a hole in the floor. “What?” Chidinma thought.

Before she could jump into the sewers, Chioma’s door slammed open and CSIS agents stormed her office. Tears fall down Chidinma’s face as she watches her mentor get thrown on the floor and stomped upon. “Don’t come back for me” rang in Chidinma’s head as they flew away. Chidinma, Chioma and even Devontee know what assaulting White CSIS agents could mean, and Chidinma knew that was why Chioma was just lying there.

She saw Kawajats stepping over her, the snow from their boots hitting her face. The furrowed brows and piercing eyes that struck her and Devontee as they passed by. And now the same oyinbos are attempting to kill the closest woman she had to a mother. “Fight back,” Chidinma muttered in Igbo. Her plea turned into a meditative chant as every vein in her face protruded out.

The tears that once streamed out of her face were replaced by blood. And when she finally opened her eyes, they shone gold. “Come,” Chidinma wheezed. The agents’ energy particles ran up through their bodies, leaving crumpled skin wrapped around brittle bones. When particles reached their faces, they streamed out of every crevice, and the CSIS agents’ eyes shone gold. One by one, they dropped when completely drained.

Chioma trembled while getting up. She looked up, gave Chidinma a smile and mouthed “Thank you,” before jumping into the sewer. Chidinma smiled back as her veins relaxed and the blood stopped flowing from her eyes. She finally confronted the strain on her body by knocking out.

Black Voices at UBC is an open-form column publishing work by Black writers in UBC’s student community. If you’re interested in getting involved, reach out to opinion@ubyssey.ca.