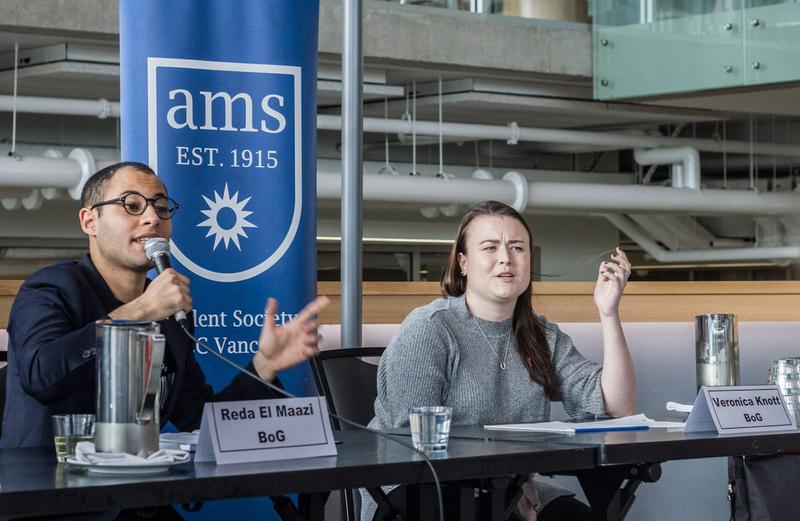 This letter is in response to Mackenzie Lockhart's March 5 letter, “AMS Council is at risk of representing faculties unequally.”

First, I want to say that this is a well-written and considered argument that does bring up many valuable points. I want to thank Mac for taking the time to write it — although I will admit that I wish these concerns on one point were brought up earlier in the governance implementation process and not at the point where we are currently trying to pass multiple important bylaw changes.

Second, I want to address concerns about the move to 3,000 people. I want to start by highlighting that I don't understand the arbitrary nature of this argument. Why is 3,000 not a good cut-off, but 1,500 is? What decides at which point the constituency size required is not an “abhorrent” disservice to students.

In my opinion, the 1,500 students cut-off was a decision surrounding representation when the school was smaller. We are a larger school now and the sizes of student representation should go up for council efficiency. Why do five reps signal a lack of engagement, but nine is good? Where is the arbitrary line for adequate engagement drawn, and by who?

Sure, you can argue change is bad, but there is no reasoning except emotion behind the opinion that having nine reps is okay and five isn't. From my understanding of the governance committee decision, 3,000 students allows Council to be cut down to a governance size more optimal for efficiency — below 30. I prefer that optimization decision to one that favours the status quo for an arbitrary opinion.

Third, as for the “rise of small schools,” I feel this is an over-exaggeration of the true impact of votes. Maybe you could argue that this strengthens executive votes and I would feel stronger about it, but in truth, it is all an arbitrary view of what “power” is and how the votes will break down.

Fourth, the characterization that the bylaw change is about “choosing communities that deserve representation” is a lovely phrase but in my opinion, also a misinterpretation. The goal of this bylaw change is not to ban any programs that want vote representation, but to help constituencies that don't. If anything, this change counters the writer's other concern of the rise of small schools.

UBC is creating more schools and our bylaws require them to be given seats on Council. With this change, they do not have to be on Council if they want to be represented by a bigger constituency. For example, the new school of biomedical engineering will be the size of a normal engineering department and there have been discussions about the value of having them as part of the EUS instead of the AMS.

With this change, a school like that won't be forced to have their own seat — which would create more seats and more small school power — but would be allowed to work within an established constituency like the EUS and receive their benefits. If anything, this bylaw change allows students to choose how they are going to be represented — not forced into a position they may not want with an inability to adequately represent their students without supportive infrastructure.

Fifth, this letter, in my opinion, overdramatizes the results of the bylaw's changes. These changes are bigger and more expansive than this just one topic, and will all have benefits. What do the changes truly mean? Less money on Council food and retreat, less student government people spamming for council spots, a more dedicated and focused Council, and less time wasted and more time serving students.

I want to remind everyone that getting involved in the AMS does not mean serving only on Council — I was never elected to Council, and yet through other roles, I've had a seat on it. In fact, in my opinion, going straight onto Council often breeds a lack of knowledge or understanding of who you are representing if you haven't held positions previously that directly serve students. I really hope Council isn't seen as the first way for students to get involved in the AMS.

The AMS is looking at other ways to engage students and constituencies — whether it be through the President's Council, the Blue and Gold Society or others. Other student societies across the country have their boards — the equivalent of our Council — down to as small as nine students, with constituency representation moved to a separate body. I don't want to go this far, but Council needs to be streamlined and it can't be done without tackling the biggest area of bloat: duplicate constituency seats.

I strongly suggest voting yes to the bylaw recommendations. Lots of time has gone into these reviews — they may not be perfect, but the net benefit will be extremely positive for students.