Op-Ed: As COVID-19 cases rise in young people, we need to look at how we've accelerated the spread 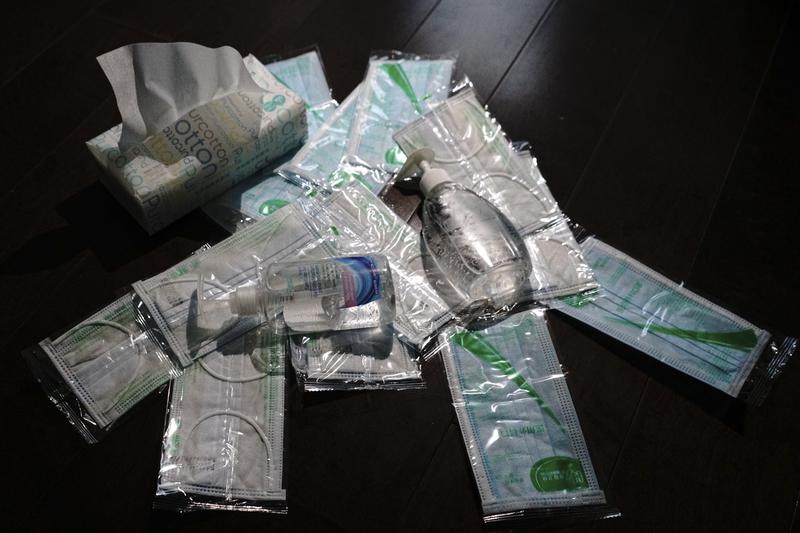 Continue wearing a mask and carrying hand sanitizer with you. And for the love of Henry, if you feel even a little less than 100 per cent, just stay home. Elizabeth Wang

I’ve been on co-op this whole summer, and like any placement at a hip tech company, we’re promised the experience of developing friendships with the other interns at the office. From boozy socials to go-karting, these experiences are in place for interns to further their networks and get a positive feel for the atmosphere of the company.

Interning in a pandemic has made that a little different.

While my recruiters have put in the effort to curate fun, virtual activities, actually meeting each other in-person has been left to us co-ops. And so the questions are posed:

“Do you want to meet up for drinks?”

“Is anyone down for a bar night?”

Despite indoor bars being one of the highest risk zones for transmission of COVID-19, despite case numbers breaking world records day after day and despite daily advisories from Provincial Health Officer Dr. Bonnie Henry against socializing in large numbers indoors, many people in their 20s don’t seem to feel the urgency you’d expect while living in a global pandemic.

In the beginning, BC was praised for its COVID-19 response. The actions we took had us sitting pretty as the jurisdiction with the second fewest deaths per million residents out of Canada, the United States and Western Europe, just behind the Czech Republic.

But in the heat of summer, we’ve squandered that head start, hitting the highest number of active cases since the start of the pandemic and surpassing Ontario in active cases per capita.

What’s stuck out most to me is that the vast majority of these new cases are coming from people my age. Of the 1,666 cases recorded in July and up to August 16, approximately one-third are found in people in their 20s.

There are a handful of reasons why it could be that this age group is overwhelmingly accounting for new cases. Isolation fatigue, where people’s tiredness surrounding the pandemic mixed with reports that cases in BC have flattened, can lead folks to feel more comfortable partying in close quarters or going out for brunch every Saturday. Or perhaps the idea that our age group would be in a better place if we got the virus than say, someone in their 70s. Maybe British Columbians have become mistakenly reassured that we’ve done the entirety of our individual parts to combat COVID-19, and now we’re home free.

Of course, as Henry has previously noted, young people are also often the ones working at the types of businesses that have reopened in phases two and three, including restaurants and retail stores. All of this is just to say, the pandemic is far from over.

It’s important to recognize that the work we all have to do to slow the spread of the virus is not a one-and-done deal — it’s a continual process that we should all prepare ourselves to adhere to for the foreseeable future.

We’ve heard it so many times before, but it’s worth stating again. Even if you’re asymptomatic or experience very mild symptoms of COVID-19, by continuing on with life as normal you could absolutely be infecting those more likely to experience severe illness who aren’t as fortunate as you.

It’s important not to underestimate the impact the virus can have on your body even if you do recover. While research describing the full extent of the damage this disease has on the human body is only just emerging, early case studies describe serious and potentially fatal neurological illnesses triggered by the virus, potential long-term damage to the lungs of varying severity and impairments to the nervous system.

Furthermore, holding on to the idea of a vaccine as the holy grail isn’t sustainable. The most optimistic of cases posit the vaccine becoming available in January, but even in that case, it would take time to become available to all Canadians. Personal daily hygienic and preventative measures would have to continue in the long term.

All of this is not to fear-monger but rather to act as a call to look at ourselves, and at our actions, from a much more realistic lens than we’ve been doing for the past two months.

With September just around the corner, the fall session will once again be in full swing and the weather will gradually get colder. It’s understandable to want to socialize with our friends, and many of us will want to move our parties and other social gatherings indoors.

Yet the guidelines put in place for phase 3, which include allowing people to go to bars in restricted capacities and holding events with a maximum of 50 people, were made under the premise that British Columbians would not increase their contacts to any more than 60 per cent of pre-pandemic levels. An increase in contact to 80 per cent of pre-pandemic levels would result in a rapid increase in cases capable of overwhelming the health care system.

Unfortunately, we’ve blown those wishes out of the water. So what should we do about it?

The increases BC has seen in recent months are largely attributed to indoor gatherings. Socializing outside is one of the safest ways to socialize during the pandemic, so hustle up some park beers and pack an extra sweater.

If you’re thinking of hosting a party, put someone in charge of writing down the contact information of everyone who attends so it’s easier to contact trace if there’s an outbreak. If you’re thinking of going to a party, think about how the other attendees have been acting during the pandemic, and if you trust them with your health and safety. As Health Minister Adrian Dix has said, “there has never been a time when saying no to a party is easier.”

Continue wearing a mask and carrying hand sanitizer with you. And for the love of Henry, if you feel even a little less than 100 per cent, just stay home.

COVID-19 is going to be in our communities for a lot longer than we may have initially mentally prepared for. Finding ways to thrive and find joy and ease while following guidelines for the health of everyone in this province is imperative. It’s both responsible and an act of community care to have a good, honest look at ourselves and our role in the pandemic.

Myla White is the science editor for The Ubyssey.