Letter: It's time to defund the Vancouver Police Department 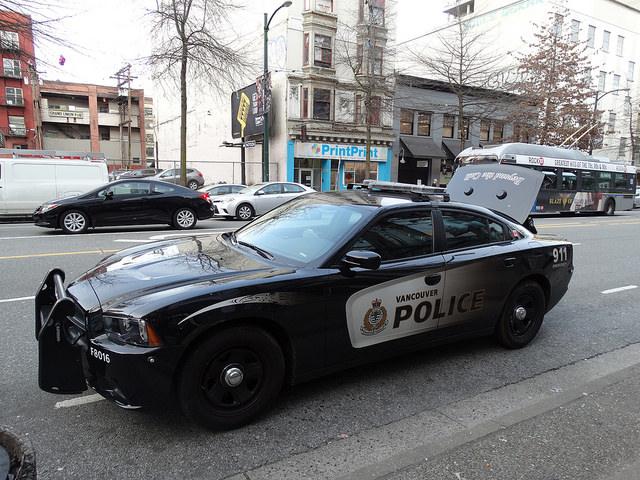 "Contrary to common understandings of Canada, police violence and anti-Blackness are not exclusive to the United States." Flickr

As an organization led by non-Black students, we strive to honour the weight of the murders of Black and Indigenous folks caused by white supremacist policing, and the labour of organizers fighting for liberation. We strive to take leadership from Black and Indigenous folks, and learn from the generations of abolitionist traditions that have brought us to this moment — a moment where calls for defunding and abolishing police are gaining traction, being echoed across the continent, and seeing huge wins, like the planned disbanding of the Minneapolis Police Department.

One way we at the UBC Social Justice Centre take leadership from Black and Indigenous folks is to stand in solidarity with Black Lives Matter Vancouver, and echo their demands to defund the Vancouver Police Department. Since a majority of UBC students live off-campus, many of whom live in Vancouver, as a school community, we need to be unequivocal in demanding that all of our politicians take a stance against anti-Blackness and police violence by publicly supporting defunding the Vancouver Police Department in the 2021 City of Vancouver budget.

Police as a violent and racist institution

Policing arose for the violent surveillance of Black and Indigenous people, and other oppressed people: police started as slave patrols and for the suppression of labour strikes. In Canada, the RCMP was formed specifically for violent dispossession and displacement of Indigenous people, and to protect settler economic interests. White supremacy is inherent in policing.

Further, unlike popular imaginaries of police work, the majority of police work — up to 80 per cent — does not address criminal issues, and instead tries (and fails) to address problems associated with mental health and poverty. For instance, in the Downtown Eastside, police often confiscate money and possessions through “shakedowns.” According Pivot Legal Society’s Project Inclusion report (p. 46-52), these policing practices exacerbate the opioid crisis: policing results in less safe use of substances and drives people into isolated locations away from life-saving harm reduction facilities. The Vancouver Police Department has also been involved in the forced displacement of homeless people from tent cities, most recently having enforced the removal of residents of the Namegans 2.0/CRAB Park Tent City.

Police are also sometimes responders to mental health crises and are called to perform wellness checks, despite the fact that police presence can result in traumatization, and that police are not adequately trained in de-escalation. These wellness checks have resulted in at least four deaths in Canada since April: Regis Korchinski-Paquet, Chantel Moore, D’Andre Campbell and Ejaz Ahmed Choudry have all died during law enforcement wellness checks. And last month, an RCMP-conducted wellness check on a UBCO student resulted in police brutality.

Behind each of these statistics and facts are stories of state-sanctioned harm and violence. These stories demonstrate that police utterly disregard people’s lives and well-being, especially for Black and Indigenous people, and do not protect people or ‘solve crimes.’ That is, police are a fundamentally violent institution that exacerbate social problems and perpetuate harm.

We must defund the Vancouver Police Department, not reform it

The only way to minimize the harm that police perpetrate is by defunding police, because policing isn’t broken, it’s working exactly how it is supposed to.

Violence is intrinsic to policing and can’t be fixed through reforms like body cameras and bias training. Reforms haven’t been effective at preventing police violence, increase funding to police and perpetuate police power and militarization. Ultimately, reforms entrench police legitimacy and erase that systemic white supremacy is enmeshed in policing.

Defunding the VPD gives police fewer opportunities for violence, and allows us to fund housing, healthcare, education and public utilities instead — things people actually benefit from. The VPD swallows up $339 million, 21 per cent of Vancouver’s operating budget; we spend more on the VPD than we do on parks, recreation, arts, culture, community services and libraries — combined. In a city with over 2,200 homeless people, arming police to the teeth — with an array of firearms, including a military-grade sniper rifle — is reprehensible.

In calling for the VPD to be defunded, we have to target the Police Board and City Council. The Police Board, chaired by Mayor Kennedy Stewart, has already refused to abide by City Council’s motion to cut the VPD budget by one per cent in response to the city’s COVID-19 related shortages in tax revenue. And rather than being a leader, Mayor Stewart has tried to offload responsibility to the province by asking for a review of policing. Mayor Stewart’s response is fundamentally inadequate, erases the systemic violence of policing, and ignores the thousands of voices demanding systemic change.

We need to follow Black and Indigenous people who have been fighting police violence for generations, and learn from Black scholars and organizers who have been demanding abolition for centuries. By defunding, disarming and disbanding the VPD, we can begin to dismantle white supremacy, give ourselves opportunities to reimagine how we address harm and create space to build systems grounded in community safety and liberation.

If you want to support the calls to defund the VPD, express your support for Councillor Swanson’s Motion B3: Decriminalizing Poverty and Supporting Community-led Safety Initiatives, which sets the wheels in motion for de-prioritizing and defunding police work. You can write to Vancouver City Council using this template before Wednesday, July 22, and sign up to speak to Council here by 8:30 a.m. on Tuesday, July 21.

The Social Justice Centre is a resource group that works toward progressive social change, inclusivity and equity through a survivor-centric, harm reduction, radical, feminist, decolonial, anti-oppression framework. They operate through horizontal structures and consensus-based decision-making to engage students in and provide tools for activism, and to promote discussions of social justice issues. This piece was primarily written by members Ishmam Bhuiyan and Gabby Doebeli, with input from other members of the UBC Social Justice Centre.