Editorial: Santa Ono’s apology was too little — and much too late

Written by Ubyssey Editorial Board
April 11, 2018 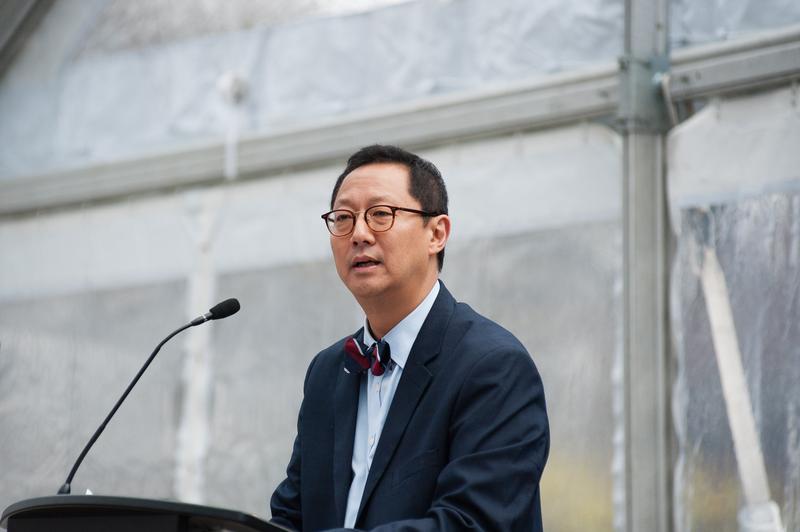 The UBC administration has stated that they will continue working on the Indigenous strategic plan. File Patrick Gillin

When The Ubyssey broke the news last August that Ono planned to issue an apology to survivors of the IRSS on behalf of UBC in September 2017, we had high hopes that this would be a step towards acknowledging “UBC’s responsibilities and strengthened commitment to collaborative relations with Indigenous people in BC and Canada,” as the documents detailing the planned apology’s plan promised.

However, after an unspecified “scheduling conflict” caused the apology to be pushed to an undisclosed date the day before it was set to be given, the apology Ono delivered today — nearly eight months later — is not enough.

Lacking any acknowledgement of the delay at all during the event, the apology focused on UBC’s failure “to confront a heinous history” and called on members of UBC to “accept the responsibilities of knowledge and our predecessors’ failure to stop the Residential School system.”

It wasn’t until he was asked during the post-apology Facebook Live discussion that Ono said the delay was due to UBC wanting to tie the apology to a day that would have the most significance.

The Ubyssey’s inquiries about a new date throughout this academic year brought promises of keeping us in the loop but never any specific reasons as to why it had been cancelled at the last moment. The UBC administration also substituted a Facebook Live conversation about mental health for the slot of time that was supposed to go toward a discussion about the September apology, seemingly using one important topic to distract from another.

We agree with Ono that “it is [UBC’s] duty to act,” but if the apology was meant to be “an opportunity to celebrate the ongoing relationship between Indigenous and non-Indigenous peoples,” the secrecy with which the rescheduling was handled by UBC does not indicate much of a relationship to celebrate in the first place.

Especially in light of Ono’s reinstatement of John Furlong, who has been accused of abuses against Indigenous children in the IRSS, last year as the ZLC Millenium Scholarship breakfast keynote speaker — despite a protest from students and the resignation of the sole Indigenous professor from the Policy 131 steering committee — his track record on Indigenous reconciliation is by no means spotless. It was later revealed that Ono caved to backlash from donors when he chose to reinstate Furlong.

In the Facebook Live discussion following the apology, the UBC administration has stated that they will continue working on the Indigenous strategic plan and putting in place a public evaluative process for its implementation. The university can do better than making survivors of the IRSS and their families wait through eight additional months of silence for an apology that was already long overdue, so we’ll be watching closely as it implements the Indigenous strategic plan and other initiatives moving forward.