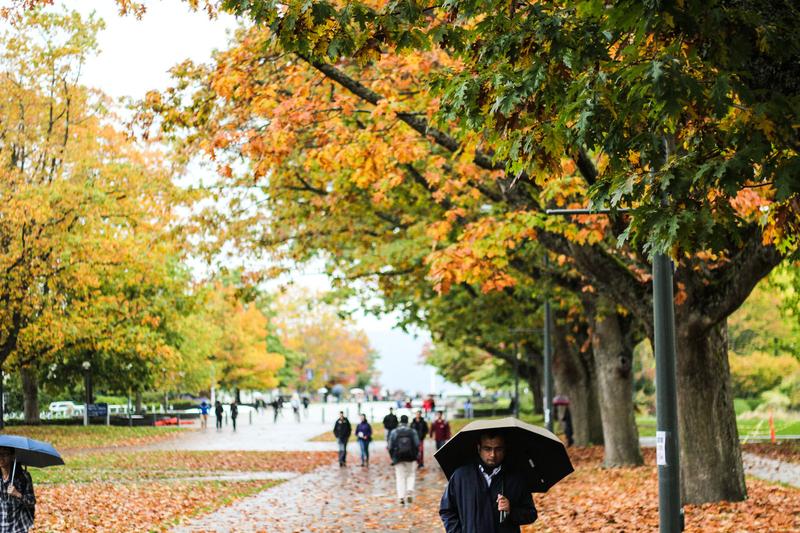 The psychological and physical stress inherent to this time of year has become a unanimous fact of university life — a part of the fall semester's cycle that is dreaded by all and always inevitable. It seems like every year at this time, the administration starts asking questions about why mental health is such an issue on campus, to which the students resoundingly respond with a plea for a reading week. Then time passes, the semester ends and nothing changes. The next year, we end up doing it all over again.

So why does nothing change? What can be done to make real improvements? In a recent article, The Ubyssey reported that largely due to complicated logistics, the odds of getting a fall reading week any time soon was unlikely. The excuses given include problems with scheduling and logistics which do not remotely justify such an absence of progress. The fact that we are now facing another year with the exact same problem as 2015, and all of the years before, is a disgraceful display that demonstrates a fundamental flaw in how the administration views the problem of student mental well-being.

Thus far, the bulk of UBC's mental health initiatives have amounted to little more than superficial band-aids on a larger problem. Stress-balls being handed out on Main Mall, posters with suicide hotlines and promises for increased funding for counselling services are — at this point — too little, too late. Students who will be graduating this year, and those from all subsequent years, will have experienced a degree largely devoid of any meaningful mental health resources with an understaffed psychiatry wing of Student Health Services and limited counselling services at best.

Every year, more students fall through the cracks or find that they are not able to meet their academic requirements. This isn't the generational failing of millennials asking for more time off to procrastinate on homework. It's a serious mental health problem — one of which the effects are plain to see.

In 2012, Queen’s University published a survey focusing on student mental health. Their research showed that 92 per cent of university counselling centre directors across Canada had reported an increase in the number of students presenting “severe psychological issues.” In addition, 89 per cent reported that the severity of the psychological issues that students were suffering had increased, with 97 per cent reporting an increase in the amount of patients taking medication.

They concluded, “Across the post-secondary education sector, most institutions, including Queen’s, are reporting an increase in the number of students with mental health concerns.”

Soon after the report’s release, the Toronto Star published an article which observed an overwhelming openness by Ontario universities to initiate meaningful change in order to help address the issue of mental health. At the time of its publication, 11 of the 20 publicly funded universities had allocated time for some kind of break in either October or November.

That was over four years ago and there has yet to be the same kind of initiative from UBC as what has been demonstrated by its Ontario counterparts. In the span of an undergraduate degree, UBC has been left in the dust and still shows no sign of improving any time soon.

It comes down to the fact that the administration is throwing money and promises at a problem that is caused by them and which they have the power to fix. There is no mystery to it. We all know what the problem is. We all know how to fix it or at least try to. If the administration really wants to prove that they are committed to genuinely dealing with this problem in a meaningful way, they need to get off their asses and just do it — and soon. For some students, this is a problem that does not have the leisure of time to fix.

This is urgent and with every semester that passes, more and more students are driven to stressful, dangerous places that they should never have to go. They deserve better than that. We all deserve better than that. For a university that likes to tout its progressiveness and enlightenment, it should be a point of shame that when it comes to the care and well-being of the students on which its reputation is built, they are are woefully behind everyone else.

UBC, stop dithering. Fall reading week is a necessity that is owed to us, not a luxury that you can organize at your leisure.