Their Campus: Finding friends in Glasgow 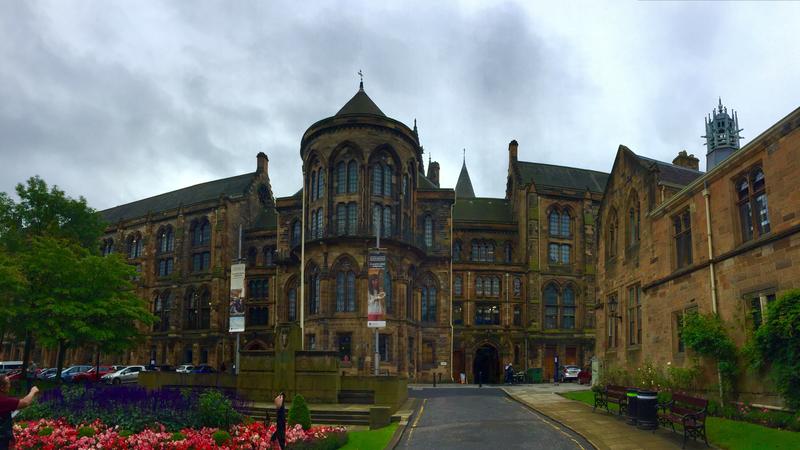 “I accepted the fact that I may be spending a lot of alone time during my stay in Scotland.” Jusneel Mahal

Before arriving at the University of Glasgow for my semester abroad I talked to many former exchange students — I was curious if they befriended locals, traveled or made lifelong friends while living in a foreign city.

Most students I talked to were going on exchange with friends, or found students from UBC who were also attending the same school. But some told me that they never socialized with locals or saw their flatmates, and the only friends they had for the semester were Netflix and a cheap bottle of wine.

I had no friends from UBC studying abroad at Glasgow and I didn’t meet one person at the orientation who was even going to the same university as me. I accepted the fact that I may be spending a lot of alone time during my stay in Scotland. But that was fine, because I’d travel and roam around the UK by myself. It was time for me to become more independent, plus friends can be so overrated at times — who needs to be around people when you can be alone in your room in Scotland chowing down on some haggis?

Finally, September 3 rolled around and I arrived to my flat in Glasgow. There I was, alone in my room unpacking my suitcase, ready to start my independent adventures in Scotland when I suddenly heard a knock on my door: the next thing I know I'm at dinner with 15 other exchange students planning our weekend trips.

Who knew that only a few weeks later I’d be traveling to Dublin and all over Scotland with friends from different parts of the world? I was astonished at how friendly everyone was — it felt like we were all in first year again, we were all on our best behaviour because we just wanted people to hang out with.

Our accommodation building was filled with freshman and locals who were fascinated by the exchange students — many students hadn’t met a non-British student before.

Meeting people of different nationalities and hearing about their home countries and their perceptions of Canadians is so fascinating to me. Everyone assumes I am American at first, but when they hear that I am Canadian their eyes light up.

“Oh no way, that’s amazing, I always wanted to go to Canada! You know we just got Tim Horton’s in Glasgow… it’s the greatest,” is what 98 per cent of local Scottish people say to me — or something along those lines.

Studying abroad can be a strange experience — you quickly build a tight bond with the people you just met in September, you see them every day and are stuck in a foreign city with them for four months. Your past is irrelevant. Nobody knew that you existed before they met you and in a way, you can be anybody you want be.

But once the semester is over, everyone moves back to their home countries and their local friends and family to continue on living their normal lives. We all know there may be a strong chance that we will never see one another again, but that’s what makes this experience so special — for a short time a group of strangers from different parts of the world experienced epic adventures and created memories that will last a lifetime.