Letter: The fight against student fee increases is far from over 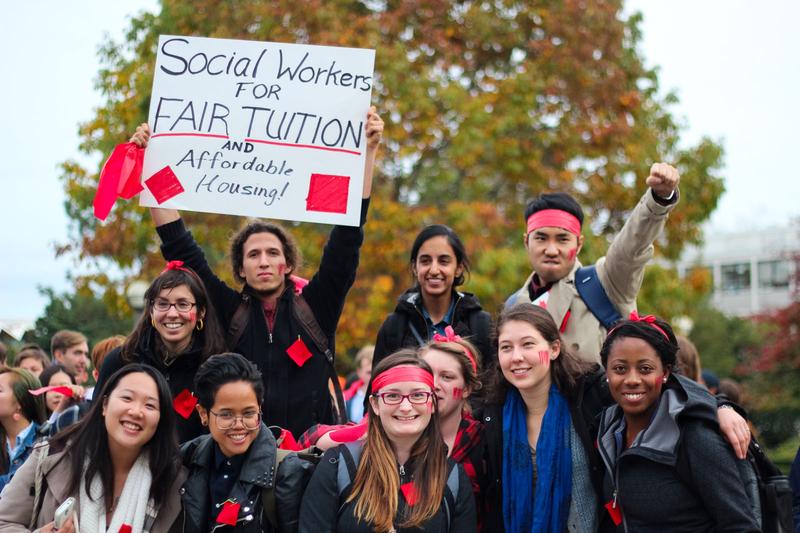 Despite the fact that we have time and time again voiced our vehement opposition to increased tuition -- recall the AGM achieving quorum for the first time to oppose the proposed increase and the 2014 referendum that voted 91 per cent in favour of reducing tuition -- the Board of Governors (BoG) passed the motion to increase international tuition by 10 per cent for incoming students next year.

Even though we didn’t stop the proposal, in the past few months we have collectively achieved something amazing. We cannot forget that together we held some of the largest political rallies at UBC in the past decade; we met quorum at the AMS AGM for the first time in 40 years; we created a student space for resistance and mobilized, mobilized, mobilized. “We made history”, said the Ubyssey. This is no small feat, and we are proud of this. And ‘this’? It sure as hell would never have happened without you.

But you’ve seen the hashtag. You know. #IAMUBC. #WeAreUBC. We, the students, are this university and UBC is nothing without us. Everyday they tell us tuum est, it is yours. So why did an unelected, unrepresentative body make this decision for us? How can all of the students at the BoG meeting have opposed this proposal, and still they passed it? How can UBC claim they care about students and the “student voice” when the student voice was blatantly ignored and voted against?

In less than a month from now, the BoG will vote on an unwarranted, illogical and oppressive 20 per cent increase to eight-month housing contracts.

We are this university.

We know it is not easy to show up.

But it is all we have.

I Am A Student is a UBC movement that opposes student fee increases.