Last Words: If the AMS doesn't care about the AGM, why should students? 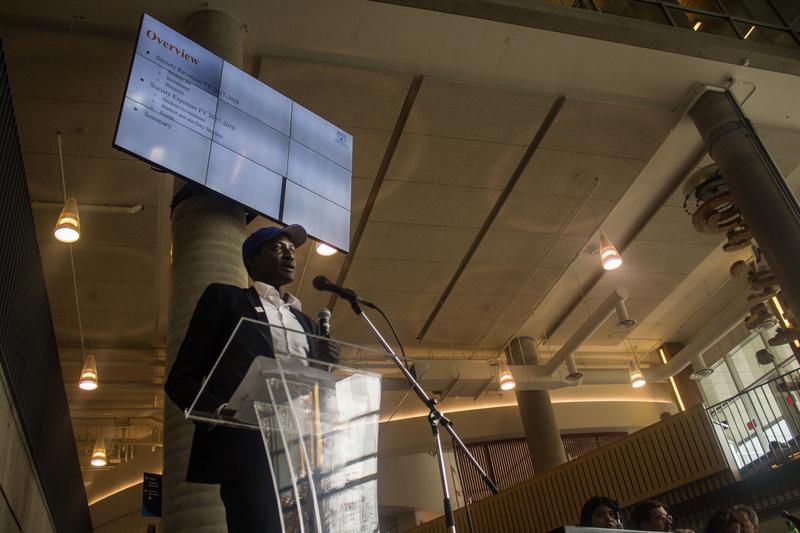 The last AMS Council meeting was, in a word, weird.

Infuriated by low turnout at the society’s annual general meeting (AGM), Law Councillor Dylan Braam took the executive to task for failing to publicize the event.

The executive responded largely by pinning the blame on The Ubyssey, complaining that the paper had not run an article in advance.

AMS AGMs, which have a quorum of one per cent of all UBC Vancouver students, don’t traditionally draw a crowd.

But this time was especially bad.

The meeting happened in the middle of the lower atrium of the Nest, fighting for volume with club booths blasting music and hundreds of students who just wanted to grab a bite to eat.

There were nowhere near enough seats laid out for for quorum. There was no explanation to confused onlookers that this was, in theory, the single most important public meeting the AMS holds all year, and that huge motions could be passed if enough students mobilized to attend. No attendance was taken.

Instead, after waiting the required 30 minutes before they can begin without quorum, the AMS then rushed through a huge series of reports while students helped themselves to the free food.

Announcements made included the society’s $900,000 budget surplus; a possible success in the long fight for a fall reading break; AMS VP External Cristina Ilnitchi’s work on advocating for a subway expansion to UBC; and at least $50,000 in donations from President Santa Ono’s office for the AMS Food Bank over the next five years.

You’d figure it’s the kind of thing the society would want to promote. Under the society’s bylaws, they have to publish the agenda of the AGM in The Ubyssey at least two weeks before the meeting takes place.

Mind you, that was written back when The Ubyssey was owned by the society. But we still would have been happy to do it.

But the only thing we heard from the AMS was a one-line email notifying us the event was happening. We reached out on the Friday before the meeting asking for a statement so we could write a quick PSA. At Council, President Marium Hamid said that was too short notice.

Q: Strategies for advertising the AGM?
A: We put it on social media. We didn't have a newsletter that week. We sent an email to The Ubyssey — their team did reach out to us for comment, but we weren't able to provide a comment within that time.

They could have written a letter, as they have done in the past. They could have taken out an ad in the paper — they get a full-page one every month as part of our lease agreement to be in the Nest.

Instead, they spent the better part of an hour arguing over whether Councillors had done enough to promote the event on their personal Facebooks.

We care quite a bit about decreasing student apathy towards student politics. We know it takes Herculean effort just to get people to spend two minutes to vote in the annual AMS elections, let alone sacrifice an hour to attend an AGM.

But if the AMS doesn’t care about the AGM, what student will?