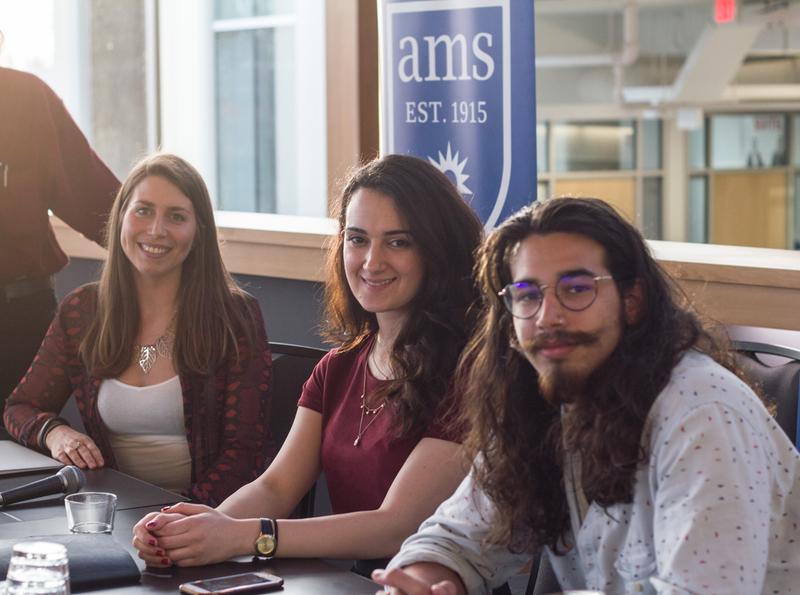 When I left The Ubyssey to work for the AMS last fall, I was also curious to see how the student leaders whom I had covered for years as a journalist acted behind closed doors.

Student leaders are just as likely to run the crude spectrum from cynical to incompetent as any politician — unfortunate given that they oversee tens of millions of dollars in our student fees.

But during my time on the job, one AMS executive stood out.

While we occasionally butted heads over policy, Jenna Omassi was a force of nature. I never failed to be impressed by her intelligence and mastery of both the substance of the issues and how to turn that knowledge into action.

The ability to turn total comprehension of the facts into results is the key skill our next AMS president will need. Unfortunately, our university bureaucracy is so insular and arbitrary that one false move can lead even brilliant ideas from bright-eyed students to be dragged down.

Fortunately, Omassi knows how to avoid those false moves. She ran her portfolio as VP Academic with frightening efficiency, understanding where to pinpoint her energy and productively put her team to work.

In the fight against tuition, Omassi recognized the political realities that I missed and identified a narrow window where students had leverage with the Board of Governors.

The board was forced to reckon with Omassi’s presentation on the university’s phony math and their particularly absurd requests, leading to the first instance of UBC students turning back tuition increases when the board reduced or eliminated some of the increases.

Omassi got far less credit than she deserved. But the late nights she spent in the AMS offices, the weekend phone calls to talk strategy and the painstaking dedication to compiling a killer presentation was done because she cared about the result.

You’ll find this concern in her platform, which talks about collaborating with UBC Rec and the VP Students’ office, the AMS governance review, supporting student staff members and creating a strategic advocacy plan for students.

It is the kind of platform you’d expect from someone who has been buried up to her neck in student politics for years, serving as Arts Undergraduate Society president before assuming her current role.

In contrast, Ava Nasiri’s platform speaks of lofty goals, but offers highly questionable solutions. Nasiri identifies AMS finances as “in serious need of reform,” but then suggests “consulting Sauder … students and professors” and opening a microbrewery in the Nest as ways to “help the budget thrive and survive.”

Nasiri advocates “turning up the volume on the student voice,” vaguely asserting that “when we have the ability to create movements, the university cannot say no.”

She wants to expand Block Party, yet does not address the university’s near-cancellation of this year’s Block Party, despite months of lobbying by current AMS President Aaron Bailey.

She has also explained how her prior experience — from getting the cost of textbooks at the UBC Bookstore slashed, to writing the AMS policy on sexual assault — will lead into an Omassi presidency.

Omassi has not been a flawless leader. While she takes student consultation seriously, once her position becomes set, Omassi becomes very hard to sway. While her position is usually the right one, inevitably there are cases when she tunes out dissenting voices offering compelling ideas of their own.

Personally, I love Omassi’s self-assuredness. But an AMS president — a role far more ceremonial than it should be — sometimes needs to play peacemaker and prioritize community over efficiency.

I would also like to see Omassi do more to increase the student society’s transparency. While I can attest that it was easier to do some of my AMS work behind closed doors, our elected leaders should be held to higher standards.

But the wonderful thing about electing our fellow students as leaders is that we are all still evolving, something I have no doubt Omassi will continue to do if elected.

Moreover, my concerns about Omassi pale in comparison to the issues with Nasiri’s record.

Nasiri touts her role overseeing the construction of the Student Nest. But the building came in well over-budget and Nasiri repeatedly pushed back the opening date. While delays are common in big projects, Nasiri admitted to The Ubyssey that she announced opening dates she knew were unlikely to be met.

That is not convincing leadership.

Meanwhile Chris Scott, a candidate for Nasiri’s current position who worked under her as vice-chair of the Student Administrative Commission, recently penned a damning condemnation of her leadership.

“I am running to fix a system,” he wrote in The Talon. “Over my term as SAC vice-chair, I’ve spent countless hours attempting to patch over the inefficiencies ... and the general administration of the VP Admin portfolio.”

Shouldn’t Nasiri have been doing that during the two years she ran the portfolio?

I loved getting to know Nasiri during my time at the AMS and she has always exhibited overwhelming love and care for the university and students. Omassi, on the other hand, initially scared the hell out of me. I was intimidated by the rigour with which she went about her work.

But this is by no means a popularity contest. In addition to overseeing the largest student society in Canada, the next AMS president will deal with a UBC board in utter turmoil and the selection of new university president. In this context, Omassi’s fierce leadership and proven track record is the only safe bet.

Arno Rosenfeld is a former AMS employee and former Features editor at The Ubyssey. 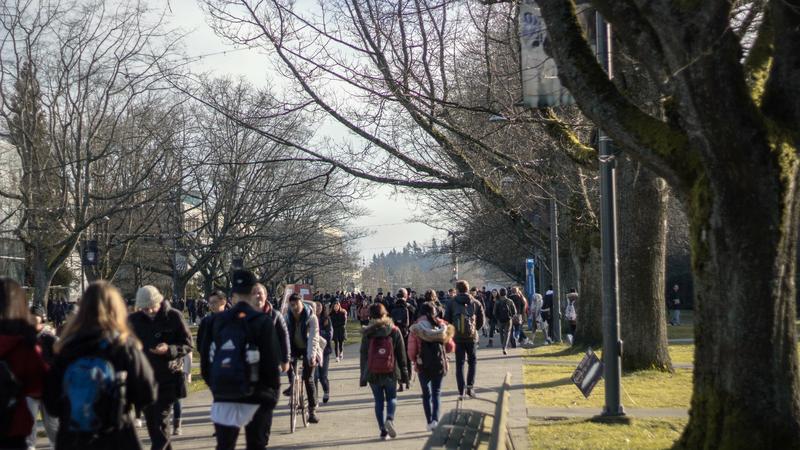