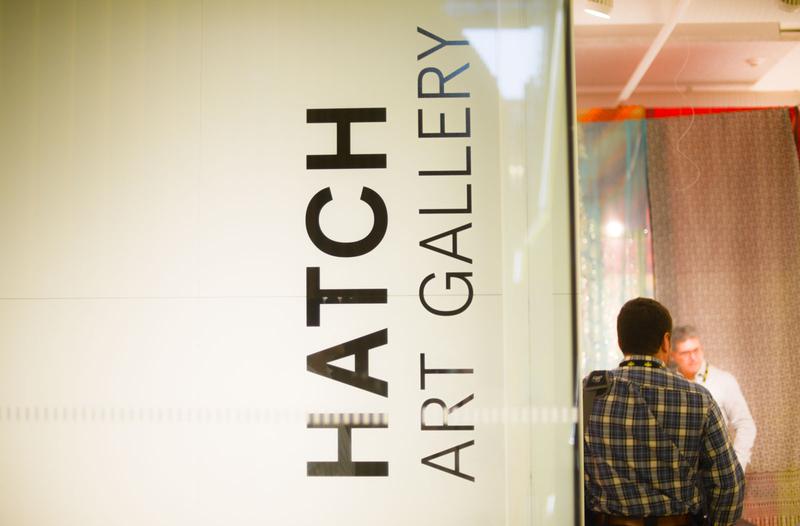 If you didn’t know that UBC has the AMS Hatch Gallery as well as a permanent art collection, that’s okay.

If you didn’t read the February 27 “AMS Elections, Referenda and Services Hiring” email, that’s okay too. Neither did I. So when a friend texted me a screenshot of the bright orange and purple “Vote Yes” subsection, inviting my opinion, I was understandably confused.

Two simple sentences left me riled, yet with a sinking feeling — “The AMS has a $4.5M art collection that’s currently collection dust. Authorizing the sale of a few pieces could fund some seriously bougie new programs.” Collecting dust — really not sugar-coating the way the AMS thinks about their art collection, which has been growing for over half a century.

However, they open with what the collection’s worth (allegedly $4.5 million) — inconceivable to your average, poor student — and end with the sweet promise of “bougie new programs,” which sounds great, doesn’t it? Notwithstanding that the Hatch Gallery has little to no funds and is no consequence to the AMS except for when they want something.

The collection itself is in disrepair. In January 2016, the whole of the collection — 72 works — was intended to be shown on campus, although a number of pieces were not on display due to damages. The Hatch Gallery did not have adequate funding at the time to fix the pieces. Certainly, if they’re selling art, shouldn’t some of the proceeds go towards conserving the collection?

Since hitting send on their February 27 email, the AMS has launched an additional poster-based campaign with the same orange and purple “Vote Yes.” The pitch is notably different: “To sell art from the AMS art collection so that the proceeds can go back into benefiting the AMS.” The fitness facility and bylaw changes have received the similar pitch edits — likely not the result of any change of heart.

Pursuing the referenda questions' link with the promise of detailed information, I was sorely disappointed and further confused. The AMS referendums webpage was no more assuring than their two-sentence blurb. The linked page from the email was a train wreck. At once, they claimed the collection is worth $4 million and $4.5 million, and that we’re voting to sell three pieces although their solution is to sell four.

And if you’re interested in learning what kind of programming this income will go towards? “The Hatch Gallery will be able to support–” (stop). Like they couldn’t think of anything and left it for later. It's promising that they've phrased it through the gallery as if it will see any of the money produced by the AMS art sales. But any answer would be better than the half-sentence they've provided.

In 2012, the same question was posed in an AMS referendum and passed. I don't know to what affect — I don't know what was sold, how much was made or what that money was spent on. But five years later, it's looking like some serious déja vu.

These 72 artworks make up a massive collection for a university alma mater society to own and clearly we're not able to care for it properly, let alone show it off. The current Hatch Gallery space can only display a percentage of the collection and their funding doesn't allow for extensive conservation which is direly needed.

Maybe I’m saying don’t vote yes in the art sale referendum. With the likelihood of a low sale and the uncertainty of where this money will go, it’s probable that the average student won’t reap any benefit from the art sales.

Maybe I’m saying do. Maybe we should hold our AMS accountable — get them to sell some art, make some bank and put their money where their mouth is — or back into the collection that they’re selling.

Mary Buckland is a fouth-year arts student as well as Hatch Gallery technician.