Letter: Free Speech Club hasn't given us a reason to take it seriously 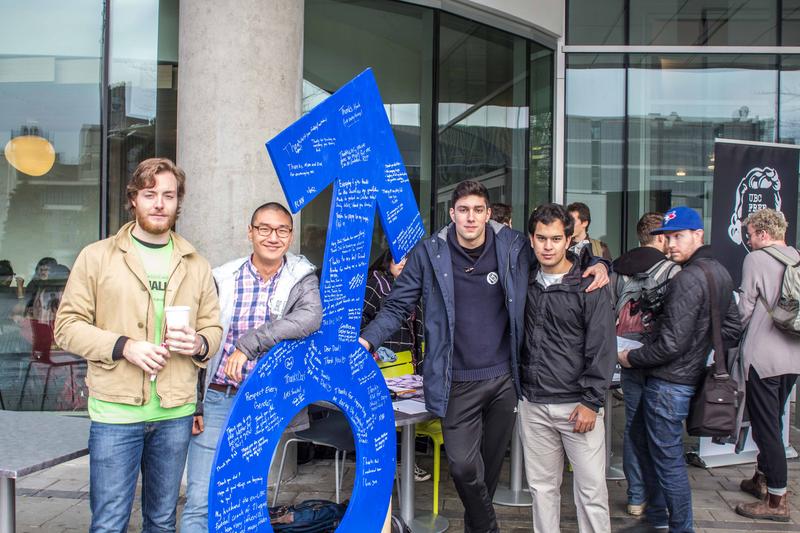 The UBC Free Speech Club is certainly polemic in their defence of the right to say what they want. Whether or not it’s effective is a different question entirely and one that I’d like to address in brief.

Given the current political climate, I don’t think what they are doing as individuals or as an organization is at all surprising. The value of shocking statements in politics at all levels — from the mixed, small town/student government environment of campus, all the way to national (US) and international (Brexit) politics — is obvious. It’s having a definite moment, and whether or not it will be a flash in the pan or a long-lasting current is difficult to say.

What's true is that these kinds of politics are inextricably linked to the idea that the voice of certain — and rather large — cohorts of the population isn’t being heard. In this way, it’s a brand of damaging identity politics, a sort of tribalism and takes part in the same behaviors that the supporters of both populist politics and men’s rights (which is a difficult term) often charge other groups — feminists, activists for minority or immigrant rights, proponents of political correctness — with encouraging, towards divisive ends.

In either case, the AMS has shown itself to be apolitical in chartering the group behind the yearly anti-abortion demonstrations, so even a contentious club has a good chance of being chartered. This by itself undermines then-president of Free Speech Louis Jung’s assertion that the club’s charter was refused because it “isn’t a feminist masculinities club.”

The UBC Men’s Rights Club was probably not rejected for wanting to work on issues such as biases in legal proceedings about child custody or towards presenting an additional perspective to the Sexual Assault Support Centre’s Healthier Masculinities program. Here are the goals expressed by Phillip Johnson of CAFÉ with which the UBC Men’s Rights club is associated.

They probably were not rejected for presenting an opinion that club members feel is contrary to some institutionally enshrined feminism. The protests organized by UBC Lifeline are very unpopular, and yet by following proper procedure and cooperating with the AMS, UBC and UBC Security to book time and space, their protests have been staged successfully for years.

Perhaps instead it comes from the somewhat unpalatable reaction that the AMS's decision drew from supporters. To draw a parallel, I’d like to mention the actions of certain members of Hong Kong’s Umbrella Movement when they were to be sworn in as members of the SAR’s Executive Council. Their refusal to take the oath that all other members had taken, combined with a variety of antics including opening umbrellas in the chamber, led to a refusal to seat three members.

One doesn’t have to look very hard to see a certain similarity between this and the AMS’s unwillingness to deal with a group whose members go by handles like “DJdeportation” on Twitter and draws support from a club whose leader bluntly proclaimed the AMS's decision “bullshit.”

Coupled then with proceeding to place a male symbol on the engineering cairn, just steps away from the site of commemorations for the Montréal Massacre, the overall picture they paint of themselves is that they are a volatile group, impulsive and more bent on expressing displeasure than following due process or cooperating with others to achieve their goals.

The real reason they aren’t being taken seriously is perhaps because they aren’t acting seriously. One could petition, could rewrite their club’s proposal, could speak with the SASC program directors with the aim of forging an unlikely but perhaps productive alliance — a variety of ways forward were open. Through their actions, the club’s organizers and supporters have loudly rejected all of them. The firebrands have burned their bridges and are now frustrated they can’t cross the river that lies between fringe group and recognized clubs.

As I’m sure members of the Free Speech Club would agree, one has a right to say what they believe and they’ve certainly said it. However, there’s no such right to being taken seriously. That they have to earn.

Patrick Gillin is a fifth-year student majoring in Spanish.