Letter: How to create a more effective pro-life campaign 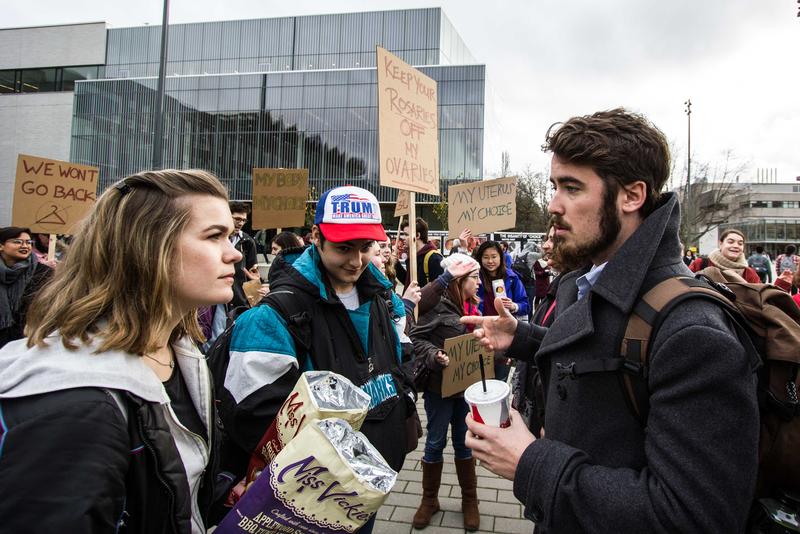 It’s that time of year again. Your members are brave and dedicated for standing up for what they believe in, but the current approach is a waste of time.

For all the money and effort that must have been put into the graphic displays, it isn’t likely that they are winning over the people’s hearts and minds.

“When presented with arguments, people tend to entrench their positions even more. The research would suggest that none of this would've changed anyone's opinions,” said Kalina Christoff, a psychology professor, in a previous interview with The Ubyssey. “Essentially, that protest was doing the opposite of what it would actually take to potentially change other people’s opinions.”

More importantly, I fail to see how productive this protest and other awareness projects are at stopping fetuses from being aborted. Even if pro-life groups are successful at lobbying for anti-abortion laws to be passed, abortions will not go away as long as wire coat-hangers, among other things, are still available. Will they be banned too?

Therefore, the only effective way to stop fetuses from being aborted is to stop the pregnancy from happening in the first place.

No, I’m not advocating for abstinence-only sex ed. It’s old news and the only things that come from that are people who are ignorant about their genitals and a higher rate of STD transmission.

Instead, more focus should be put on proactive approaches such as expanding access to birth control and comprehensive sex ed. Since UBC Lifeline is a secular organization, you are free of all the religious constraints to pursue these ideas. Just imagine the possibilities!

Want to create an open and civil dialogue? Engage people in meaningful conversations with the upbeat backdrop of a bake sale for male birth control research.

Want to create comprehensive change? Lobby UBC to provide free contraceptives for all.

Want to create a publicity stunt that rivals comparing abortion to the Holocaust? Look into the idea of shooting condom packets out of a giant confetti gun. However, more brainstorming is required here because I’m not sure if anything could match the absurdity of that comparison.

Furthermore, it is not enough to simply feature the contact information of adoption services on your posters.

Pregnancy doesn’t happen in a vacuum. There are social stigmas and economic burdens that come along with being pregnant when you aren’t ready. As a result, there should be campaigns that focus on de-stigmatizing unwanted pregnancy instead of vilifying those who can’t afford to carry the pregnancy to term.

Likewise, there should be a push for expanding the access and financial support for childcare. Until then, unintended pregnancy will continue to be viewed as a burden instead of a “pleasant surprise.”

In the end, UBC Lifeline has two options — you could work toward eliminating the root causes for the need of abortion services or you could continue to debate the definition of “fetus” with die-hard pro-choice people in the cold. The first option is frankly more effective at achieving your goal of stopping fetuses from being aborted.